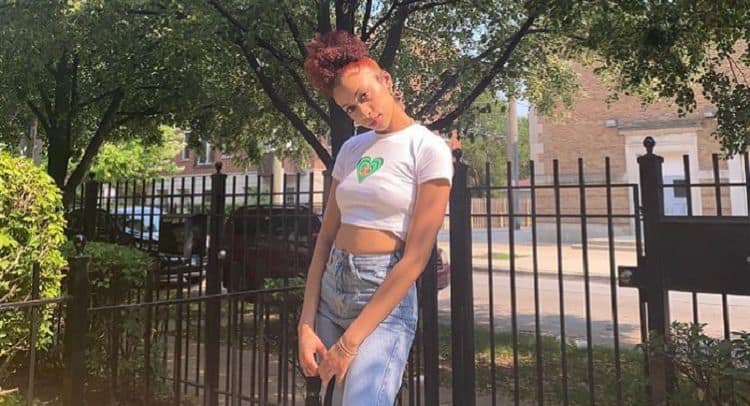 Being a content creator is a career goal for so many people. A decade ago, it wasn’t even an option. The term content creator was foreign to everyone who heard of it, but that is assuming anyone ever heard of it. It was not a job title. Influencer was not a word that people knew. Blog collaborations were not for just any person. You were to grow up, go to college, get a job working for someone else, and you were meant to do it all in a timeframe that worked for your future. Now, though, you can post some videos, go viral, and become the next Trinity Marie. She’s a content creator who has made it big online in a world that is changing virtually every moment of every day.

Trinity Marie is not that old. She was born on May 22, 2000. She’s a baby born on the first day of the new millennium, so growing up with social media prevalent in her most formative years is not something she is unfamiliar with. She didn’t know any better growing up. Everyone had social media, and it was always part of her life.

Her entire famous existence is due to her sense of humor. She’s funny, and she knows it. She posts humorous videos online, people love them, and she gets to spend her time focused on things that make her feel good about her life. She gets to make a living while making people laugh. That is not a bad gig.

What is so amazing about Trinity Marie is that she’s not an established online presence. She didn’t get TikTok in 2018 like so many other people did. She opened her account in January of 2020 and posted a video, went viral, and now she’s famous. She didn’t know what might happen when she did this, but it worked out for her. She’s a newbie, too.

4. Her First Video is Interesting

When people ask what made her famous, she can say her humor. However, the first video she ever posted that earned her more than 1 million views was about her being bit by a mosquito. Of course, it’s a common occurrence for so many people who live in the south, but there are people in other areas of the world who just don’t know. And, apparently, it’s a thing.

5. She is Close to Her Family

She often shares videos on her platform that feature both her father and her sister. While we don’t know much about either of them, she does seem very close to her family. She seems like the kind of young woman who likes to spend her life hanging out with her family, and that is a good thing.

6. She Has a Large Following

She has more than 10 million followers on her TikTok channel, but she also has more than 408k on Instagram. It’s huge for her. She’s an official influencer, and the world is looking to see what she can create and how she can continue to grow her online following.

She is a young woman who is not afraid to take risks when it comes to her fashion choices. While her own style might not work for everyone – but that’s the beauty of fashion, isn’t it? – it works well for her. She can pull off just about everything she wears, and she looks confident and beautiful doing so.

One thing you will immediately notice about Trinity Marie if you follow her on Instagram is that she has some of the most beautiful makeup looks imaginable in her photos. She can rock anything, and she does it with ease. She can pull off some serious looks, and the world always wants more from her.

Trinity Marie is good at showing the world what they want to see without showing them too much of her life. She has reached a lovely balance between sharing and over-sharing. She is good at letting her followers and fans think that they know so much about her, but she really doesn’t share that much in terms of her personal life and what she’s up to behind the scenes.

She was diagnosed as Bipolar at some point in her life, and she likes to share that with her fans so that she can raise awareness. She doesn’t want to hear anyone’s negativity about her diagnosis or the fact that she shares. She wants to make people aware that they can find the help that they need, that they are not alone, and that they have options. She’s living it with everyone else who has been diagnosed and who will be diagnosed in the future.