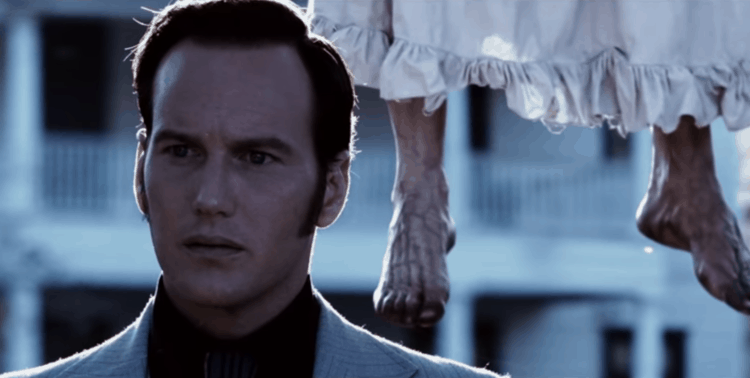 In 2013, James Wan introduced the world to The Conjuring, which followed real-life paranormal investigators and demonologists Lorraine (who actually has a cameo as the consultant) and Ed Warren in the 1970s as they investigate supernatural activities. The first Conjuring focused on The Perrons and their five daughters, who have discovered a possible supernatural presence that has invaded their new secluded farmhouse. Instantly, the film was met with praise from both audiences and critics alike and garnered a staggering $319. 5 million worldwide based on a reported production budget of $39 million.

Of course, the success of the first film spawned a universe featuring sequels and spinoffs, namely The Conjuring 2 (2016) and The Conjuring 3 (2021), which have both killed in the box office as well. Now, the recent Conjuring movie wasn’t as widely praised as the first two films, though it wasn’t critically panned either. However, were the first two films that have over 80% on rotten tomatoes overrated trash? Well, I wouldn’t call The Conjuring 1 and 2 trash, though both films are indeed overrated. Here’s the thing, in 2021, every possible movie idea has been done at this point. Especially horror.

Are you looking for a slasher crazed maniac? Just check out Jason, Friday the 13th, and Halloween. Or what about some killer animals? Maybe a shark, alligator, or birds? Jaws, Crawl, and Alfred Hitchcock’s The Birds. Or maybe you’re in the mood for some good old-fashioned torture? Hostel, Saw, and The Collector got you covered. I’m pretty sure you get my point by now. Granted, this isn’t me saying that originality is dead. Just because there aren’t any more original ideas left in Hollywood, doesn’t mean that a fresh perspective can’t be done.

1996s Scream, starring Neve Campbell, David Arquette, and Courtney Cox falls into the slasher crazed manic story; however, Wes Craven and Kevin Willamson play with the slasher horror movie tropes and turn the rules on its head, making the film something new that’s never been seen before. Shaun of the Dead turned the classic horror movie into a comedy following two slackers who have to deal with the zombie apocalypse. However, The Conjuring is not in the vein of Scream or Shaun of the Dead, meaning it’s a film we’ve seen millions of times before. The ghost story about a vengeful spirit who has a knack for jump scares wasn’t anything new in 2013 but the movie became a huge success despite being a generic horror film.

Why? Well, there’s no denying how talented of a filmmaker James Wan is. Yes, there’s familiarity in these Conjuring films but the writer/director knows how to create tension, drama, and strong scares. It helps that The Conjuring had a top-notch cast, namely Vera Farmiga, Patrick Wilson, Lili Taylor, and Ron Livingston. Horror has been often seen as bottom-of-the-barrel entertainment with usually no-name talents trying to get their foot in the door.

To have high-level talents both in front and behind the camera was a nice change that helped boost the first film. The same thing can be said about The Conjuring 2. The key to these films are Ed and Loraine Warren, and Vera Farmiga and Patrick Wilson have fantastic chemistry together, which the films wisely use their relationship to their advantage. Like the first Conjuring, Part II isn’t something that you haven’t seen before, but all the pieces of the puzzle that made The Conjuring a great film were present here especially James Wan’s direction. You’ve seen horror films that deal with religion before, and the scares were another “demon plays with its food until he/she decides to kill its prey” concept.

This takes me back to The Conjuring 3, which is a combination of The Exorcist, The Devil’s Advocate, and The Amityville Horror. The”devil takes over my body” angle is nothing new and despite an interesting direction of having a court case with the Warrens having to prove that Arne was possessed when he killed Bruno, the director fails to truly capitalize on the unique court case. Another thing that was missing was James Wan’s fantastic direction. The veteran had complete command of the first two Conjuring films, knowing how to properly set the mood and create tension throughout the film. This isn’t meant to be a shot at Michael Chaves, but it’s impossible not to notice the drastic difference once Wan stepped down as the director. All-in-all, The Conjuring films may be overrated but that doesn’t mean that they’re not fun. There’s no denying that these films are well made, but I can’t put any films on The Conjuring series on the level of  The Exorcist, Rosemary’s Baby, or Halloween because of the lack of originality.