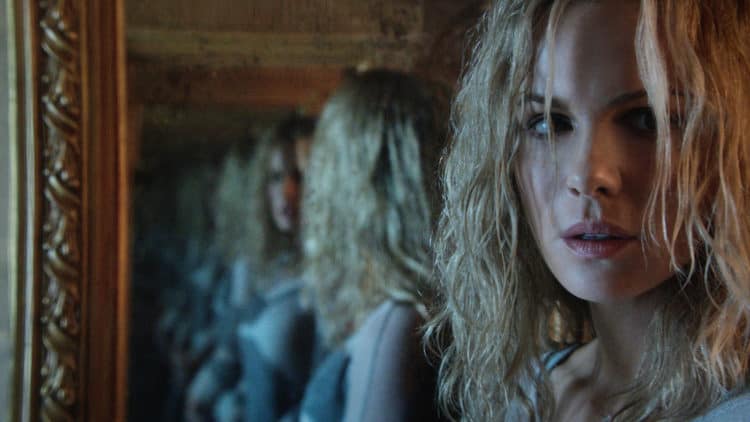 It’s not always easy to criticize a movie starring someone that people have loved for a while, but there have been a few movies that Kate Beckinsale has been in that haven’t really fired on all cylinders over the years. Perhaps it has more to do with the idea that a lot of people would rather see her as Selene in the Underworld series than anything else, but while she’s a good actor, there are times when one has to wonder why she takes on various roles when the movies don’t really do her any justice as an actor. An easy explanation could be that no matter whether the project is meant to be that great, actors are going to go where they feel the opportunity is., That feels accurate to be certain. But when it comes to various movies one has to wonder if actors take on movies such as this because they need something to do and they might even need a paycheck. That last point might not be accurate with everyone, but some actors need to keep working, either to get paid or because they feel the need to keep up their reputation.

Considering the fact that this movie was released back in 2016, it becomes easier to think that Kate might have completed this as a side project apart from her other, bigger roles. But the title is a little too accurate when it comes to describing this movie, sad to say. The story of Dana and David Barrow and their son Lucas and their move to an old home in North Carolina that’s actively falling apart is one that could have had a lot of promise had been handled in a way that didn’t cancel out its own suspense and kill off the interest by revealing information in such a tired, lackadaisical manner. It’s rough to say such a thing, but this movie appears to forget that it’s supposed to tell a story while scaring the hell out of the audience as it continually meanders from one scene to the next.

It’s usually understood that seeing Kate Beckinsale in a movie means that there’s going to be enough interest to make it worth sitting down to watch. There are a few moments in this movie that are worth paying attention to, but trying to claim that the entire movie is worth the effort is kind of tough. Essentially the movie boils down to the idea that moving into this home was a  big mistake as Dana does what she can to avoid having a complete nervous breakdown while trying to fix up the house, and in the meantime, the ghosts of the house are either trying to run her out or tell her a story as she has to find a way to cope with it and understand. Trying to follow the movie isn’t too hard, but trying to care about the family’s predicament is a bit tough since the movie feels a bit disjointed here and there, even if it does bring to mind a few ideas of classic horror movies that might have inspired the movie but didn’t translate quite as well as they could have.

The story isn’t all that bad since the fact of the disappointments room is something that one can’t help but think is a diabolical creation that many today would see as wrongful imprisonment or worse, but in this movie, it becomes the basis for a ghost story that doesn’t end up delivering the same kind of punch that many horror buffs are likely used to. The slow burn of this story is a big reason why some folks might not want to give it any credit, let alone enough credit for having someone of Beckinsale’s caliber as a cast member. One thing to note about a slow burn horror is that the best of them tend to build to a crescendo that is either forceful and earth-shattering for those involved, or insidious and capable of creating a long-lasting sense of dread that doesn’t dissipate that quickly once the movie is over. Unfortunately, The Disappointments Room doesn’t manage to accomplish either, and while it might try it comes up short, even with a few recognizable faces and a decent premise.

Trying to think of an argument as to why this movie should be given another chance isn’t too hard, it does have the ability to leave enough of a chill down the spine that it might frighten some folks. But trying to compare it to anything else would be a big mistake since this movie would pale in comparison to a long list of horror movies that have worked with the same premise. The thing about a horror movie that makes it great is that it leaves an impression, and as many have already said, this movie lives up to its title, unfortunately.