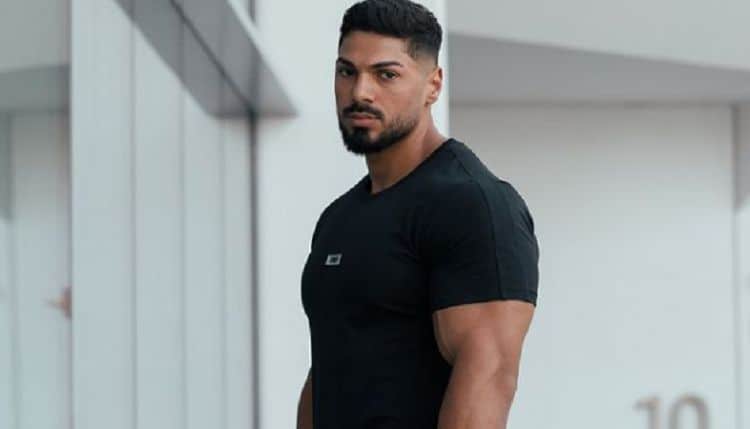 Andrei Deiu is one of the fittest men in the world. This young model and bodybuilder has been doing his thing since he was a teenager, but he wasn’t always a fit, handsome young man. He went through difficult times when he was younger, and he’s worked hard to pull himself up and into the man he is today. Here’s everything you need to know.

His life is all about competition. His first was when he was young, and he was not sure he’d be able to pull it off. He went all the way to Miami to be a competitor in a physique show, and that experience is one that ended up changing his life. He was hooked, and he made it his life.

2. He’s Been Doing This Since His Teenage Years

He was only 17 when he went over to the Miami show and made his goals bigger, better, and more intense. He was a child. He just knew he wanted to try it, and he knew he needed to get his foot in the door to see if it was a lifestyle he could live with. It turns out that it is.

3. He is a Fitness Model

In addition to being a competitor, he’s also a fitness model. With a body like his – one he works hard to maintain – he knows that being a fitness model is a natural way of life. He works hard to keep up with his fitness for himself, but the modeling is a side gig that benefits him in financial matters.

We might not believe lazy is the correct word to use here. He was a child. He was a young teenager who was too happy to sit at home in a chair or on the couch and play video games while snacking nonstop, and he began to gain weight as a result. He may not have been lazy. He may simply not have realized at the time that his interests were not as healthy as he imagined.

As a result of his rapid and increasing weight gain, kids made fun of him. He was bullied by those who were his own age, and it was hard on him. He didn’t like himself. Other kids didn’t like him, and he was in a situation that allowed him to feel down and out more often than not.

Did we mention that he came to Miami from London to compete when he was only 17? He was that serious about this move, and he made it happen. Even though he was so young, he flew from overseas to see if he could change his life.

8. He Didn’t Feel Confident He Could Change

9. He Has Good Genes

While he does work hard and eat well, he is also aware that he has some good genes. He simply manipulates them and uses them to his advantage now rather than not using them and being lazy as he was growing up – even if lazy is a strong word. He was a kid who wanted to snack and play games.

10. He Believes Change is Never Too Late

The really big thing we can learn from this intense fitness buff is that you can change anytime you want to change. There is no such thing as too late to change. If you want to be different, be different. You don’t have to stick around to see yourself continue to decline. You can change your life, get better, and make improvements whether you are a teen or someone in your 80s. It’s all about mindset.