Home
Television
Everything You Need to Know about Hype House Collective 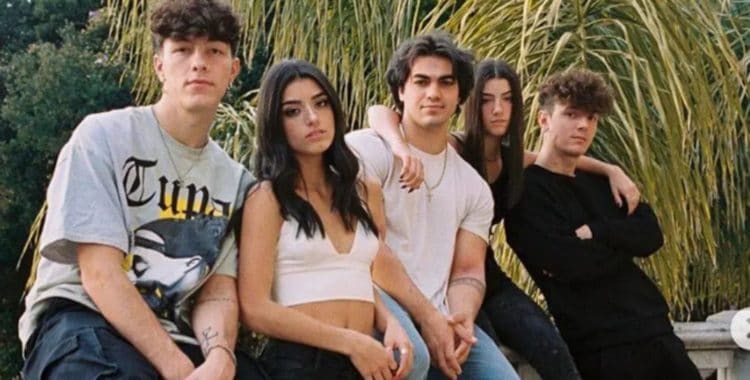 What do you get when you take a bunch of Tik Tok, YouTube, and Instagram stars and put them together in a mansion? Hype House Collective has over a million subscribers and growing. The group of young social media stars is having a riotous good time creating content and entertaining the world with their antics. It seems like they’ve hit on a successful method for becoming top social media influencers. What’s it like living in Hype House Collective? Who lives there, and what do they do? We’re here to answer all your questions about them and their unique content. Here’s everything you need to know about Hype House Collective.

Anyone can say Hype House is a bunch of social media stars, but that doesn’t tell you very much. Let’s start with Tik Tok in case anyone is behind the times. You probably remember Vine. The short-form video uploading website closed down in 2017. The idea of Vine was simple and actually a pretty good concept. People made short, mostly funny, video clips and shared them. It was like YouTube, but all the videos were the length of a commercial.

Vine may ultimately have closed down, but the idea lives on in Tik Tok. The new platform is a better interface than the original, but mostly it’s the same thing. Anyone with a camera can create and upload short videos. The most common are comedy, dance, pranks, caring, informational, and various arts. Often you’ll find hilarious lipsync vids, tutorials, challenges, and performances set to music or other famous soundtrack snippets.

Monetizing on Tik Tok is relatively straightforward when a creator has enough hits and likes. However, unlike YouTube, Tik Tok-ers don’t get a share of the ad revenue. Instead, they make their money by selling merchandise or becoming an influencer. An influencer is a new word for an old concept. As TechJunkie so aptly put it, Martha Stewart and Oprah are both influencers. As influencers, brands pay individuals to create content that includes them, like a commercial or an athlete’s sponsors. Hence, whether they get ad revenue from YouTube, sell their own products, or become brand reps as influencers, the Hype House Collective pays their $900 a month per room L.A. rent with their fame.

Where Did the Idea for Hype House Come From?

The brainchild of Thomas Petrou, Hype House, took less than two weeks to put together. Apparently, being a young, fun, social media star in the Los Angeles area is something people don’t mind sharing with their roommates. Especially when it garners them more fame and lands a sweet spot in an L.A. mansion that has pretty reasonable rent for the area. However, Thomas didn’t come up with the idea of creating a group home for social media stars.

Before he created his own version, he was a member of Team Ten, which has its own communal social media creation focused house created by Jake Paul. Ultimately things didn’t work out for him there. That wasn’t the only bad news he had recently. Petrou broke up with his girlfriend of five years. It seems like creating his own social media content mill was the perfect cure for what ails him. So that’s exactly what he did.

Who Lives in Hype House

While the HHC keeps the exact status of the roommates on the down low, like the address, there are some things we know for sure. Obviously, Thomas Petrou is in residence, but beyond that, there are quite a few faces that show up in Hype House videos regularly. Here are the live-in or honorable mention members of the HHC, according to Distractify.

Is Hype House in Trouble?

What would the folks at Hype House do if one of their revenue streams disappeared? After all, Vine closed down. Tik Tok could be next, though, for a very different reason. According to the New York Times, Tik Tok, a Chinese-owned company, is under review as a potential national security threat. The Army, which was previously using the platform to reach young people, has banned soldiers from using the app already. We can see why that might be a problem if it shows off anything like troop locations. However, we’re still a little mystified about how and why a bunch of kids in a mansion in L.A. could give away national secrets. Maybe they’re doing a lot more than making silly videos, but we doubt it. Regardless, if Tik Tok is banned, it might cut into their budget for a while.

It certainly seems like this group of social media dynamos have it made. They live in a gorgeous mansion in California and spend their days creating fun and unique content for the fastest rising short video platform there is. When it comes to ‘living the life,’ these young stars have it all figured out. We’ll certainly be watching in anticipation to see what they do next. Is this a new trend in entertainment? We think so. What do you think about groups of young entertainers moving in together to help advance and support each other’s careers? Is it brilliant and bound to succeed, or more of a fad like Vines? Would you want to live in Hype House? Let us know in the comments below.