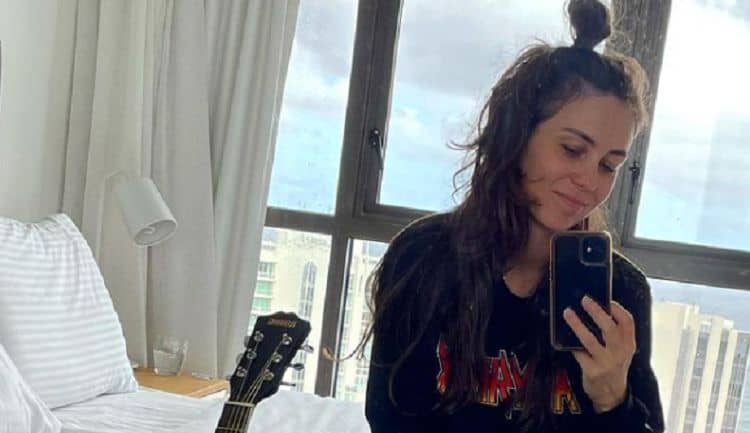 Amy Shark is a famous Australian pop star who recently canceled her upcoming Australian tour due to COVID lockdown guidelines in the country. She’s been in the spotlight for well over a decade now, and she continues to see her fan base grow. Those who love to hear her songs continue to tune in to hear what new music she’s making, to see what she’s up to in her life, and her fans are always clamoring to know as much as they can about her. It’s time for Amy Shark fans to learn all they can, and we have everything you needed to know.

Shark was born in the best decade. Her date of birth is May 14, 1986. She was born in Queensland, Australia. She and her half-sister, her mother, and her stepfather spent her childhood on the Gold Coast. She attended school there, she studied music there, and she made an impact there.

2. She’s Always Focused on the Arts

3. She Performed Under Other Names

She has done work using other names. She’s not always gone by Amy Shark. She’s released work using the names Amy Cushway, Little Sleeper, and even Amy Billings. She prefers to use Amy Shark, however, and that is how you will find her marketing all of her new music.

4. She Apologized to Fans

When she announced that the last three stops on her “Cry Forever,” national tour was postponed due to Australia’s excessive COVID lockdowns, she made it very clear to her fans that she is heartbroken about the decision she was forced to make. She calls the decision “unfair,” and said she knows, “it hurts,” but that she will make it worthwhile to everyone who is being forced to continue to wait.

5. Her Dad Was Not Present

While her mother did remarry and she lived with her mom and stepdad, Amy Shark still suffered because of her absent father. Much of her new album focuses on her feelings about being the daughter of a man who didn’t want her, and how that has affected her throughout the course of her entire life. It’s an emotional weight she cannot put down.

6. She Wants to Inspire

She knows the feeling of darkness. She knows what it is like to feel unloved even when she is so loved. Her hope is that this album is going to inspire even just one person who feels something similar to realize that they can still do what they want, achieve what they want, and make big things happen in their lives even if someone else makes them feel a certain way.

Before she finally made it big, she was ready to give up. She worked so hard. She tried for so long to get the attention of the right people who could help her career. It wasn’t working. It wasn’t happening. She felt like giving up, but she did not. She was at that point, but things changed for her.

8. She Did Not Have a Bad Life

She jokes that her life was really sad, but she is always quick to say it was not. She had a great life with her mom, and she’s very happy about that. What her father did by abandoning her was difficult for her to deal with, but otherwise her life was a very happy one and her mother made sure of it. Moms are the best.

Unless she’s singing, that is. She will write about her life and experiences, but she’s not one to share too much about her personal life otherwise. She’s had a good life, and she’s always looking to see if she can improve it in some capacity. She likes to keep what’s important to her to herself, and that is so important when you are this famous.

She is a woman who has had the pleasure of collaborating with some very famous people in the music industry. Does the name Keith Urban ring any bells? What about Jack Antoff? She’s worked with Ed Sheeran, too. She’s certainly taking the music world by storm if they recognize her talent.