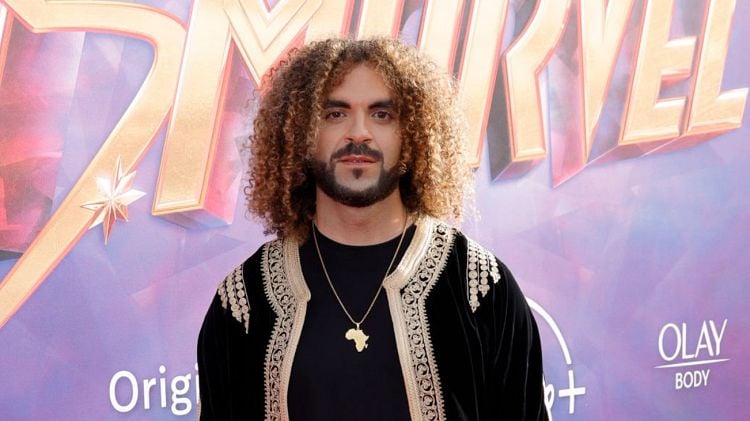 Adil El Arbi’s journey in the entertainment industry hasn’t been without its bumps. Over the years, he went from nearly giving up on his filmmaking dreams to making movies that have been seen by people all over the world. His best-known movie is the 2020 film Bad Boys for Life, but now he’s getting ready to make his name even more memorable. Not only did he direct two episodes of the Disney+ series Ms. Marvel, but he and his creative partner, Bilall Fallah, are also the directors of the upcoming movie Batgirl which is set to be released at some point in 2022. If you’re not familiar with Adil yet, now is the perfect time to start. Keep reading for 10 things you didn’t know about Adil El Arbi.

1. He Has Morrocan Roots

Adil was born and raised in Belgium. However, his family’s roots are actually in Africa. Both of Adil’s parents are originally from Morroco and he is very proud of his culture. This background is also something that he and Bilall Fallah have in common and their culture plays a big role in who they are as creators.

2. Jurassic Park Inspired Him to Get Into Filmmaking

Jurassic Park is easily one of the most memorable movies of the 1990s, but to Adil, it’s much more than just another box office hit. During an interview with Inverse, Adil said, “It started with Jurassic Park. It was the first time I would see behind the scenes footage, and this guy with the hat and the beard and the glasses seemed to be making all the movies. I thought, I want to have his job.”

Not only has Adil been fortunate to find the thing that he loves to do with his time, but he’s also found the person he loves to spend his time with. He is happily married to a journalist named Loubna Khalkhali. As far as we can tell, the couple does not have any children together.

Adil’s work in the entertainment industry has allowed him to enjoy lots of cool opportunities. Among those opportunities has been the chance to travel to different parts of the world. Over the years, he has gotten to visit several countries including the United States and Italy.

Adil has spent the majority of his career behind the camera and it’s clear that’s where he enjoys being the most. However, he has also made some minor acting appearances here and there. Some of Adil’s acting credits include movies like Bad Boys for Life and Blind Spot.

Since Adil is more comfortable behind the camera, it’s probably not too surprising that he doesn’t have much interest in putting his life on display. For the most part, he has chosen to stay very private and it’s not often that he shares much information regarding his personal life.

7. He Went to Film School

Once Adil decided that he wanted to be a filmmaker, he knew he had to learn everything he could about the filmmaking process and the entertainment industry. He attended the LUCA School of Arts in Belgium where he met Bilall Fallah. It’s unclear if either graduated from the school.

Michael Bay is easily one of the most well-known directors of his generation. He has brought us some of the biggest action movies of the 1990s, 2000s, and 2010s. While talking to Inverse, Adil said, “When you study in art school and you mention Hollywood, it’s a bad word. You mention Michael Bay, that’s no bueno. But, the fact is, Michael Bay is one of the directors who’s movies we’ve seen the movies. We studied his movies. We studied parodies of his movies. You don’t go to Michael Bay to see something going to Palme d’Or, you go for entertainment and the mastery in how he shoots action.”

At this point in his career, Adil has accomplished more than some people can even imagine. However, he isn’t the type to be content with that. There are still lots of things he would love to accomplish in the future, and he enjoys pushing himself to learn as much as he can.

10. He’s Good Friends with Will Smith