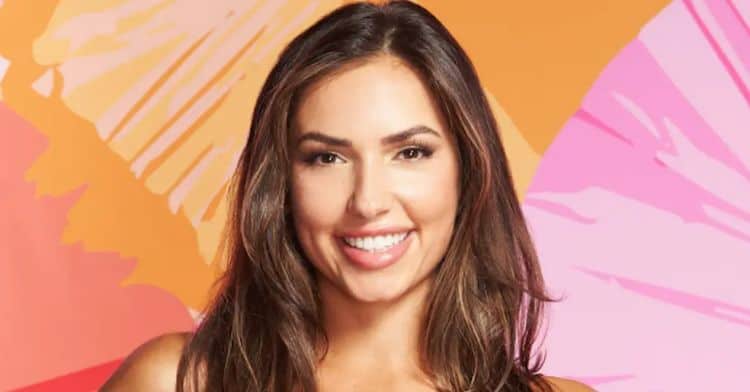 Fans of “Love Island,” are always interested in learning who the new stars of the show are. They bring in new faces just when people begin to feel comfortable with their connections and their friendships, and the entire purpose is to shake things up and make it all dramatic for television. Bailey Marshall is a new face on the show, and fans are curious who she is and what she will bring to the table now that she’s made her grand entrance. She’s there to spice up the entire situation, and we have a feeling she’s going to do just that while she looks for love.

1. She is a Marketing Intern

When asked about her job, she describes herself as a marketing intern. We assume this means she’s looking for a more permanent – and paid – position with a marketing firm. This is the line of work that interests her, and she’s looking to make a name for herself in the marketing world.

While it’s not a rule that the contestants have to be young, it just seems to work that way most of the time. Bailey Marshall is a young one. She is only 23, which is another reason she’s currently working as an intern and not already involved in her career.

She is a Pacific Northwesterner, and she is happy to be in the islands. She is from Portland, Oregon, which is a beautiful city, but it is not one that is known for its sunshine and warm weather. It’s slightly less sunshine and more rain there, and it’s cold more often than it’s hot. She is someone who is accustomed a very different lifestyle living in that climate.

She clearly enjoys warmth despite growing up in the PNW. When it was time for her to head to college, she went south. She headed straight for Arizona where she enrolled as a student at the University of Arizona. While she was there, she spent time with her sorority sisters and studying. She was part of the Alpha Phi sorority, and she made lifelong friends while she was there.

5. She Adores her Friends

If her Instagram feed is any indication of how she feels about her friends, it’s a sign she adores them. She spends the vast majority of her time with her girlfriends having a good time, and it also appears she has no shortage of friends. It seems she has more than most people can even count.

She does share her friends all the time on social media, but she does not share her private love life. Her personal life, her dating history, and anything else that has to do with things more private than not is not advertised on her page. We don’t know if she had a long-term relationship or boyfriend in the past, what she wants in a man, or anything else. She is tight-lipped about those things.

She is not just a college graduate. She’s a college graduate who managed to leave four years of university with an impressive grade point average on her transcripts. She graduated from college with a 4.0, which means she had straight A’s throughout her college career. Considering how much time she spent focused on her sorority and hanging out with her friends, we have a feeling she is exceptionally intelligent.

8. She is a Travel Lover

When she is not working and filming reality television, she’s traveling. She loves to see the world, and she seems happiest on or around a beach. She is not afraid to show off her travel photos, her beautiful snapshots of the world, and to go where she feels called.

9. She is a Football Fan

She’s as well-rounded as they come. She enjoys traveling, spending time with her friends, working, and she thrived in college, and she also loves football. She’s regularly at NFL games, so we have a feeling that the NFL is her league of choice, though we imagine being a recent college graduate that she also enjoys the sport on the college level.

10. She’s Not Sure Where She Stands