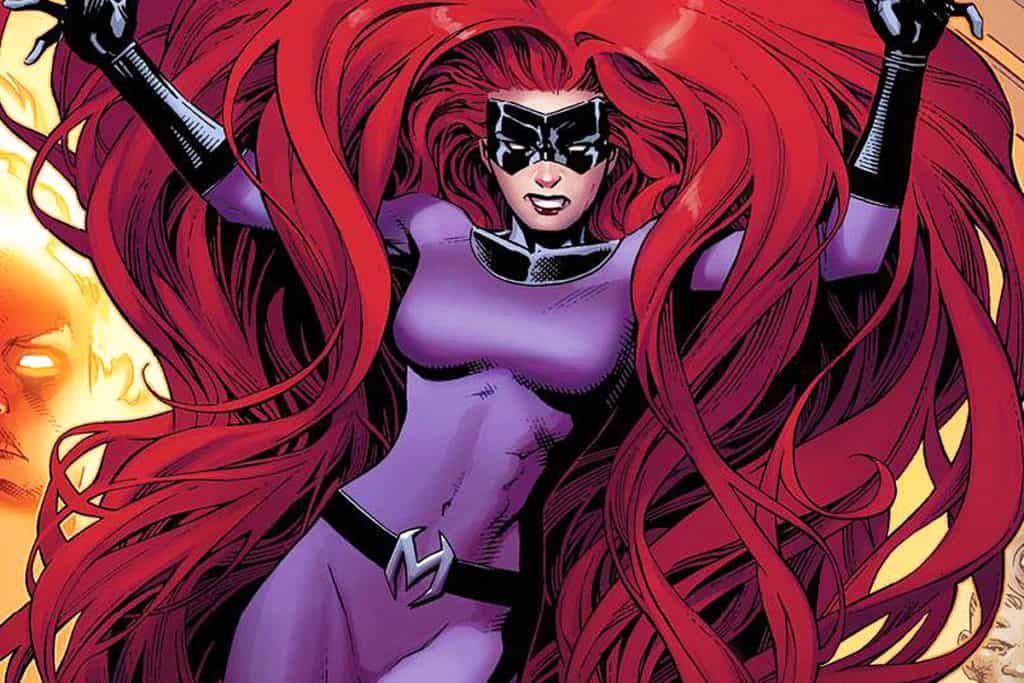 With all respect to Serinda Swan, since she did better than a lot of people might believe, Medusa is another character that deserves to go to the big screen, or to a TV show that can last more than a single season. The main thing that most people fixate on is her hair, which is normal since she has such precise control over every strand of crimson sprouting from her head that it’s been listed as being able to lift a ton on its own. She’s not strong or quick as many other heroes, but her fighting skills are well above average and she has the other Inhumans to back her up since she has a great deal of leadership ability, and she’s one of those that Black Bolt, their leader, trusts the most. To say that she’s an influential character is putting it lightly since she holds a very high position and can hold her own against many people in the Marvel universe. The one thing about any woman that would be able to play her though is this: they would have to prove they could be tough all the way around.  Here are a few women that might be able to play Medusa in the MCU.

She’s kind of an outlier really, but Alicia has shown throughout the years that she can be the serious type that can take on a role and really nail it. She might not be at the top of the list but it does feel that she’s someone that should be considered. Her time as a superhero came quite a while ago, but it’s fair to say that she still might have what it takes to suit up and take another run at it. This time it would be great if she wasn’t given a lot of horrible one-liners that would cause her to sound extraordinarily cheesy. There are a lot of ladies that could take this role, but along with several others, Alicia might be a decent choice.

This might appear to be another odd choice, but it’s one that’s made with the knowledge that Amy Adams can be damned tough when she wants to be, kind of like a diamond that’s just waiting for someone to try and see how easy she isn’t to break. So far the only comic book character that she’s been seen to play is Lois Lane, but one has to remember that Lois’s attitude is a big part of her character and what’s managed to keep her around for so long. Giving Amy the role of a woman that can do something extraordinary would be kind of fun since it would be interesting to see how she would fill the spot.

This is where things get a little more realistic since Charlize has been tearing it up over the years and her reputation has been building with every action movie she’s taken on. Casting Charlize in this role gives the feeling that it would work without question since not only is she tough in every way that matters, but it feels as though that she would work well with most of the cast that has called the MCU home for a while, and would make it work with whoever took on the other roles of the Inhumans. This is one selection that would make the most sense as she’s earned the distinction of being one of the best action stars in the world over the past decade.

Picking Claire has more to do with her looks than with any perceived toughness that she might be able to summon up since a lot of the best roles that she’s taken on haven’t forced her to be inordinately tough, but she’s definitely been effective in whatever she’s done. Plus, she does have a look that suggests that she could at least act tough, and possibly go beyond that. Apart from this, it’s fair to think that Claire might need to toughen up a bit for this role, but she does strike me as someone that could take this part and work with it in a way that many others might not be able to. She’s not the perfect pick, but she would work.

If you have to wonder why I made this pick my number one then you might not have watched Vikings, where she portrayed the absolute toughest shieldmaiden on the show. This alone is why I happen to think that she would be perfect for a role like this if she wanted it. Given that Medusa is a fighter, and is skilled at hand-to-hand combat, and doesn’t only rely on her hair, it’s easy to think that Katheryn would be able to take this part and run with it with a fair amount of ease.