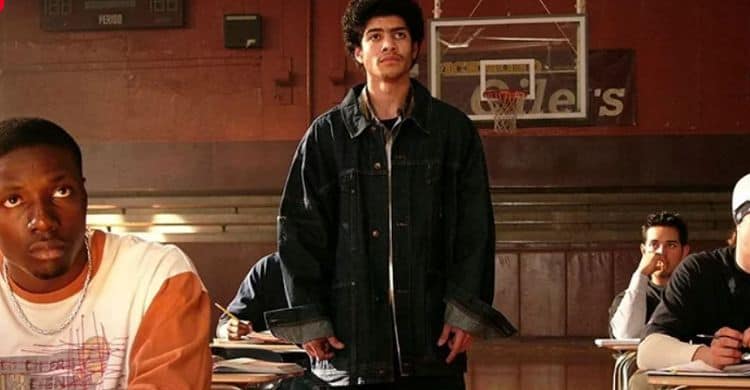 Rick Gonzalez’s face is one that you’ve probably seen quite a few times over the years. The talented actor began his on-screen journey in the late 1990s and he has been a fixture on our screens ever since. From movies to TV shows, Rick has repeatedly shown that he knows exactly what to do every time he steps in front of the camera. Rick is most well known for his role in movies like Coach Carter and Roll Bounce as well as shows like Arrow. No matter what kind of role he’s playing, Rick is the kind of actor who always puts his best foot forward. As a result, he has earned the respect and admiration of people all over the world. Keep reading to learn 10 things you didn’t know about Rick Gonzalez.

1. He Is A Brooklyn Native

Brooklyn has a long history of being home to some incredibly talented people, and Rick Gonzalez is proud to be one of them. He was born and raised in Bushwick and he attended the legendary Fiorello H. LaGuardia High School of Music & Art and Performing Arts.

Rick has never been the type of celebrity that likes to put his personal life on display for the world, but one thing he’s never been shy about is the fact that he’s a devoted dad. He has one child, a daughter named Skylar, and he loves spending time with her whenever he can.

3. He Has Always Loved To Perform

Even though Rick doesn’t come from a family with a history in the entertainment industry, he’s always gravitated towards performing. When he was a kid, he would put on shows for his family and it didn’t take long for people to realize that he had a special talent. Little did anyone know, Rick would go on to become a major star.

Acting is what Rick Gonzalez is best known for, but it’s not the only area of the arts that he’s interested in. Rick is also a talented musician. In 2011, he released a mixtape called The Invisible Man. Unfortunately, however, his acting has completely overshadowed his attempts to be a musician. It’s unclear whether he has plans to release any more music.

Although it’s unclear if Rock has ever played sports at a competitive level, we do know that he is a serious sports fan. He especially loves baseball and once ran a blog called “October Gonzo“. In addition to baseball, he also loves basketball and despite being from New York he appears to be a Lakers fan.

Keeping himself in great shape has always been at the top of Rick’s priority list. Even though his schedule is probably extremely busy, he always makes time to work out. Whether he’s in the gym or exercising outdoors, you can bet that Rick is going to get a good sweat in.

7. He Isn’t Afraid To Stand Up For What He Believes In

There are lots of people in the spotlight who prefer to keep their personal opinions to themselves. This is especially true when it comes to subjects that could be considered sensitive or controversial. However, that has never been Rick’s style. He is all about using his platform to raise awareness of the issues that are important to him such as the fight to end racism.

Fashion can be a great way for people to express themselves and that’s exactly what Rick likes to do. He has a great sense of style and a knack for putting together great outfits. Whether he’s getting ready for a formal event or just hanging out with friends, Rick is always going to look his best.

9. His Faith Is Important To Him

We weren’t able to find any information on his specific religious beliefs, but we do know that Rick’s faith plays a major role in his life. In fact, the first word in Rick’s Instagram bio is “Believer”. There’s no doubt that Rick has had to lean on his faith several times over the course of his career.

There are plenty of people who are perfectly fine with living their entire lives in their comfort zone, but that isn’t the case for Rick. He’s the kind of person who isn’t afraid to try new things and he doesn’t shy away from a good adrenaline rush. From traveling to swimming to horseback riding, Rick loves a little adventure.

January 5: Top 10 Events This Day in Movie and Television History
Comics Lists News Things You Didn't Know Whatever Happened To