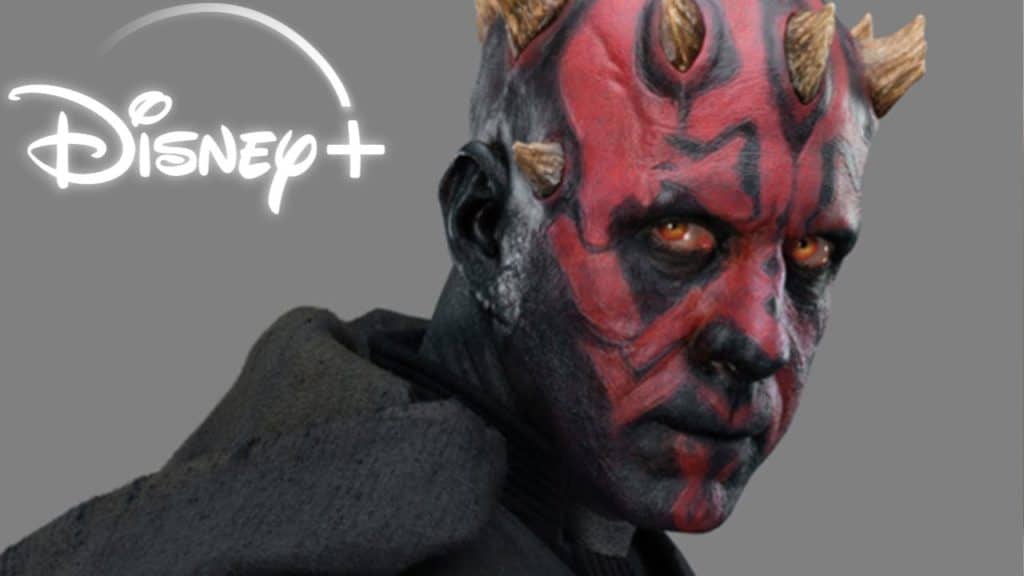 Some villains don’t get to simply die after being introduced in one movie, and in some cases, that’s a good thing since the character known as Darth Maul is one that a lot of people have come to enjoy over the years since he whipped out his double-bladed lightsaber in The Phantom Menace and changed the game forever. Granted, double-bladed lightsabers were already a part of the comics and the Sith were nothing new, but the appearance and the ferocity of Darth Maul were what was unexpected, and one has to remember that not every person that went to see the movie was aware of what went on in the comics since the debate over what was canon and what wasn’t was still going at that time. As of now the prequels are canon, or at least that’s what a lot of people are saying, and that means that Darth Maul is still around and will be able to show up again in order to do whatever it was that he was doing at the end of the Solo movie and possibly show up in the Obi-Wan Kenobi series that will be coming to Disney+ eventually.

But getting his own series would be interesting since quite a bit of his past has already been seen in the comics, the animated series in which he’s been a part, and his life has even been fleshed out in a few ways in the novels that have come out using him as the main subject. So it’s fair to think that a lot of people might know a great deal about the Zabrak, and even his brother Savage Opress. The fact that they were both from Dathomir and that Palpatine saw something in Maul is kind of old news at this point, but there are plenty of assignments that Maul was sent on to prove his worth to Darth Sidious, and it’s been made evident, or at least possible to think, that losing Maul was actually a setback until Anakin Skywalker matured enough to suit Palpatine’s schemes. There is a debate as to whether Maul could have taken on Count Dooku and survived, but it tends to lean heavily toward Dooku despite the fact that Sidious saw more potential in Maul.

There are facts to consider here as well since Maul couldn’t produce Force lightning, but he was, as some would say, more skilled at lightsaber combat than Dooku. Their Force powers would likely lean in the direction of Dooku when it came to having an edge since the former Jedi had experience and added training on his side. If all one was to go on was potential then it would mean that Count Dooku would be victorious. But watching Maul’s life as he grows, if that’s the intent here, or if he’s put through one trial after another to prove himself as a series of flashbacks, would be quite interesting since thus far we’ve only seen a majority of this in books and graphic novels. There was a lot of effort put into Maul by Sidious, and the fact that the two had a falling out in the animated series is all well and good, but the added fact that Maul created his own crime syndicate, or took one over, is bound to make for an even greater story since it would hopefully explain what was going on at the end of Solo.

It’s a big hope that we would get to see a lot more having to do with Maul’s rise, but all the gaps in between when it comes to how he came to be feared by so many would be just as great as the vengeful Sith has no doubt crossed a great deal of the galaxy in order to get vengeance on those that wronged him and set himself up as a true villain finally that can operate on his own. But there does appear to be only one way for his series to end if it does come to that, and it would need to end the way it did in Rebels with the final showdown with Obi-Wan. Unless a limited series is in the works, then there would need to be a lot of other stories to tell about the horned warrior since no one is bound to want this tale to end too quickly.

Maul is one of many characters whose story could have gone either way when he was coming up, but thankfully fans took to him and ended up becoming enamored with the red and black-faced Sith Lord in a way that many happened to fall in love with Darth Vader. A matchup between these two was actually conceptualized in a comic at one time, and while many wouldn’t want to believe it, Vader came out on top since his self-loathing actually helped him against Maul. In the theater or on TV we’ll never get to see this unfortunately since that would be a lot of retconning that the fans wouldn’t be likely to sit still for.