Home
Television
Y: The Last Man Might Get a Second Season 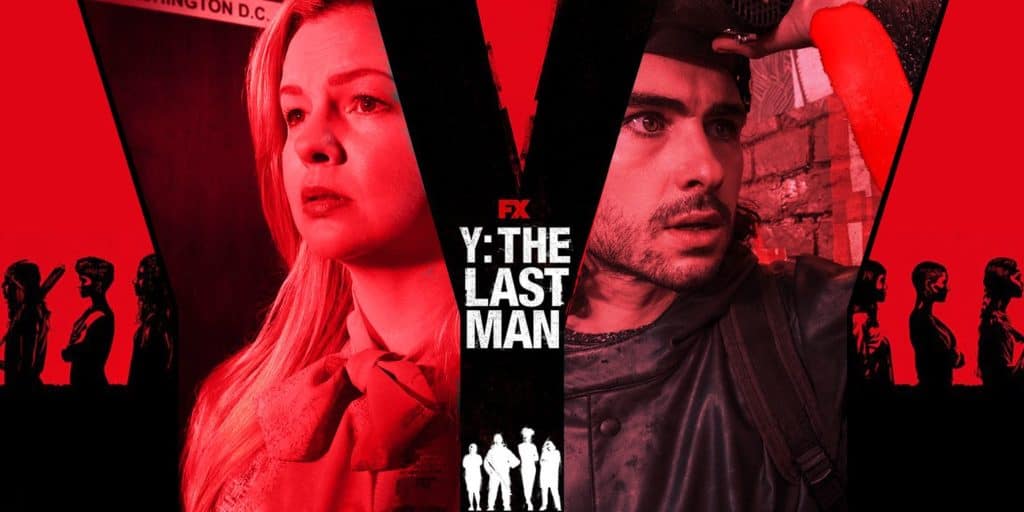 Y: The Last Man hasn’t been completely abandoned yet since the showrunner and the fans are pulling for the series to return since it was dropped from FX on Hulu not long ago. The way it was dropped was unfortunate since things had started to pick up a bit, and the fact that the last man, Yorick, and his monkey, Ampersand, were the last living creatures on the planet since every human and creature with a Y chromosome had already perished at the same time. Why Yorick and his animal companion had been left untouched was hard to figure out, and is still a mystery in fact, but the state of the world is kind of amusing in a very morbid way since there are still those out there that believe that a world without men, or at least a world without men in charge, could be far more peaceful and less likely to break out into fighting among the survivors. That hasn’t been the case with this show since the women have been every bit as violent, sometimes even more so.

The level of madness that the world descended into didn’t take long to develop since after the men died and the women were left behind it became clear that a power struggle was going to take place since those in power and those that wanted answers were set against each other quickly as the tension escalated with each passing second. The fact that the woman in charge, played by Diane Lane, tried to keep her son Yorick from being discovered, became an even bigger reason for dissension in the ranks when he was seen by one of her trusted friends. If that wasn’t enough, there are groups of women throughout the country that have banded together and, in some cases, created a respectable and peaceful existence that is helping them, just barely, stave off the idea that there are no more men left. Some women believe that there are men still to be found, and others believe that they’re better off without them.

This latter group of women is made up of those that are bound to be the biggest problem since the group is made up of those that have been abused in the past and have little to no reason to trust men. Plus, they’re being led by a woman that has a serious mental issue, if not more, and has the utmost need to be the center of attention and to be in charge. It’s been seen more than once before in the history of humanity that those who are weak of mind or are susceptible to the lies of others are easier to control and to direct in a manner that their selected leader desires and some are able to invest in such individuals so readily that they won’t question a single thing that’s demanded of them, which, in a sense, kind of makes this group a bit like a cult since they follow their leader and do whatever she says, even to the detriment of other women. If the show ends up getting a second season, and that feels like a pretty big ‘if’ right now, it does feel that the group would be one of the biggest threats to deal with, kind of like the Saviors in The Walking Dead.

At the moment it would appear that it’s more rumor than fact that this show will be on its way back soon, but the desire of the fans to keep watching is hopefully going to be taken as a factor in someone picking it up to allow the second season to continue forward. If it doesn’t happen one can imagine that a lot of fans are going to be very disappointed, but they’ll get over it and move on. That might not be a statement that’s echoed by everyone, but it’s accurate enough that it should be remembered. This show isn’t the first to be canceled before the season was over with, and it’s likely not going to be the last. But like many shows that people would love to see come back, it does need someone that’s willing to pick it up and run with it, since otherwise there’s not a lot of hope that it will be seen again.

The fact that the entirety of the story isn’t focused around Yorick is kind of nice to think about since while his existence is a big question mark in the face of so many dying off, there are still plenty of other things going on that need to be addressed. The world has essentially fallen in this show and the result is that it’s far more chaotic than many might have thought possible, since like it or not, one point to be taken from this show is that men and women aren’t perfect together, but they’re even worse when they’re on their own.