Home
Entertainment
News
What We Learned From The Trailer for Y: The Last Man 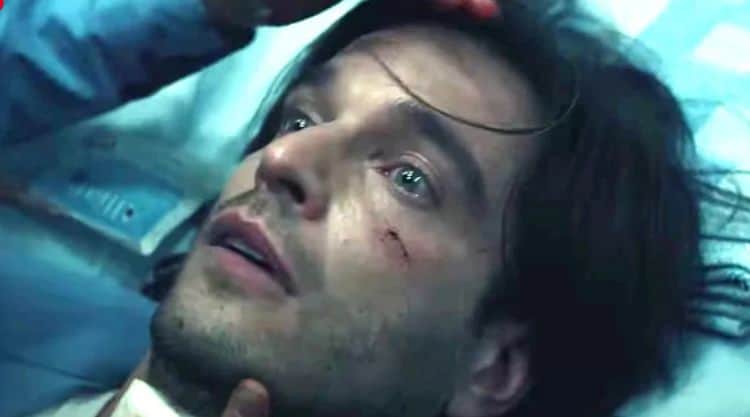 This brings to mind a recent Owen and Stephen King story, Sleeping Beauties. In this story, every woman within the world supposedly, but at the very least in one town, falls into a deep sleep as gossamer-like filaments cover their faces. If the covers are removed they become incredibly violent and assault anyone they encounter relentlessly until they’re alone again and can go back to sleep. But in their dream world, they create a new and harmonious community. Back in the real world, the men become absolutely chaotic and start to war against one another. The feeling there is without women, men are lost and will destroy the world. How interesting that this series is bound to show that women are prone to doing the exact same thing after a while. The irony in this story is actually pretty interesting since anyone thinking that men are the source of all evil and hatred in this world is looking at things with half their sight removed or through a tunnel of their own choosing. The fact is that women and men need one another in the world since no matter how it looks at times, and no matter how bad things can get, the balance between the sexes is a necessity since men and women both bring something to the world that the other can’t do without.

In Y: The Last Man, the series will evidently be showing this very idea since the moment every man drops dead for some mysterious, unknown reason, an unimaginable part of the world’s population suddenly dies without any explanation. While the men are given an insanely horrifying and bloody death it’s apparent that at least one survives, and as anyone should be able to imagine, this one man, this LAST man, will become a valuable commodity to the women since not only is he walking anomaly, but he’s bound to be the last chance of keeping the human race moving forward as well since the real horror is that if whatever has affected the men in this story has affected every male, then no one would be immune, and from expectant mothers (unless those males are immune) to the eldest male on the planet, it’s likely that ALL of them would be susceptible.

That might feel a little psychotic, but the truth is that if a virus that affected males was to be created and unleashed then it would be devastating on a scale that humanity hasn’t known in, well, ever. But the violence and chaos that appears to result from this loss are amusing as well as prophetic since it would appear that whoever is making this series is under the impression that women wouldn’t seek to band together and sing and practice unification as some might like to think. Men aren’t responsible for all the violence in this world as too many people like to think, but they are sometimes the most skilled at it since denying that men have been behind the many wars that humanity has seen would be foolish. Still, the premise that all the men are dead and the future might be female, but not for long if they can’t figure something out, is enough to get a person to think that a utopian society would have a hard time forming and sustaining itself if it was bound to die out eventually.

The thing is that if women were gone in this manner and only one survived, things might be seen as a little more horrific, but since it’s a man that survives such a pandemic, it still looks pretty horrible since it’s yet to be seen what’s going to happen and how likely it is that the man won’t be used as a bargaining chip or to trade for something. One has to remember that with half of the world gone, the other half would have to know how or quickly learn how to function, which would mean taking over jobs that essentially keep things running. That might be interesting to think about, and much as it would appear to be happening, this series is likely going to get into a lot of what women and men really do in the world. What that means is that to keep things moving along, women will have to remember that men actually do quite a bit to keep things working in this world.

Women and men are both needed to run the world as the trailer is definitely suggesting, but with one entire group gone, chaos appears bound to spring up as those remaining will have to find a way to cope and to figure out what happened, not to mention how they’re supposed to run a world with only half the population. This could be a very interesting series.