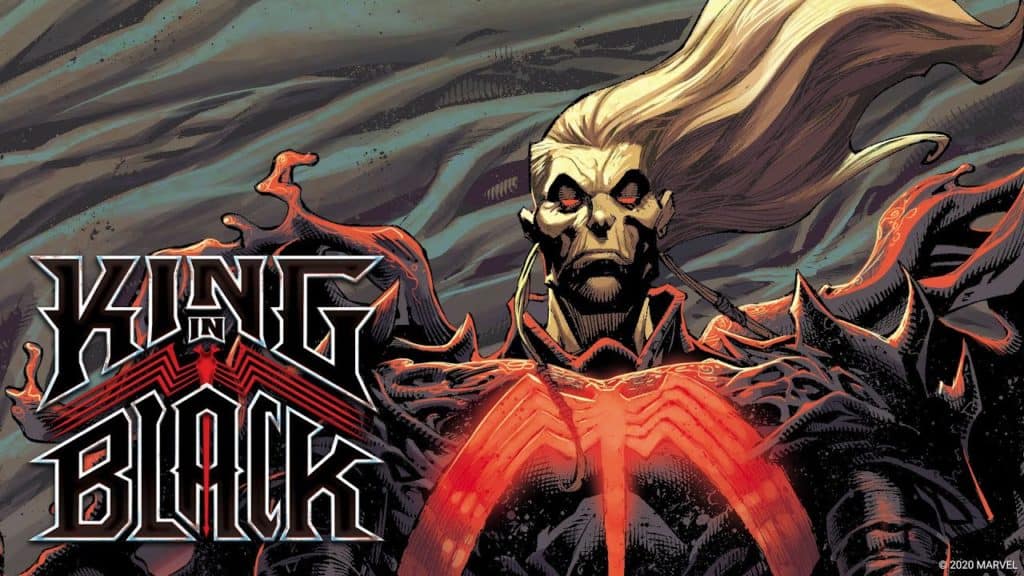 Unless you’re a comic book fan and love Venom and everything to do with him, this story might not be known to you. But seeing as how Venom has become a popular character on the big screen it feels as though this could possibly work as a big crossover between Marvel and Sony, or, if Disney gets ambitious again, another big movie to work towards if they decide to purchase Sony. That probably won’t happen so it’s more likely that it might be an idea that could hold merit. Of course, it could possibly work as a TV series on a streaming channel as well, but the grandiose nature of this would kind of beg for the big screen since there are a lot of moving parts in this story. The gist of it is that the creator/god of the symbiotes, Knull, is wreaking havoc throughout the galaxy and has more than just symbiotes at his command, he has symbiote DRAGONS. That’s right, big lizards with wings, claws, and heavy tails that are many times nastier than anything people have seen before.

At this point, Eddie Brock is still bonded with Venom, but he also has a son, Dylan, who can feel the symbiotes and thus can feel, as Eddie can, that Knull is on his way to earth. The event involves quite a few heroes and shows the powers of the symbiotes since as one can guess, an army of them would be devastating to the world and the godlike being that created them would be next to impossible to beat. But as anyone should be able to imagine it does happen after much sacrifice and a great deal of writing that comes up with ways that Knull can be harmed and then defeated, which includes attacking the hive mind that controls the symbiotes. There is a lot more to the story but it does feel as though this might make a good project that could keep people interested in Venom and possibly give a special effects team all that they could handle and more when dealing with the various forms that symbiotes tend to inhabit.

As to who would take the lead on this type of project it’s kind of tough to say since Venom isn’t an MCU property, but the King in Black series involves a lot of MCU heroes that were absolutely needed to help out. It would also have to take place many years in the future since with Eddie Brock having a son there would need to be some explanation of how things went and what happened and so on and so forth. There would need to be some focus on Knull since this guy is a certifiable nightmare and should likely be turned into the villain he is on the page, someone that would gladly murder anyone that gets in his way. Much like Riot from the first movie, Knull feels like the type of character that will absolutely shred to pieces anyone that steps in his path, but unlike Riot, he doesn’t feel like an orderly character, as chaos appears to be his default setting.

This would be an ambitious project to be certain but with everything that’s already come along, it feels like one that could be completed all the same. In fact, it might be a worthy crossover since the rumor is already beginning to spread that crossovers might actually be the way to go. When one looks at the scope of the Marvel universe it’s easy to say that this wouldn’t be the epitome of what’s left since there’s definitely a lot more to dig into that hasn’t been seen yet. While certain major events have definitely taken place, this is yet another one that could go a long way toward creating a unified story of Spider-Man and Venom that might be to the fans’ liking. One thing that’s not always certain is if the MCU and Sony are really looking out for the fans and trying to give them what they want, but the past has made it clear that they are and yet are still on a wavelength that makes it hard to know what they’re doing.

The upside is that this storyline could be altered a bit and made into something that might be a bit different and yet still serve the same purpose. The MCU and Sony have both been doing this anyway, so it’s not hard to think that they might want to go ahead and give this some thought. Knull is the kind of bad guy that people could easily rally against since unlike Thanos, he’s not trying to only kill half of the universe due to population issues. He’s trying to kill everyone. That alone should make him one of the most evil and vile characters in the Marvel universe.

Whatever Happened to The Cast Of “My Two Dads?”