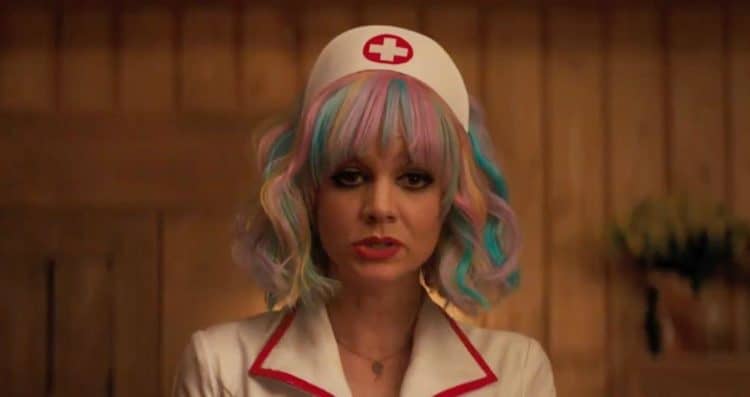 When you think of female revenge films, it’s usually the typical “a women goes murder crazy on those who wronged her type” of stories. From classics such as Kill Bill, these stories have been told time and time again. However, in 2020, one film decided to flip the female revenge story on its head and deliver a proactive little thriller that finishes with one of the best endings in the last several years. Promising Young Woman stars Carey Mulligan as Cassandra, a woman’s whose life that has been damaged due to the suicide of her best friend Nina. She’s currently working a dead end job with her bright future in hindsight; however, Cassie lives a secret double life at night, pretending to be drunk at local bars to put “nice guys” in their place. The first feature from Emerald Fennell received four Academy Award nominations and for good reason too, it’s an excellent film.

Is it perfect? No. In fact, the ending does have so logic holes, but that doesn’t stop Promising Young Woman from being such a great film. What makes Promising Young Woman such a strong movie is that it takes a realistic approach to rape and the mental effects in has on the victims. Usually, revenge movies that showcase a woman being tormented after such a heinous crime sees the heroine go on some type of murderous rampage. While this does make for great entertainment, it’s not a realistic take on how crimes like this damage the psyche of the victims. Granted, Cassandra pretending to be drunk every night to teach a “nice guy” a lesson isn’t exactly realistic as well, but that’s not the point of the story. It’s clear that Cassie has been mentally scarred over the events of her best friend’s suicide. While she never physically harms any of the “nice guys” that try to take advantage of her while she’s drunk, the fact that she simply can’t let go of any incident that took place ten years prior speaks on how damaged she is. Carey Mulligan does a superb job of showcasing the wounds of her character, whether its her first meeting at the coffee shop with Ryan to the pain and sadness of revisiting that horrific crime thanks to a video provided by Madison, the actress naturally conveys her emotions that allows audiences to connect with the heroine. Cassandra is the perfect example on how to craft an anti-hero. She was willing to hurt the ones who didn’t feel any remorse over what happened to Nina, yet she’s open to forgiveness to the ones that do, like the lawyer played by Alfred Molina. She’s opposite of Walter White or Tony Soprano; however, mentally f***ing with people’s heads is just as damaging as smashing someone’s face in.

Of course, this tremendous performance is thanks to the confident direction of Emerald Fennell. What’s also clever about this film is the casting across the board. When you think about actors Adam Brody, Max Greenfield, Bo Burnham, and Christopher “McLovin” Mintz-Plasse, they’re usually known for their roles playing charming or often dorky characters; however, Fennell and her casting team purposely picked out Hollywood nice guys to get the message across that anyone can be a predator.  Casting these specific actors not only reaffirms that theme explored in Promising Young Woman, but it also subverts our expectations that makes several great twists in the film. I also like the fact that the men here aren’t one-dimension douchebags meant to serve the film’s purpose. Their actions feel authentic because they come across as charming thieves; Meaning that they’re nice guys with ulterior motives. Speaking of which, let’s talk about that ending. Once Cassie’s mission to ruin the life of Al Monroe is set again, we expect our mentally unstable hero to achieve her goal by exacting her revenge on the man responsible for Nina’s suicide. So the big shock of seeing Al murdering Cassie sets the stage for one of the best endings in movie history. Our guard is let down because Al has seemingly won and is happily getting married to the love of his life. So when justice is finally served to Al, Ryan, and the other men responsible for the entire situation, it’s a bittersweet ending because Al is finally paying the price for what he’s done. Unfortunately, it came at the expense of Cassie losing her life as well. Granted, there are some loopholes regarding the ending, mainly how perfectly everything came into place, but it doesn’t ruin the overall message of the film and its a minor nitpick for a movie with a powerful message.