Home
Movies
Comedy
Why Don Jon Is An Underrated Gem 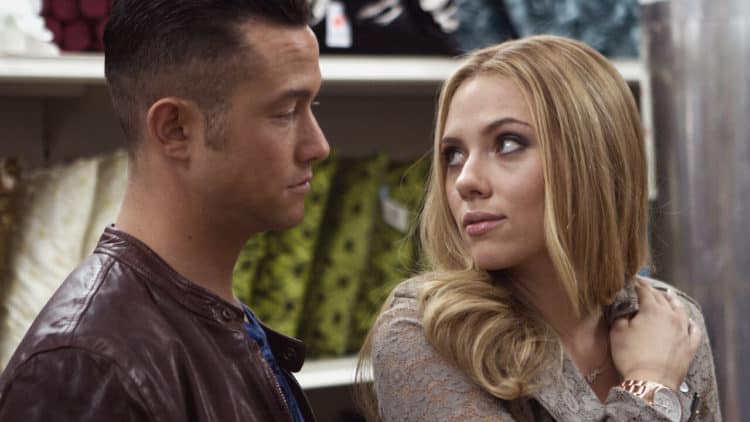 Joseph Gordon-Levitt is a very underrated actor. The veteran has been in the business for nearly 20 years at this point in his career and despite giving a strong performance in nearly every role that he’s in, Gordon-Levitt doesn’t seem to have connected with mainstream audiences like Leonardo DiCaprio or Denzel Washington. This brings us to his directorial debut, Don Jon, which also stars Scarlett Johannsson, Julianne Moore, and Tony Danza. The 2013 feature is about a New Jersey bartender who values his life with five important things: friends, family, his car, church, sex, and porn. However, despite his nightly sexual encounters, Jon has yet to have a long-term relationship with a woman. That’s until he meets Scarlett Johansson’s Barbara. From there, his life takes a turn; however, is it for the better? Gordon-Levitt has plenty of movies in his filmography that have gone unnoticed by mainstream audiences; however, the reason Don Jon gets the special callout is due to the fact that it’s a rare romantic comedy that has an important message that needs to be heard. Men don’t typically get romantic comedies. It’s a genre that notably caters to women, so it’s uncommon that relationships from a man’s perspective are showcased. Jon is living nearly every man’s dream life.

He has his own place and hooks up with the hottest chick only guys could dream of. But most have a story about THAT one girl in their life that was always hard to get. That one girl that seems perfect on the outside, but is far from the ideal woman once you get to know her. Men are visual creatures, thus our desires when it comes to the opposite sex differ from what women typically want. That’s pretty much what Don Jon is. It wisely plays off the sexual desires of men, while exploring their nature when it comes to love and relationships. Jon gets the girl, but he slowly changes over time. Barbara also has an idea of what the perfect man is, but unfortunately, Jon just doesn’t meet up to that standard just yet. So, he starts to go to college. And becomes a man committed to a long-term relationship by doing everything that makes his girlfriend happy. Barbara is a representation of a man getting so deeply enamored with their perfect woman that they’ll do anything just to make them happy. However, in reality, that seemingly flawless woman is trouble because she doesn’t value you for you. Barbara wants the perfect man that she sees on movies and television, which in nature isn’t Jon. Both sexes are grasping at a reality that’s hurting more than helping them.

Don Jon is more of a thought-provoking film than it seems on the surface. The 2013 feature feels intimate and genuine because it’s likely a situation that Gordon-Levitt has been through himself. The actor is perfect as the title character. He plays the ultra-macho guy who deep down inside wants a personal connection that he’s failed to attain all his life. The interactions with his family not only highlight the young man’s life growing up, but the importance of how his father impacted his upbringing. On the surface, it may seem that Brie Larson’s role is thankless; however, the way that the writer waited for the perfect moment for her character to finally speak was great. Monica confirming that Barbara had her own selfish agenda really nailed home the themes of the film. Not surprisingly, Scarlett Johannsson is a show stealer here. Barbara’s manipulative and controlling ways never come across as forced or cartoonish thanks to Johansson truly understanding the roots of her character. She’s not just a pretty face. Barbara is a woman with high standards and the film does a great job of exploring the dynamic of two people who are delusional to what true love is. Of course, I can’t forget Julianne Moore, arguably the heart and soul of the film. She isn’t highlighted as the most desirable woman in the film (though Moore is a beautiful woman); however, she represents the importance of looking past the physical attraction in order to truly bond and connect with another human being. Don Jon may seem like a film that glamorizes pornography and sex, but that’s not the point of the movie. It’s easily one of the best romantic comedies to come out in the last decade and a film that deserves more recognition than it actually gets. Is it perfect? No, but other than the Godfather, what film is?