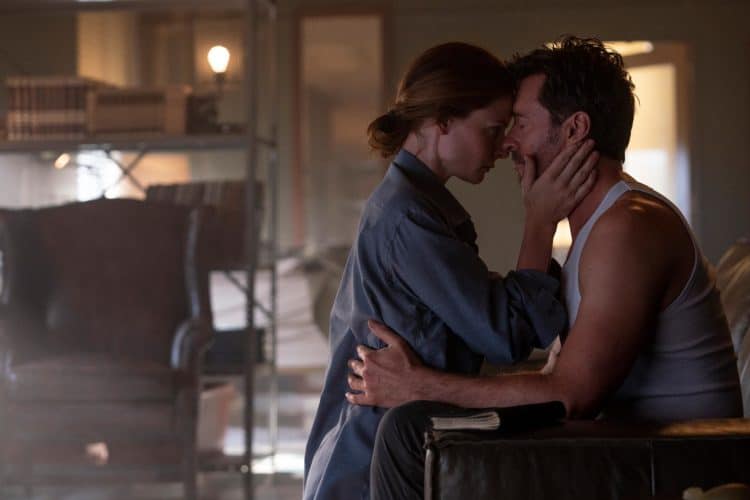 There’s nothing worse than watching a movie and walking away feeling confused. Unfortunately, that’s been many people’s experience with the 2021 movie, Reminiscence. The movie is full of twists, turns, lots of unanswered questions, and some big plot holes. Writer and director Lisa Joy’s Reminiscence is about Nick Bannister (Hugh Jackman), hunting for his missing lover Mae (Rebecca Ferguson). Set in the near dystopic future where climate change has created massive disparities in class and wealth and flooded coastal cities, the movie raises complicated questions. Living on the fringes of the sunken Miami coast, Nick Bannister steers the grim captivating world of the past by helping his clients recover lost memories. Summaries of the movie have described him as “a private investigator of the mind”. However, his life changes forever when he takes on a new client, Mae.A simple interaction becomes a dangerous obsession. As Bannister quests to uncover the truth about Mae disappearing, he discovers a violent conspiracy. He must ultimately answer the question: how far would you go for the one you love? Let’s take a look at some of the plot holes, head-scratching moments, and biggest unanswered questions from Reminiscence.

Everyone loves a good love story, but like many of the other elements of Reminiscence, the love story between Nick and Mae was confusing. Nick seems to have found all the answers he’s been looking for by the time credit rolls in on Reminiscence. He lives his life happily, enjoying time spent with Mae even though she deceived him before falling in love with him. But is that true? When Mae disappeared, he never got to talk to her again. What if she lied to him to convince him to rescue Freddie? She wanted to acquit herself of the various crimes she committed by saving Freddie. In the end, we see that maybe her affection for Nick was part of her deception. Nick believes she loved him. But the truth in the film seems more complicated and dark.

How Does the Memory Tank in Reminiscence Work?

This film’s plot revolves around the sci-fi memory technology in Nick’s tank. The tank allows a user to relive past moments in the present. As much as there’s a lot about the Reminiscence memory technology that doesn’t add, it’s an exciting idea around which the whole film story pivots. When one gets into the tank, their memories get displayed in 3D for all to see. But how does it work? How does one’s brain have information of things one has not experienced? Like the story of Eurydice and Orpheus that plays a critical part in Reminiscence’s romance, Nick finally follows Mae into the underworld. While Bannister is functionally dead and Mae is physically dead, the lovers are reunited.

How Does Nick Manage to Stay in the Memory Tank That Long?

Rather than stay in custody for burning Boothe, Nick works out a deal with the police to spend the rest of his life in a tank after saving Freddie and solving the mystery. We later see him as an older man. Still, it does not make sense. His hair seems too neat and short for someone who’s been in a tank for a long time. Who’s paying the rent where the machine is, and who keeps it running? Does he even get out to relieve himself or eat? So, it all feels like there are missing details.

What Does Mae Go Back to Do in Nick’s Office?

At the end of the movie, through Boothe’s memories, Nick sees Mae’s final days. We see that after Nick rescues Freddie, Mae returns to Nick’s office to seek his help. Boothe had anticipated her return, so he kidnapped her before she could meet Nick. To send Nick a message, she leaves her earing at the front of the building. Ultimately, this leads to Boothe’s capture. But having been painted as intelligent and wise, why would she try to reach Nick in such an obvious way? Maybe she should have called him, written him a note, or intercepted him somewhere else. Going to his office in broad daylight was not exactly intelligent. The idea makes her eventual death and the whole scene appear forced.

On several occasions towards the end of Reminiscence, Nick shows up at the Sylvan estate and walks in without getting into any trouble. For a random person like Nick, it seems shockingly easy to enter the home of one of the most powerful land barons. The first time he gains access, we see the justification that he is mistaken as one of the actors hired for Sylvan’s recreated fantasy. But when he walks in again without any trouble, that makes Sylvan’s family security lackluster.

How Does Nick Not Remember Mae’s Past?

Later in the film we realize that Mae gave Nick plenty of clues into her past. She mentions her affiliations with some unsavory characters, her time in New Orleans, and the mysterious floating house. So why does he seem to forget all these details suddenly? Nick becomes obsessed with finding Mae after she disappears. He gets into his memory over and over again in search of answers. Thus, his obsession should have easily led him to search for the floating house or to New Orleans. However, he doesn’t seem to figure that out until much later. Maybe the information he received from Mae was pretty vague. But he should have tried to follow the leads, primarily because he seemed devoted to finding her. Maybe the only thing we can make of this is that it would make more sense for the plot if Nick did not remember.

How To Watch Reminiscence

If you haven’t seen Reminiscence yet, the good news is that you can still check it out from the comfort of your home. The movie is available on HBO Max, but keep in mind that you will need a subscription in order to watch it.