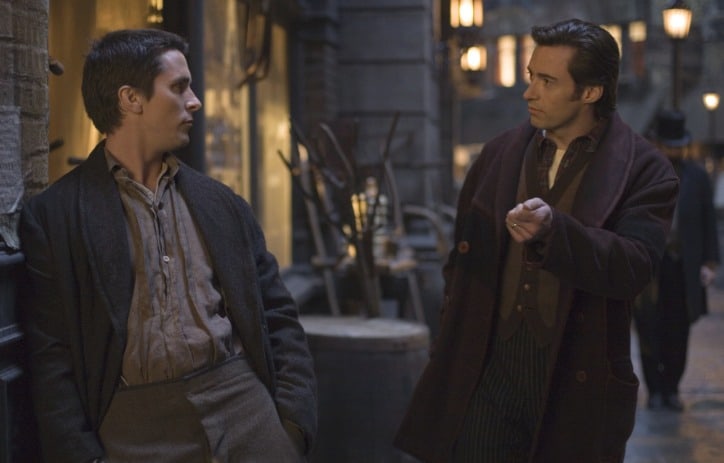 Among the ranks of the celebrities that people so enjoy there are those that are so-so and those that are elite, and Hugh Jackman kind of made his way from the middle to the top in a phenomenal amount of time it would seem. To be fair he’s worked his way to the top, but there have been roles that have allowed him to climb the heights like a real-life superhero as he’s ascended so quickly that his name quickly became known worldwide. His beginnings ceased to matter to a lot of people after he started taking on roles that made him a household name and as he continued one role in particular it became known that this was HIS role and no one else’s. Now as he’s beginning to get a bit older he’s turned his interest to other acts and has become a very distinguished celebrity, but there will always be those that remember which roles really allowed him to surge ahead.

Here are some of his best roles in film.

There have been a few renderings of this famed musical and all of them have had their ups and downs. This one in particular was loved by some and not all that appreciated by others but in all fairness it was a new look at an old favorite and one that made good use of its actors. Obviously CGI has had a lot to do with many films over the years as some of the effects would be highly impractical and even dangerous to replicate as they threaten the health of the actors, but the overall look is something you can’t deny is capable of setting the tone for the movie and thereby creating a vision that is simply breathtaking.

This movie didn’t get a whole lot of appreciation but quite honestly he played a stellar part in it since he kind of had to go against type considering that up until this point he’d been playing anything but a wisecracking computer hacker that was somehow even edgier than some of his other characters. Stanley just wanted a simple life, he wanted to spend time with his daughter, and he wanted to stay out of trouble most of all. But as we know when it comes to hackers in the movies that’s not always going to happen since someone will always need their services whether it’s for illicit gain or something else.

It might almost be possible to feel sorry for Angiers if not for the fact that he’s kind of pompous and not at all apologetic in his manner. He and Borden definitely had their differences but instead of talking to the man and figuring out just what went wrong with a stunt that caused the death Angiers’ wife he took the pain and the anger and put it into the task of outdoing Borden when it came to illusions, eventually coming to the point that he threatened Borden and even took his daughter in as a ward. The blind ambition and desire for revenge was enough to prove the undoing of Angiers in the end, as Borden had one final trick left to play.

It’s a sad day when you have to watch one of your favorite hero’s pass on from this life, but given Logan’s back story and what he’s been through in the comics, the movies, and everywhere else, it seems that he was due for a rest and possibly retirement finally. For as strong and as durable as he was the Wolverine was still fallible and this is why some people like Marvel just a little better than DC at times, the power levels of the hero’s and villains are still insanely high, but Marvel hero’s tend to deal with very real world problems more often and aren’t able to come up with that many last-ditch solutions to prevent their end, other than the writers and their desire to see the hero’s live that is.

This couldn’t be left out. When the X-Men finally came to the big screen a lot of folks had a great number of expectations. After all the original X-Men were Cyclops, Jean Grey, Beast, Angel, and Ice Man. Angel wasn’t even there and Beast was still shown as Hank McCoy, while Ice Man was still a kid. It kind of ruined the expectation that it would be the kind of movie that dealt with the origins of the team, but bringing on Wolverine was a stroke of genius since he’s been a favorite of many for a long time and he’s had a complicated relationship with the team for a long time now. He’s been an X-Man for quite a while now, but he hasn’t always been on good terms with everyone.

Hugh Jackman is the kind of guy that you simply can’t help but admire for all he’s done.