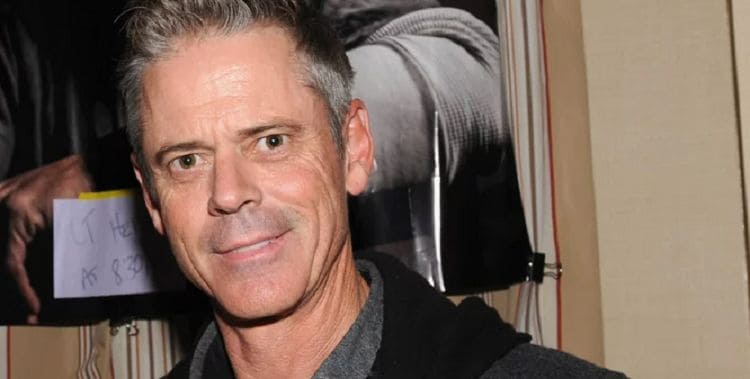 Typically once an actor reaches a certain level of success, people expect then to stay there. Time and time again, however, we’ve seen well-known actors fade away from the spotlight. Unfortunately, that has become the case for C. Thomas Howell. Once thought of as one of Hollywood’s hottest young stars, C. Thomas Howell has had a very long and memorable career. Throughout the 1980s, C. Thomas Howell was a fixture on the big screen. Although it’s true that he is still a working actor, his career has gone through lots of twists and turns over the years and there are lots of people who have been wondering why. Keep reading to find out whatever happened to C. Thomas Howell.

Born and raised in the Los Angeles area, C. Thomas has been a part of the entertainment industry for almost his entire life. His father, Christopher, was a stunt performer who also did some acting. From an early age, C. knew that he wanted to follow in his father’s footsteps. He began his acting journey when he was just four years old although it would take several years before he began appearing in movies. He made his big-screen debut in the 1982 movie E.T. which is now considered one of the best films of the decade. In 1983, C. Thomas got a life-changing opportunity when he was cast as Ponyboy Curtis in The Outsiders. His role in the film helped establish him as a heartthrob with a very promising career. Throughout the 1980s, C. Thomas’ career continued to grow and he got the opportunity to work alongside some of the biggest names in the industry. In addition to The Outsiders, some of his most well-known film credits include The Hitcher, Red Dawn, and Secret Admirer. In addition to his work as an actor, C. Thomas also got the opportunity to do some stunt work like his father. However, by the time the end of the decade rolled around, things were starting to slow down for C. Thomas.

What Happened to C. Thomas Howell?

For starters, it can be very difficult for people who start acting as children to maintain success throughout adulthood. In C. Thomas’ case, however, that didn’t appear to be a problem. C. Thomas had a thriving career as an adult and while there is no official reason as to why things slowed down for him, it more than likely had to do with some of the roles he played.

In 1986, C. Thomas wore blackface for his role in the movie Soul Man. The use of blackface is always thought to be unacceptable, so it goes without saying that the movie (and specifically C. Thomas) received a lot of backlash. Surprisingly, however, C. Thomas doesn’t regret doing the movie. In an interview with the AV Club he said, “I’m shocked at how truly harmless that movie is, and how the anti-racial message involved in it is so prevalent. But I still don’t understand, and I guess this is just my own ignorance, the fact that certain people really hate the whole blackface idea, because this isn’t a movie about blackface. This isn’t a movie that should be considered irresponsible on any level. This is a movie that is quite the opposite for me.” C. Thomas also added that the movie “was a great lesson for me just as a person, because it made me much more aware of the issues we face on a day-to-day basis, and it made me much more sensitive to racism. And I think a lot of the people that have seen the movie feel that same way. But there’s a lot more judgment about the movie from people that haven’t seen the movie, who are like, “A white kid paints himself black and goes through this experience? How could you do this horrible thing?” But it’s not like I’m Al Jolson in blackface singing “Mammy.””

Interestingly enough, C. Thomas doesn’t think it was Soul Man that damaged his career. Instead, he believes that the 1988 movie Young Toscaniniis where things went wrong for him. According to The Things, C. Thomas said that the project “was supposed to be a six-month dream, but it turned into a twelve-month nightmare and it ended up going into litigation and never came out. When I accepted that role we thought it would be Oscar bound on many levels. Once you do a movie for $20 million and it’s unable to hit the screens, then people start to chalk you up as that.””

What’s Next for C. Thomas Howell?

As mentioned earlier, C. Thomas is still working consistently, although he is no longer as well known as he once was. However, the beauty of the entertainment industry is that C. Howell is just one great role away from reclaiming the level of fame he once had. At the moment, he has a handful of projects in the works and his fans are looking forward to seeing them.