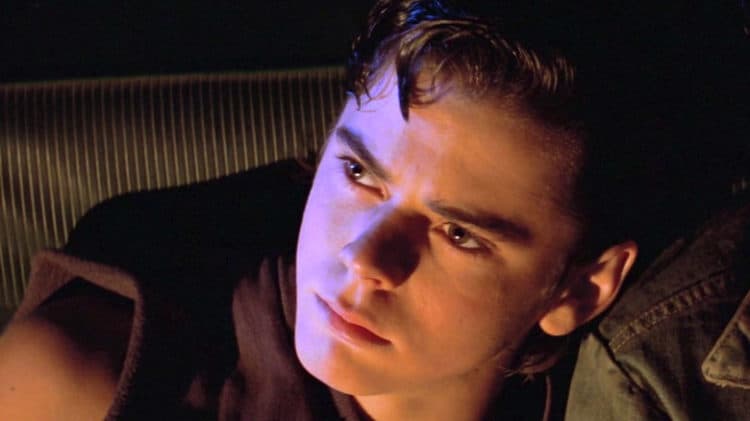 It’s hard to say for certain what with all the books and movies that are being seen as troubling and not ‘woke’ enough to show to kids and adolescents just whether or not The Outsiders is still considered a classic in high school. But back in the day, this was one of the many stories that a lot of us grew up with, and catchphrases such as “Stay gold Ponyboy” were still being tossed about. And even more than that, people knew what it meant. But these days it’s difficult to know what’s being taught in schools, though it’s always hopeful that there are a few copies of The Outsiders on the shelves since the book was impressive and the movie was definitely memorable. But there were a lot of movies around that time period that managed to catch the attention of a large number of people either because they were inspirational, had a stellar cast, or simply because they told a great story that a lot of people ended up remembering well into their adult years. It might be time to watch The Outsiders again just to brush up, but there are plenty of other movies that people can watch that might give the same amount of inspiration or at least the same type of feeling that The Outsiders managed to give people. From the characters to the overall story it was a movie that a lot of people can still remember fondly.

Here are a few other movies you might want to watch if you liked The Outsiders.

This movie might actually make some folks cringe when they realize just how realistic it was at one time for people to be openly anti-Semitic since the movie shows Brendan Fraser as David Greene, a Jewish student that’s brought to an upscale prep school to play football on a scholarship. David gets in good with the popular kids almost right away and shows himself to be a star football player, but it’s more than obvious how his classmates feel about Jews, and when his background is discovered life becomes even harder than before since nearly everyone ends up turning their back on him. To his credit though, David never gives up.

Based on a short story by Stephen King titled ‘The Body’, this is a tale of four young boys that go wandering out into the wilds on the premise of seeing the dead body of a kid their age. The adventure they end up going on is one that a lot of people remember for various reasons as River Phoenix, Jerry O’Connell, Corey Feldman, and Wil Wheaton end up finding out more about themselves on the trip than they intended. If you want to get a look at Keifer Sutherland as a young man this is also a great chance since his role as Ace is one of his most vicious roles ever, from a certain point of view.

There are plenty of people who swear by this movie since the idea of absolutely NEEDING to do something significant after turning 18 is what drives Louden in this movie, but the idea of taking on a championship wrestler and cutting a ton of weight in a very short time isn’t exactly the idea of great that many people would think of. Instead, the struggle and the torment he puts himself through doesn’t feel like it’s worth it after a while since it doesn’t appear to be working. But the fact is that Louden is the kind of guy that doesn’t quit when it gets rough, even if easing back is sometimes a decent option.

Take one representative from the different hierarchal sections of a high school, stick them into a library for Saturday detention, and see what happens. That’s kind of the point of this movie since Bender, Claire, Andy, Brian, and Allison are from different worlds entirely but are stuck in one communal prison called high school. Oh come on, a lot of us have thought of high school as a prison at one time or another. But being there to study and being there to find out about each other are two very different things that end up creating different results, not to mention that it becomes a reason to mess with the vice-principal as well.

Yet another movie that shows the clear dividing line between people and the utter lack of respect that one side has for the other, this movie is still a classic since…well, Patrick Swayze and Jennifer Grey of course. But it’s also a great movie since it does show that once people come to understand each other that they realize they have more in common than they believed. Also, this movie is just a lot of fun since the soundtrack is great and it’s easy to get into.