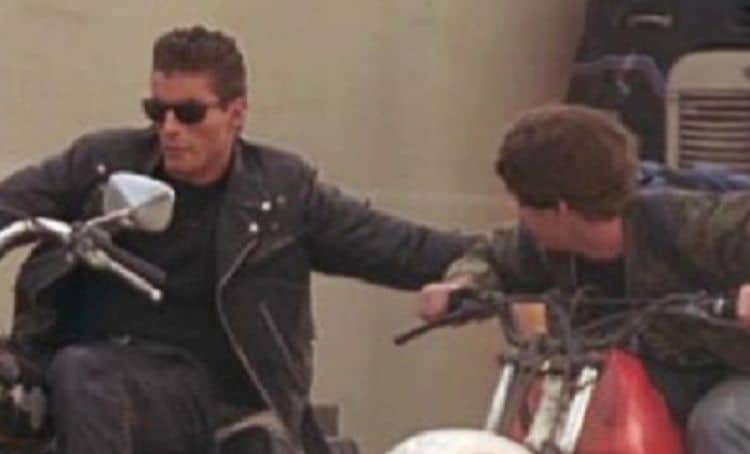 Let’s just get something clear on this matter before moving forward, the fact that the audience is able to notice a stunt double in a movie isn’t the fault of the stunt double at all, since a lot of them are doing everything they can to get the shot right and make it look authentic. If anything, it’s the responsibility of those that are casting for the role of a stunt double to make sure that they do everything in their power to find someone that looks reasonably similar to the stars that are being portrayed. A lot of times it goes off without a hitch and the audience is none the wiser. Well, people know that a lot of actors don’t do their own stunts, but in the more dangerous scenes, it’s not as obvious that they’ve been replaced with a stunt double. In some scenes though it’s a little too obvious that the stunt double has taken over, and on that note, it becomes a little more amusing for the audience, and sometimes a little more disappointing, since the illusion fades a bit and people have to get themselves back in the mood by continuing to watch with the knowledge of what they just saw.

Here are a few times in the movies when the stunt double was a little too noticeable.

The forest run that Edward takes Bella through in the first movie might be a bit blurry for some folks to see, or that might be what they tell themselves, but the two individuals that perform the stunt look nothing like the two stars. All it takes is a quick pause to notice this or just an attentive fan that might note that the two individuals suddenly don’t look anything like themselves. On top of the other reasons why this movie wasn’t that great, no matter what the numbers and the fans say, the entire effect that created the vampires was something that felt as though it had been given to a production team that had something else on their mind at the time.

Given the budget of this movie, it’s not hard to think that editing allowed a few things to slip since one scene in which Val jumps from the roof it can be seen that it’s really a stunt double in a pretty bad wig. The fun part of this movie is that no one really cared since the whole point was that it was kind of a schlock horror movie that eventually became a cult classic. But the whole idea of stunts in this movie was that usually the camera would be pulled out to such a distance that no one would be able to tell who it was. This time though it’s fair to say that the camera didn’t have a chance to pull away quick enough.

The fact that this movie was rather popular when it first came out makes the fact that the stunt doubles were so obvious a bit frustrating. Plus, the idea of Sean Archer or Castor Troy pulling off the feats they did without breaking nearly every bone in their body was a bit ridiculous. James Wan is great when it comes to making movies, but some of his ideas tend to come straight from the ozone, especially since there was nothing about either character that indicated that they had the kind of training or skill that would allow them to do the kind of things they were seen doing so close to the end of the movie.

This is another movie in which it was frustrating to be able to see the stunt double take over for the main actor, especially during such a great chase scene. There were a lot of technical impossibilities when it came to the chase scene involving the two bikes and the truck though since first of all, the truck and the motorcycle wouldn’t be that mobile after their initial drop. Also, the truck would have run down the dirt bike without hesitation had the terminator decided to not play with John and just end him finally. But the moment that Arnold’s stunt double began the scene it became pretty obvious.

Dwayne Johnson tends to use the same stunt double for a lot of his movies. This was one of his first forays into the action world, and it was a great movie for its time. During the fight scene in the jungle, before Johnson gets back in the game with his own offensive, his flight into the trees, courtesy of the rebels that found him and Sean William Scott, one can see his stunt double falling out of a tree and hitting every branch in his path on the way down. Yeah, in real life there would be broken bones and a possible ER visit in his future, which might mean the local vet considering where the story took place.

It can’t always be helped, but it’s not the fault of the stunt doubles.