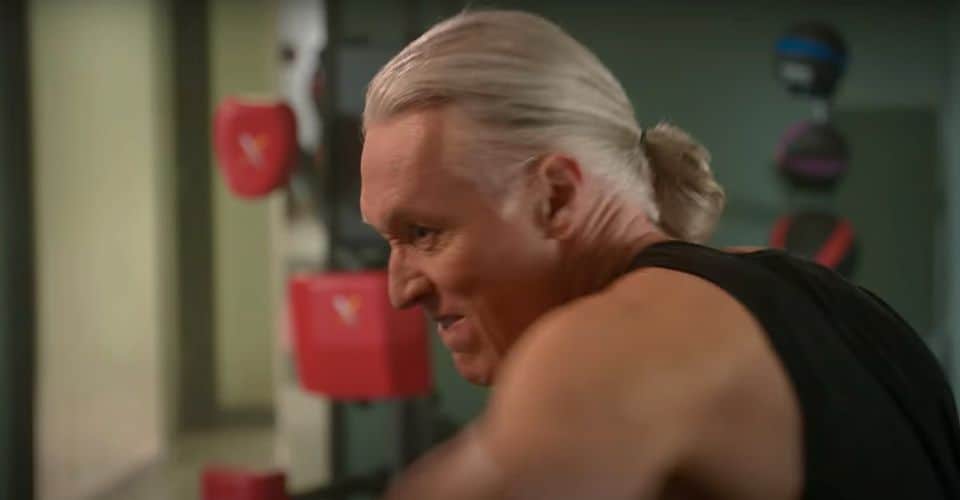 The end of the year is creeping up on us like it always does and the shows and movies that we’ve been waiting for are on their way. Every year it’s the same thing, to be honest, certain seasons are anticipated due to the volume of favored TV shows and movies that are scheduled to come out. Among the many titles that are going to be hitting the screen in the coming months, Cobra Kai season 4 is one that people have been waiting for since the end of season 3, and what the trailer shows is that things might still have a few kinks to them since one has to remember that we’re not used to seeing Johnny and Daniel on the same side, even if there’s a common enemy to stand against. For the longest time, it’s been seen that these two have been enemies or at the very least, individuals that still don’t like each other but can at least act like adults, sometimes. Yeah, okay, maybe not that often but still, it’s kind of a weird situation at the moment.

Against John Kreese and Terry Silver, however, it’s absolutely necessary since, between the two of them, it’s likely that only Daniel knows what Silver is all about. But since we’ve already learned that Johnny’s life was tougher than anyone knew about, it’s definitely possible that he at least met Silver in the past even if he didn’t learn from him as Daniel did. Of course, what Daniel learned was that as dangerous as Kreese is, Silver is just as bad. In fact, he’s probably a little worse now since it’s hard to say whether or not he’s been entirely successful throughout the years, and he could possibly blame a lot of it on Daniel, which would make him motivated to get back into the practice and really dish out some pain.

It’s kind of a hope that we don’t see Silver and Kreese take on Daniel and Johnny during the All-Valley Tournament, but at the same time, it would be great to see them go toe to toe at some point in the series just to make it known that the students have finally surpassed the teachers, but not without a decent fight first. Obviously as we see in the trailer, Silver is going to be getting back to fighting form and is no doubt ready to finally get physical once again. It’s interesting to think of how this could go down since Daniel has learned a few things since his brief tutelage under Silver, but then one has to remember that Silver and Kreese aren’t really known for doing anything but playing by their own rules. In other words, Daniel might not have much choice save to get nasty when it comes to a bare-knuckle fight, and unfortunately, he and Johnny are going up against two men that learned the hard way how to be tough. It also doesn’t help that despite being on the same side, there’s still going to be a bit of an argument on how to go about training between Daniel and Johnny, since the latter is all about striking first and making the biggest mark, while the former is all about doing things the right way and not sinking to the same level as one’s opponent.

For a while now I’ve definitely agreed with Daniel’s more measured approach to things since Johnny’s need to still be badass is a bit antiquated at times, but when it comes to going up against those that are insanely tough and motivated more by punishing their opponents than seeking to overcome them, Johnny’s style has a lot of merit. The idea of trying to out-finesse and outmaneuver someone that’s willing to do pretty much anything to steamroll their opponent isn’t entirely worthless, but it can be undone at times. The combination of Daniel’s patience and Johnny’s need to run to the target is something that has to create a balancing point that can overcome the skill and ferocity of Kreese and Silver since otherwise, the Cobra Kai are going to stick around for good. But there is something else, and it’s a nagging bit of doubt that I can’t help but think about.

What if Terry Silver is going to come back, but as a changed man? It might sound like a ridiculous idea, and there’s no doubt it would make many people laugh. But what if he’s one of the deciding factors that ends the fight between Cobra Kai and their enemies? What if he, or perhaps someone else, brings balance to the valley that would allow both dojos to exist? So many people are so gung-ho to see the final confrontation that they might not realize that there is another way. I’ll admit, I want to see the fight to come, but it would also be interesting to see if balance can be struck in some strange way.