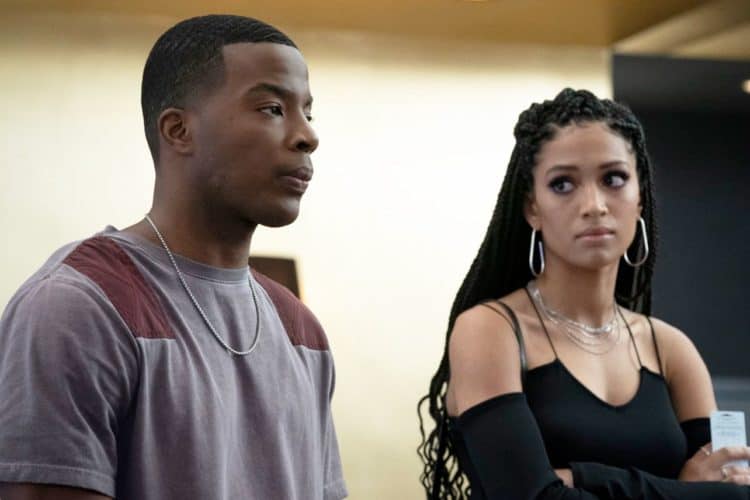 Although it seems like season three of All American just ended, it’s already almost time for next season. The trailer for season four was recently released, and it looks like this might just be the most eventful season yet. If you’re a fan of the show, then you know last season was full of lots of ups and downs. A lot of characters were finally getting to good places in their lives, but of course, drama wasn’t too far away. The season ended with a major cliffhanger when Spencer’s best friend, Coop, was shot in the final moments of the last episode. To make the situation even more stressful, Spencer was just about to go into his championship football game. Here’s what we learned from All American’s season four trailer.

What We Learned From The Season 4 Trailer

First things first, the All American trailer did a great job of building suspense for season four. It gave just enough information to keep people interested while also leaving enough to the imagination. At the beginning of the trailer, Spencer narrates some of the things that happened in the previous season before we’re flashed to a scene at the hospital where he learns that Coop has been shot. Most of the trailer focuses on Spencer struggling with the decision to live out his dream of leaving him to play college football or stay at home to spend more time with his family. Several characters can be seen urging him not to give up on college. However, if there’s one thing we know about Spence, it’s that he’s the type of person who is always willing to sacrifice what’s good for him for the sake of others.

The trailer also managed to squeeze in a few clips of some of the other storylines. For a split second, we see Carrie (Layla’s friend from rehab) crying in the middle of the road. However, Layla doesn’t appear in the trailer at all which raises a couple of red flags since season three ended with Layla and Carrie on the brink of a terrible car accident. Prior to getting in the car, Carrie penned a false suicide note insinuating that Layla was going to kill herself. Unfortunately, Layla’s father didn’t see the note until after Layla and Carrie had left the house.

One of the main things that fans want to know is whether or not Coop survived being shot by Mo. Unfortunately, the trailer doesn’t reveal that. However, a clip of Spencer standing on a cemetery reveals that someone might have passed away. Of course, this could just be him visiting his father’s grave. Although we hope that we won’t have to say goodbye to any characters, it does seem likely that either Coop or Layla won’t survive. The fact that Carrie was shown crying in the middle of the street suggests that it could be Layla.

Either way, it’ll be very interesting to see how things play out this season. Since most shows based on high school students start to struggle when the main characters graduate, season four will be a very interesting turning point for the show. If someone has to die, now would be the perfect time to write them out. Since the characters won’t be going to school together anymore, it would be difficult to keep up with all of their storylines. To be honest, removing Layla’s character makes the most sense since Spencer is the main character and they no longer have a close relationship.

At the same time, however, the trailer somewhat suggests that Spencer will be sticking around Crenshaw for a little while longer which means we’ll still be seeing Spencer’s mom, coach Baker, and several other regulars. If he does decide to give up the college scholarship, though, it will definitely change the entire trajectory of his life.

What’s Up With The All-American Spin-Off?

Not only is All American getting ready for its fourth season, but it’s also gearing up for a spin-off. All American: Homecoming will also air on The CW and will follow Simone as she goes off to college. The pilot episode of the spin-off aired as an episode of All American and it gave viewers a good idea of what to expect from the series. Although it originally seemed like All American: Homecoming would air immediately after season three, that wasn’t the case. The show is now slated to air at the beginning of 2022. Aside from Simone, it’s unclear which — if any — characters from the original series will be making appearances.