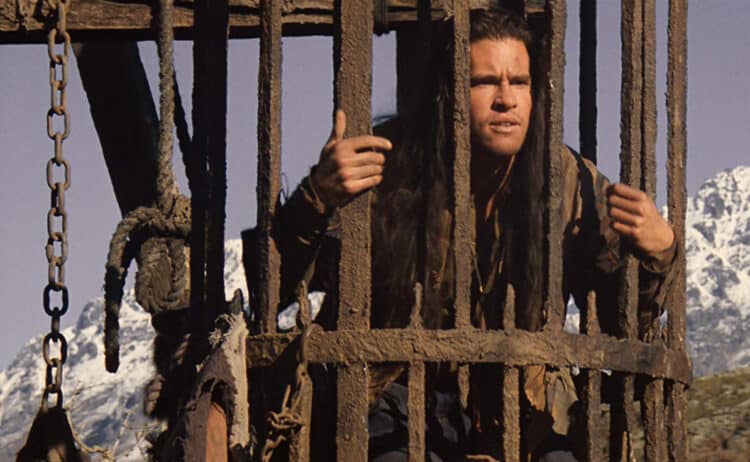 As an older millennial born in 1982, I can recall first watching Willow (1988) on VHS in my parent’s living room. It is, perhaps more so than anything else, a fun movie; it’s not Star Wars level entertainment, even though George Lucas was involved, but it does have re-watch potential. I did re-watch the film many times, and then I hit my teens and sort of forgot about the film. Willow is a nostalgic push for people in my age range, and maybe for some Gen Xers, but that’s about it. The movie was directed by Ron Howard from a story by George Lucas and grossed a respectable $102 million dollars over its budget during the summer of 1988. It’s a bit of a hodgepodge blender beverage of swords and sorcery (huge in the 80s), fantasy, and a touch of romance and adventure. It was also a big vehicle for Val Kilmer–but then again, what wasn’t in the mid to late-1980s?  It was fun, mindless entertainment, but does this warrant a full-scale TV series 30+ years later?

Willow Was a Decent Film, Not Exactly a Great Film

So far, we know that Warwick Davis who played Willow in the film is returning, and that seems to be it. No Val Kilmer as Madmartigan, unfortunately. Unless Kilmer just wasn’t interested, I see no other reason as to why his character is not returning since, after all, he is reprising his role in the new Top Gun sequel. I suppose comedic machismo is just not with the current times (more on this below)–so perhaps he wasn’t asked. Sigh. Anyway, the main second thought about this project mostly revolves around the fact that Willow the movie was just…okay. It wasn’t the swords and sorcery version of Star Wars everybody thought it would be in the 80s. The film broke no new ground in the fantasy genre, and although the visual effects were top-notch for 1988, and the acting was very good inside of a silly, but endearing story, the movie, at best, became a minor cult classic.

Very few details of what the new series will cover have been released. So far, all we know is that the central story will focus on three female leads who embark on a quest to rescue a prince. Sort of like the plot of the original movie just reimagined and gender-swapped for some of the most incendiary (and boneheaded) talking points of Generation Z. This is nothing new for Lucasfilm in its Disney Era, since the entire Sequel Trilogy to Star Wars was essentially a rewritten, tweaked reimagining of the original trilogy. Fascinating, right? I look forward to watching the new series, but I have found myself only feeling intrigued by the proviso that Disney will not screw up the best parts of the movie that captivated audiences in the first place. So it’s already a chore with a tinge of anxiety before the pilot episode even drops—entertainment is supposed to be…entertaining.

Another minor point that is worth mentioning is the fantasy genre in terms of television. Fantasy epics have always been hit and miss when it comes to cinema, and when you look at the genre in terms of TV, it’s even more varied. We already know this will be no Game of Thrones, so that is not even worth comparing. So what else has there been in this genre on the small screen worthy of admiration? The old days of UPN and The CW had a few fantasy hits–Xena, Hercules, but no other swords and sorcery small screen projects immediately stick out. That alone means that Willow as a TV show is not operating within a genre that always works no matter what. This will be the first new non-Star Wars project for Lucasfilm in nearly 6 years, and that’s great since Star Wars is becoming a bit oversaturated, but it’s certainly not a new original project for Lucasfilm, which brings me to my next point.

Is This Really a Nostalgia Gimmick?

I have always adored Warwick Davis ever since he gave me nightmares in the Leprechaun series of horror movies, and he was charming in Willow, but his character wasn’t quite that charming. To the point that I have been wishing and hoping for a Willow continuation over the last three decades. But if the entertainment industry in the 2010s taught us anything, it’s that nostalgia certainly sells, and it sells very well. Popular franchises from the 70s, 80s, and 90s, have been reworked and reimagined to the point of extreme oversaturation. It makes one wonder if Hollywood has a single creative part left in its entire well-oiled machinery. I liked Willow, and I am not firmly against this, but sometimes, certain products need to be left in the past to make their nostalgic allure live on in the future, and I think Willow is an example of that kind of nostalgic product. Oh yeah and…

There is nothing wrong with being more socially aware, but to apply early 21st-century logic to a story with a medieval setting? Well, I will not even get down in the muck with this nonsense, but it seems likely that is where the series is headed. So at any rate, we can expect more of the toxic, agenda-based fluff that has defined far too much of Lucasfilm and Disney lately since Kathleen Kennedy took over. It is not without reason to ponder if one day Disney will stop getting in the way of their own product and stop worrying about Twitter trends, and actually allow creators to create organically without worrying about ticking off arbitrary and divisive boxes that only appeal to one throng of the viewing public? Not likely anytime soon. I predict Warwick Davis will be the punchline and sacrificial lamb offered at the altar of the keyboard crazies by way of the “diverse” younger cast. Don’t believe me? It already happened in the promo video.