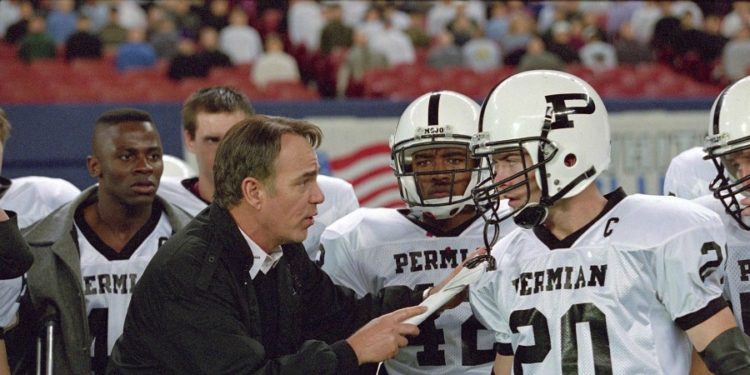 Football is a sport that many people have quibbled about over the years for one reason or another, but when it comes to the movies it’s been glammed up just as much as anything until it’s become clear that some folks really don’t know what it’s all about. The fact is that football isn’t a difficult sport to understand. It’s a difficult sport to master and to play sometimes, but understanding what’s going on when the action begins isn’t too hard. In the movies, though some of this gets muddled since the director and the actors either never played, or they’re trying to do something that goes beyond the mundane antics that are so prominent on the field and create something that people will fully comprehend and enjoy. In any case, there are several things that people get wrong about football in the movies, from the more technical aspects to the glaring errors that anyone who’s played the game would be able to point out.

Here are just a few things that people get wrong in the movies.

5. An aging quarterback can still run and gun. People in their 40s are old-timers in football.

Let’s put it this way, even if you train religiously for years and are at peak performance when you leave the sport, that kind of fitness only follows a person for so long since even trying to maintain it is going to be next to impossible since the body does age eventually. And for a quarterback in their late 30s and into their 40s, especially after being hit more than once during their time on the field, those impacts are going to be harder and his focus is probably going to be a little less reliable since after being out of the game for so long even those well-honed skills start to fade. It’s sad but true.

4. There’s no pressure on the kickers to win the game. Yeah, right.

To be honest, a kicker might spend a good deal of time on the sideline and never be asked to go in to kick a field goal. They’ll usually come out at least once or twice, or more, for the kickoff, but the fact is that punters and placekickers do carry a big responsibility that’s rarely ever seen in the movies since they can make the deciding field goal or PAT at times. Watch a bit of NFL history and you’ll see games that were decided by field goals, thus making the kicker the hero since his aim was strong and true. While they don’t get a lot of credit at times, they definitely deserve some respect now and then, and yes, there is plenty of pressure.

3. The offensive line is always a tightly-knit group. The quarterback better hope so.

This is the idea after all, that the entire team be on the same page with each other when it comes to game time. But the truth is that this isn’t always the case since some guys might have an issue with each other that hasn’t been resolved yet and might not get resolved until after a game. Unfortunately for a quarterback, if their front line isn’t vibing then they need to find a way to snap them into focus at that moment since they depend on those big guys in the front so the big guys on the other side of the ball don’t come running through unchecked to plant the quarterback in the dirt.

There have been a few movies that have been kind to the defense, but a lot of movies tend to view the offense as the side that gets all the glory. Has anyone ever seen an offense make an impressive goal-line stand? How about a three and out that the offense handled? No? That’s the thing, the defense is just as vital to the game as the offense, but they’re often the workhorses that don’t get enough credit since they’re in there to make certain that the offense has another chance to make their way to the goal line. But the offense has to make good use of the defense’s hard work, otherwise, it’s all for nothing.

1. A big contract means a star player is going to stick around. Has anyone watched the game lately?

One might not see a lot of players getting traded in real life or in the movies, but the thing is that a trade is kind of rough since to trade a player off to another team, that next team has to take on that contract and find a way to fulfill it, or make a deal of some sort to see about getting the player without as much hassle. It’s a big mess that the movies don’t often go into, and for good reason.

The game isn’t that hard until one tries to master every little part of it.