Home
Movies
Action
What is The Future Of The Terminator Franchise? 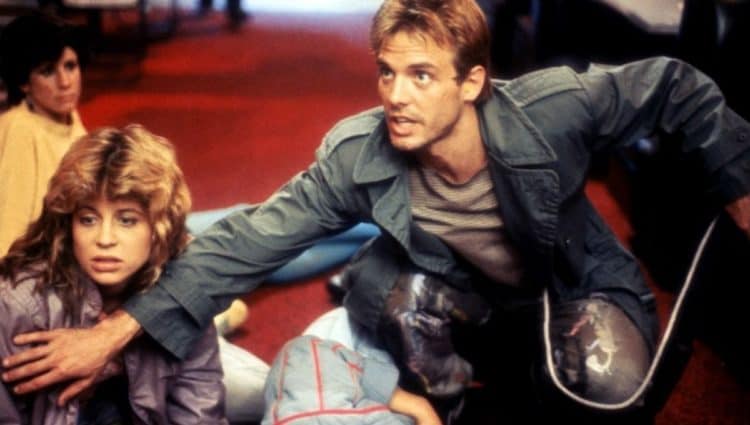 Since Terminator 2: Judgment Day, the lucrative franchise has struggled to recapture the magic that made The Terminator and its sequel such a hot commodity. The fatigue of the franchise showed during Terminator: Genysis, which was review bombed by critics and fans, scoring a low 27% on rotten tomatoes. However, Terminator: Dark Fate managed to effectively kill a potential restart, despite garnering the best reviews since Terminator 3: Rise of the Machines and the return of Linda Hamilton’s Sarah Connor and Arnold’s Schwarzenegger’s T-800. Following the 2019 film, any potential plans for a sequel were canceled and the future of the franchise is currently up in the air. However, there’s no doubt that audiences haven’t seen the last of The Terminator. According to Terminator producer, Gale Anne Hurd, the franchise has a future within media:

To give you some perspective, I used to have a scuba diving practice in Micronesia, and we found that they even screened The Terminator, albeit a bootleg video version, of one of the most remote islands in the world. The awareness is already built-in, and I do think it’s perennial; with the right story, with the right cast, and the right direction, I think there could still be a potential future there.” So we can easily axe out that we’re seen the last of The Terminator; however, the true question remains, what exactly does the future hold for this once-beloved franchise. Let’s dig deeper into what might happen to series going forward.

As many of you, Terminator aficionados know, the franchise tried their hand in the television market with The Sarah Connor Chronicles, starring Lena Headey as Sarah Connor, Thomas Dekker as John Connor, and Summer Glau as the respective terminator. In all honesty, The Sarah Connor Chronicles is the best adaption of The Terminator series following Judgment Day. While the show was short-lived, the television format allowed the writers to expand the Terminator world and not rely on the same plot that’s plagued the film series. Unfortunately, the show was canceled after a two-season stint. So why would the producers take another risk by crafting another show after the first one failed? The same reason that producers keep gambling their money with the constant Terminator features, which is the lucrative name of the franchise. The first two films remain beloved classics despite the muddled mess that followed. More importantly, the franchise has reportedly garnered nearly $3 billion. Despite the public’s wanting interest in the series, The Terminator is far from a flop and the producers know this.

However, one of the core issues of the series is that a rebooted Terminator film kept being pumped out every two or three years. Audiences eventually saw that the executives were milking the name and watched their beloved franchise being used as a cash cow. It would be a mistake if another Terminator film came out in the next five to ten years honestly. As a feature, The Terminator series needs to breathe and get away from the stink of the previous film. There’s been absolutely no speculation on a new television show; however, this would be the best way to bring back the Terminator world. This television show can explore the world that the films have yet to do, and still feature the exciting thrills that made the first two popular. This is definitely a slim option, but there’s simply no way that the Terminator franchise is disappearing for ten years, thus a series isn’t out of the equation.

Look, it’s simply impossible to ignore Terminator 2: Judgment Day because the movie is a classic. Halloween was able to get away with this move because the films following the original all sucked. However, I can see the producers pulling this move. They could bring back Linda Hamilton’s Sarah Connor, have a different but older version of John Connor, with Arnold’s Schwarzenegger’s T-800 possibly coming back in this one. Whatever the series does next, it needs to avoid the tired concept of another Terminator coming back in time to kill the chosen one. The filmmakers have barely scratched the surface of the rich Terminator universe and hopefully, some originality plays a factor in the next movie (or show). Given how rejuvenated The Halloween franchise has been since its reboot, the producers might feel that this may be the last route to save the dying franchise. As previously stated, fans won’t simply ignore Terminator 2. That’s just impossible. However, executives are running out of options and this may be the best route to go.