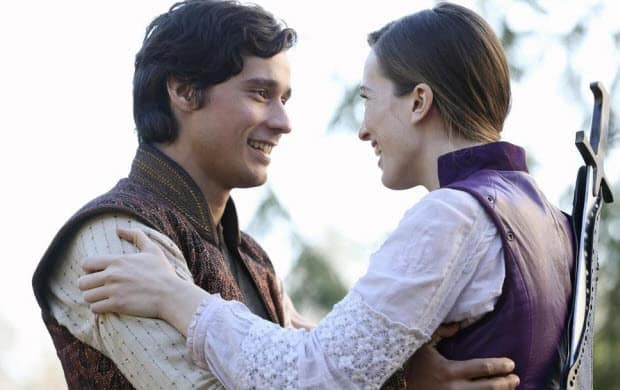 It has been an interesting first run of episodes for the Once Upon a Time spin-off and despite that the ratings hasn’t been that good (although ABC should have expected that when they put the show on Thursdays at 8 PM) and that the effects isn’t as great as the original series, the show has actually been very strong.

If one would put those two mentioned issues aside, the show has actually worked better than expected and a lot of that has to do with its strong cast as well as writing. Despite some hick-ups with the Red Queen in “Home”, one can’t deny that Rigby was actually a lot stronger in this episode compared to her previous episodes.

While she has been decently good as an antagonist, she actually works better as an alley. It wouldn’t be a bad idea if she was on the good side for the rest of the season because at this point, she is an enemy to Jafar.

They gave a lot of explanation to Cyrus’s background and it was a shock to learn that he wasn’t always a genie. That’s an interesting take on the genie mythology and something that they will hopefully get deeper into in the next episode. The flashback in this week’s episode was intense and good because it featured so much of their relationship.

It hasn’t been pointed out enough that Lowe and Gadiot do have great chemistry and it’s definitely a joy to see their relationship in the past. It was the right time to finally reunite these two characters and it felt like a good pay-off as the show is now going to be on a hiatus for a while.

The twist of the episode was a big one as Knave became a genie by using the last wish. One has to wonder how that will get resolved in these remaining episodes of season 1. It’s interesting though how he became a genie by wishing that Alice’s suffering would end. Did this imply that he was somehow seen as someone that made Alice suffer? Only time will tell.

Regardless of the effects, The White Rabbit’s wife (voiced by the fantastic Whoopi Goldberg) and kids were adorable. It was nice to learn why White Rabbit had to betray Alice and that he was forced to because he wanted his family back.

Speaking of his wife, it was a lot of fun to hear Goldberg as the voice of The White Rabbit’s wife. Hopefully she will be back at least one more time before the season is over. Overall, it was nice to see his character explained after these previous episodes and it will be intriguing to see what his role will be in 2014.

Overall, “Home” was a fantastic mid-season finale and while it’s frustrating that the show won’t be back until March (along with the original series), it was a nice way to end its first run of the season for 2013. It’s weird though that with only 5 episodes left that fans have to wait until March.

It would have been a better choice to actually air those episodes on Once’s timeslot while it’s gone. Not only would they be able to fill the absence of Once, but this could also be a good experiment for ABC to see if the show would do better on Sundays in terms of ratings.

While it remains to be seen what ABC will do with Wonderland after episode 13, these five remaining episodes will definitely be worth tuning. Big things are about to happen, based on what was seen in “Home”.

Once Upon a Time in Wonderland will return with new episodes on Thursday, March 6, 8/7c on ABC.