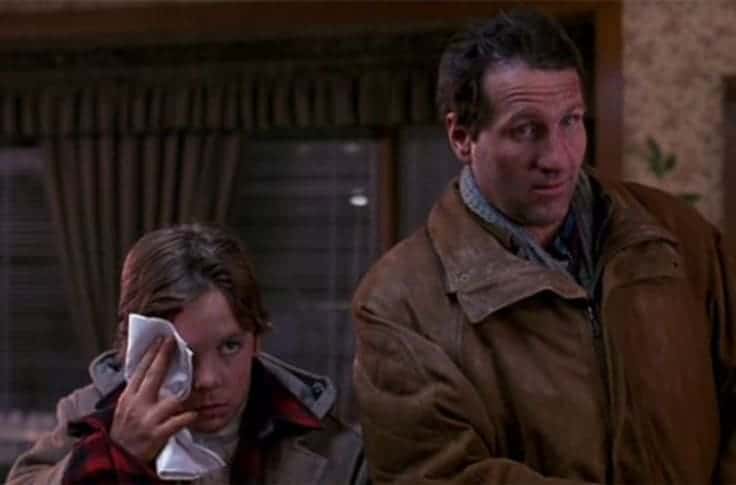 Sometimes it’s a little too easy to find movies that are loved by the fans but have been blasted by critics. Some of them might deserve the scathing reviews they get, but some might actually deserve better treatment since despite what critics want to say there are stories that end up being better than what people are told they are. The response that the movie Dutch was given has more to do with the idea that critics are often searching for caviar in an industry where comfort food can be every bit as good and sometimes exceed any expectations since it’s better than anything that could have cost far more and been less effective. In other words, Dutch was a movie that was good for the well-being of those that watched it since despite the lack of realism in some scenes, which is going to happen in a lot of movies, it still told the type of story that one might look back on and laugh at years later since the absurdity of it did make sense no matter that at the time it might have felt a little out of bounds.

The whole story is essentially a bonding experience as Dutch Dooley, played by the always appreciated Ed O’Neill, offers to retrieve his girlfriend’s snobbish son Doyle from ups upper-crust prep school when Doyle’s father bails on their Thanksgiving plans for a last-minute business deal. Doyle, who has serious hate toward his mother for some reason despite the fact that he still has feelings he won’t admit to, is the type of kid that you can’t help but think needs a swift slap from reality. His pretentious attitude and a serious superiority complex make him a challenge for Dutch, who is every bit as rich as Doyle’s father but is still a working-class individual. This is something that Doyle attempts to bludgeon Dutch with in a verbal fashion throughout the movie since Dutch is a bit rough around the edges, meaning he’s not exactly ‘cultured’ as Doyle has been taught to be.

In a big way though, this is why the movie works. It’s not a matter of stating that rich people are all arrogant jerks, nor is it a way to say that the working man can teach the rich folks a thing or two. It’s that both can learn from each other in a manner that is beneficial for everyone at the end of the day. Admittedly, Doyle has far more to learn than Dutch, who’s comfortable anywhere and whose decision-making process, though questioned by some critics, has more to do with bonding with Doyle and teaching him how the world he spurns so often works. Dutch isn’t out to punish Doyle, but he makes it clear that he’s not going to coddle him like so many others have. Dutch also learned from Doyle what it means to put up with and come to care about a kid that’s not his own, but is an important part of his girlfriend’s life. In short, the two learn from each other when it comes to understanding what she means to them both, and what they expect from one another.

It can be said that Dutch isn’t the blockbuster that some people might want to see, but it can also be said that it’s one of the more comforting and enjoyable movies out there that deals with the holidays and the struggle of some family members to just get along and enjoy one another’s company. Another note about this movie is that it’s a wake-up call for Doyle to realize that the world beyond his safe and secure world where he has at least some pull and influence is a place where he has no control. Doyle had to learn the hard way that people won’t do what he wants just because he threatens them in one way or another and they certainly won’t bow to his whims if he mentions that his father has money and is an influential person. That’s a hard lesson that some folks these days still need to learn, so to be fair, this movie was installing a valuable lesson that’s been needed more than once over the course of history.

Dutch had a few lessons to learn as well since he was likely thinking that retrieving Doyle would be easy and he’d be back in a short amount of time to show his girlfriend that he was fully capable of handling her kid. Well, he did that eventually, but he had to go through just as much of a headache getting to that point as Doyle did, since not only did he have to put up with the kid, but he had to deal with the antics that Doyle initiated as well. But stating that this movie wasn’t worth anything is a serious misstep when the truth is that it showed a lot more heart and common sense than a lot of the movies we see today.