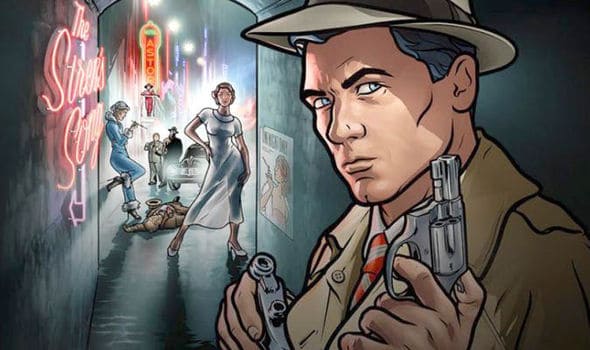 As spy shows go Archer is perhaps one of the most popular and season 8 was nothing to sneeze at. The entire cast has had people rolling and wanting to see more of the main character’s antics from the start and it hasn’t let up yet. Some people might have thought that Archer would be something that would be there and gone without much fanfare, but so far it’s lasted far longer than anyone believed possible. The hilarity of it is that the show has changed throughout its course and yet it’s still the same thanks to the main characters and their very distinctive mannerisms.

Here are some of the best clips from season 8.

The hilarity of the show comes from the fact that you almost expect it to be serious but then it goes so off the rails that you can’t help but laugh. Even the promos are enough to make a person break out laughing as they try to figure out between the gales of merriment just what’s going to be happening on the next episode. One thing you should know about Archer after the first episode however is that it’s definitely adult-driven.

With Archer in a coma you’d think that the show might slow down a bit, but when he enters the dreamland sequence it’s a lot more of the same since he’s not going to be bound by anything like a coma. Every now and again though Archer does get a little more serious, but then the funny comes in again and kind of knocks the more serious aspects of the show aside like a house of cards.

For someone in his line of work Archer seems a little squeamish at times, but then anyone being told that they need to take someone’s finger to secure a ransom might be the same way. Also you don’t tend to see Archer in this kind of condition all the time, maybe the guy just needs to go for a long rest before driving anyone out to deliver a ransom demand. But hey, who needs rest when you’ve got pharmaceuticals?

Archer’s talks with the deceased leave something to be desired it would seem since his decision-making abilities are less than adequate at times. His touching moments are a bit strange and manage to raise a few eyebrows no doubt, but despite it all it’s still touching for this show. In the meantime the show seems to enjoy going up and down the emotional ladder in an effort to make it seem a little more sincere.

There are a lot of moving parts to Archer that tend to act independently it seems until it’s time for them to come together and act as a cohesive unit. What the unit looks like at times is highly questionable but it gets the laugh and for a while now has managed to entertain a lot of people. This might not be a show for everyone but it certainly has what it takes to make most people laugh at least once.

It’s an odd show to be honest, but it works.