Home
Television
Days of Our Lives Spoilers: Has Hope Been Shot? 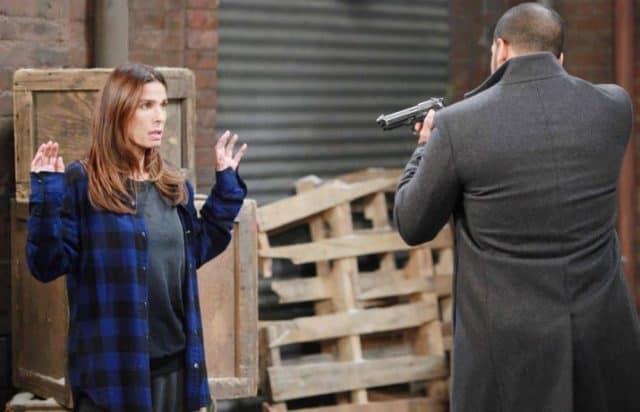 Days of Our Lives is leading up to a week of craziness before the weekend arrives, and today is no different. Hope is in a place that’s not good for her, and she’s struggling. It doesn’t matter to her yet that Stefano has been captured and arrested and that proof of his life is there for everyone to see. She’s got too much going on in her own life. She’s a wanted woman because she was removed from jail and everyone thinks she escaped. She’s injured. She’s getting better, but she’s also going to suffer a little more because she didn’t have any medical care while she was injured. All she had was an old friend living with his own stress and his own issues.

Raines caught her in the alley, and we heard gunshots. Did he manage to shoot Hope, or was she able to get away? We won’t find out just yet, but we will find out that her life has a much brighter outlook now that Stefano has been captured. Marlena has been captured, and she’s in danger, but we know she’s going to be just fine and that they will capture Stefano. He’s going to disappear from jail, but no one cares because he’s been caught and the proof is there. Back in Salem, however, Abby is just realizing her husband is missing. It’s going to panic her even more when she realizes he’s missing alongside the woman he was falling in love with when he went missing.

She’s scared to death, but we have to wonder if she’s scared because he’s missing and she knows what’s going on in his personal and business life, or if she’s scared because he’s missing along with Gabi. We believe she might be a little more worried about the latter. She doesn’t want them to have too much time alone together, and she certainly doesn’t want them to realize they love one another while they’re missing and probably being held captive by someone else. She’s going to make it her mission to make things work, and she’s going to get her husband back.