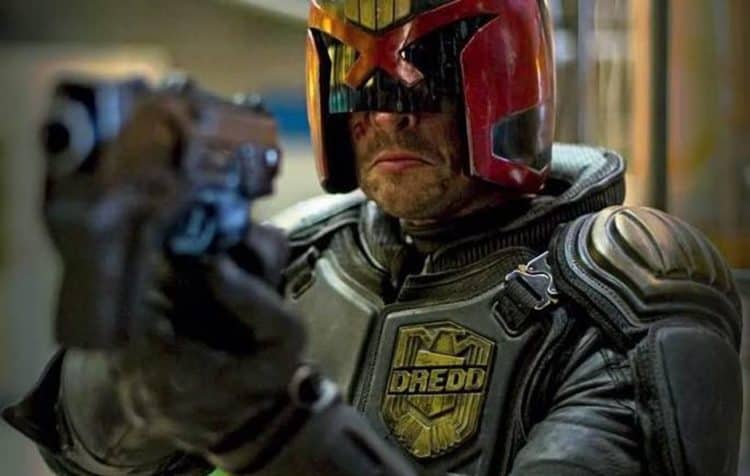 Based on the 20oo AD comic strip Judge Dredd created by John Wagner and Carlos Ezquerra, 2012’s Dredd is the second film adaption starring Karl Urban (Thor: Ragnarok, Star Trek Beyond), Olivia Thirlby (Juno, The Stanford Prison Experiment), and Cersei…er, Lena Headey (300, Gunpowder Milkshake), the remake follows the judge, jury, and executioner himself as he’s partnered with a rookie who has powerful psychic abilities. A report on a terrible crime sends Dredd and Cassandra to a violent area run by Ma-Ma, a drug lord who will do everything in her power to protect her property. While the 2012 film would go on to achieve cult status, Dredd was a commercial failure as the movie made only $41.50 million worldwide, based on a $50 million production budget. The remake received solid praise from critics, with Dredd currently having a 79% rotten tomatoes score. So, what happened? Despite Dredd being a well-known property that was praised by most critics, the movie fell hard on its face. Here are several theories on why the film ultimately failed to make a splash at the box office.

The Mid-Budget Film Came Out During A Bad Time

September is usually known as a bad time to release movies. Yes, there’s been big openings throughout the month such as Shang-Chi and The Legend of the Ten Rings blowing away the box office during Labor day weekend with an impressive $71.4 million domestically, It drawing a massive $123 million, and The Nun surpassed expectations with nearly $54 million in the first weekend. However, studios mostly avoided putting blockbusters in the month of September around this time, with films typically drawing extremely low numbers in the past. Hell, the 2006 film The Covenant opened with a measly $9 million domestically at the box office, and that film managed to grab the no. 1 spot that weekend.

Dredd ended up losing to David Ayer’s End of Watch, which only garnered about $14 million. Dredd opened with nearly $7 million. With so much focus on back to school and work, films tend to be ignored unless audiences are really invested in a certain product. Obviously, this is how movies work every weekend; however, the point is that people just weren’t that invested in Dredd 3D. Despite a strong cast, the film lacked any star power and the only notable media property was the 1995 film, Judge Dredd. The Sylvester Stallone vehicle bombed with critics upon its release, scoring a terrible 22% on rotten tomatoes. There’s plenty of factors on why Dredd failed to make a killing at the box office; however, there’s no doubt that coming out in a slow month like September is part of the reason.

Because of James Cameron’s Avatar, 3D became widely popular in the movie world. While that film was far from the first to use the technology, the incredible way that Cameron mixed the movie experience with the 3D ability was awe-inspiring, and the sci-fi feature ended up becoming the top-grossing film of all time. For a lengthy period of time, theaters were bombarded with 3D movies. This became a blessing and a curse. The blessing? 3D films more often than not got the No. 1 spot and with higher ticket prices, that was surely a great thing for the movie business in general. The curse? Most 3D films were bad.

While the hunger for 3D films lapsed over time, 2012 still featured an abundance of these special movies. By the time Dredd 3D came into theaters, over 50 3D feature film had been released in 2012. The 3D fatigue likely set in by the time the film rolled around. With higher prices, fans weren’t likely willing to spend more money on a movie that they probably didn’t have too much interest in. Plus, many moviegoers are actually turned off by the 3D aspect in itself. Yes, there was an option to not watch the film in 3D; however, most movies in this aspect are written with the 3D technology in mind, thus the regular 2D picture either comes across as bland or bad.

The Lack of Stars

As previously mentioned, the lack of stars really did hurt the film. At that time, Game of Thrones was still fresh and young, thus Headey was mainly known for her role in 300 or as Sarah Connor in the short-lived (but awesome) Terminator series. Urban’s star power was a bit bigger thanks to his time in two of the Lord of the Rings movies and Star Trek, though the talented actor didn’t have a proven track record of being a box office draw. Olivia Thirlby was still new in the movie business. All the actors are great in their respective roles, but the lack of name talent likely didn’t draw much interest from the crowd.