Home
Entertainment
The #TimesUp and #MeToo Movements and Hollywood Stars 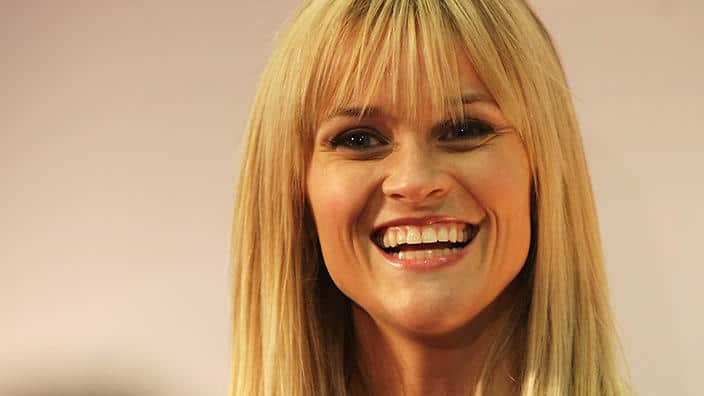 The #TimesUp and #MeToo movements have redefined how Hollywood and celebrities in the world of movies react to sexual abuse and inappropriate behavior at the workplace. After decades of sweeping every incident and story under the carpet, celebrities are now talking about it all openly, even on the red carpets of mainstream events! Here, we take a look at all the major happenings in the movie industry that are in any way related to the #TimesUp and #MeToo movements.

The TIME’S UP Foundation

Probably one of the most concrete steps taken in the direction of setting up a well-planned and well-structured movement against sexual misconduct at the workplace is the TIME’S UP Foundation. With the aim to provide “safe, fair, and dignified work for women of all kinds” the foundation aims for safety and respect for everyone at the workplace. A charitable organization, the foundation dispenses its works against inequality and insecurity through three on-the-ground programs — the TIME’S UP Legal Defense Fund, the TIME’S UP Impact Lab, and the TIME’S UP industry change initiatives. Three primary aims define the foundation’s work — Safety, by insisting everyone is safe at the workplace, Equity, by leveling the playing field for women, and Power, by disrupting the status quo. On the ground, three more approaches have been put to work by the foundation to bring about change — Changing Culture, to create a work environment where harassment and inequality are no longer tolerated, Changing Companies, so that workplaces everywhere are safe and equitable, and Changing Laws and Policies, so that rights of workers are protected and expanded. Impactful in so many ways and life-changing for those who have been suffering any kind of abuse at the workplace, the #TimesUp and #MeToo movements soon gained a following of epic proportions. Almost everyone who knew what was going on stood up and lent their voices to these movements and soon enough, change wasn’t something people were hoping for, it was something they could reach out and take for themselves. Here are a few stories that revolved around the movements.

The woman who, only along with a handful of other like-minded individuals, singlehandedly spearheaded one of the most impactful and important movements the industry has seen, Reese Witherspoon brought to the fore an issue that was, before this, only spoken about behind closed doors. And to think that it all began simply as a discussion! Allison Janney and Laura Dern were among those who credited Reese with initiating the movement and giving it the form that eventually made it more than just another interaction.

As an actor who has always been vocal about her own unfortunate run-ins with sexually inappropriate behavior, Reese has always maintained that working in Hollywood was indeed a tough nut to crack for women. In initiating the Time’s Up movement, Reese took the fight beyond Hollywood, providing women all over the world a platform they could use to help fight their own battles. Maybe, if it wasn’t for Reese, the movement would have never gone beyond discussion and dialog. So, thank you, Reese Witherspoon!

Oprah Winfrey Speaks Up and Stands in Support

Easily the fairy godmother of the industry, when Oprah Winfrey speaks, the world stays calm and listens, and that’s exactly what was required to give the #TimesUp and #MeToo movements the momentum and support they deserved. At the Golden Globes of 2018, Oprah took to the stage to accept her Lifetime Achievement Award and delivered one of the most impactful and touching speeches of all time. It brought tears to the eyes of every member in the audience and certainly touched a lot of raw nerves. The vulnerability that the speech brought forth from the biggest of Hollywood stars and the emotional quotient of each powerful statement that Oprah made makes this speech one of the most impactful ones and even today, women revisit the speech to gain strength and direction. “But their time is up,” is the ultimatum that Oprah delivered to all the tyrants who thought they could continue their inappropriate behavior due to the positions of power they hold at the workplace, and the world listened.

Of course, as is her conviction for all things good, Oprah continued to support the movements beyond the Golden Globes stage and there are several instances where the powerful celebrity took on the responsibility of speaking and encouraging others to speak about everything the movement wished to change and achieve. A voice that provides strength and hope to millions around the globe, Oprah’s support to the movements has been phenomenal and has indeed helped in increasing the impact quotient.

When an insider speaks, it makes even more of an impact, and this is something that Natalie Portman knows only too well. A global star who has been associated with the industry even as a child artist, Natalie probably knows everything there is to inequalities in the industry and thanks to her long stint in Hollywood, is the perfect spokesperson for these issues. And speak she did! From interviews to taking the stage at public events, Natalie has time and again used her popularity and reach to speak out on all things abuse and lent the #MeToo and #TimesUp movements quite a lot of momentum.

The best part has been Natalie’s honest approach to the issue. Openly speaking about how she once thought that all the advances she faced were only a part of the industry’s process and even sharing stories of how she was once invited to travel on a private plane by a movie producer and found only one bed on it, a clear indication of a sexual advance. And although she admits that her opinion of not agreeing to the proposition was respected, she does share her discomfort and fear with how people in power can easily pass off “unacceptable and manipulative” behavior as an industry thing. Such was Natalie’s dedication to the movement that she even gave up her usual belief of staying away from social media and joined Instagram to spread the word. Unafraid to speak about inequality even on the world stage, everyone remembers how Natalie pointed out the absence of female directors in the list of nominees for the Best Director Award at the Golden Globes. Clearly, one to never mince words when it’s a fight for something she believes in, Natalie’s continued support of the movements has certainly made an impact.

The Star-Studded Launch at the Golden Globes

The 2018 Golden Globes proved to be the event where the Time’s Up Movement truly took flight and began to gain momentum on the world stage. And with a plethora of stars looking on, the women of Hollywood used the platform to speak out against abuse in all forms and announced to the world that they were truly done with it. One after the other, from the red carpet to the stage, women kept announcing their support for the movement and the world knew that things were now finally taking root. Even more impactful was the fact that despite the apparent popularity and power they had, even these celebrities were victims in their own way and were now ready to fight back. And this thought of solidarity has proved to be quite empowering and encouraging for women around the world who are in even more vulnerable positions.

Refusing to let the momentum die down, all the celebrities who spoke in support of the movement at the 2018 Golden Globes continued to speak on it through the years, using every interview and opportunity to let people know that the movement is up and running and is willing to lend support and courage to all those who seek it. From Barbara Streisand and Oprah Winfrey to Reese Witherspoon and Natalie Portman, the biggest celebrities took to the stage and spoke in support of the movement, giving it the limelight it deserved.

While the 2018 Golden Globes proved to be the launch platform for the Time’s Up Movement, it wasn’t surprising when almost every celebrity who took the stage voiced his or her support for the movement and all it was aiming to achieve. So, it wasn’t really a shocker when James Franco, who was up in the limelight to collect his Golden Globe for Best Actor said a few words in support. Only, James’ support didn’t really go down well with fans who were aware of the past sexual allegations that have been brought up against The Disaster Artist star. Among the alleged transgressions pegged on James are repeatedly approaching a 17-year-old girl to have a relationship and forcing another woman for oral sex favors. So, although the actor’s intentions seemed genuine and supportive, his own past made it difficult for fans to digest his words.

Not Just Talk, There Has Been Real-Time Action Too!

All these voices of support and open rebellion against inappropriate behavior — that was, at one time, considered a thing every actor had to take in his or her stride — prove that Hollywood celebrities are done with all forms of sexual exploitation at the workplace. And to see that they are also lending their support to other workplaces across the world is even more heartwarming. What’s even more commendable is that unlike other movements that only make headlines and then gradually fizzle out and vanish, the #TimesUp and #MeToo movements have truly made an impact. Firstly, the very fact that a record number of women have come forward and gathered enough strength to voice their protests against abuse and exploitation at their respective workplaces shows just how essential it was to have accomplished women like Hollywood celebrities show that it was alright to show vulnerability. Secondly, the awakening and subsequent reckoning has proven to be more than enough for chronic predators to put a stop to their incessant toxicity. Knowing there would be repercussions is sometimes all it takes to keep sexual predators at bay and who knew that two viral hashtags would go such a long way in achieving this! Here’s wishing more strength and power to the masses! May the #TimesUp and #MeToo movements continue to transform the landscape and accord justice, equality, and respect to all!