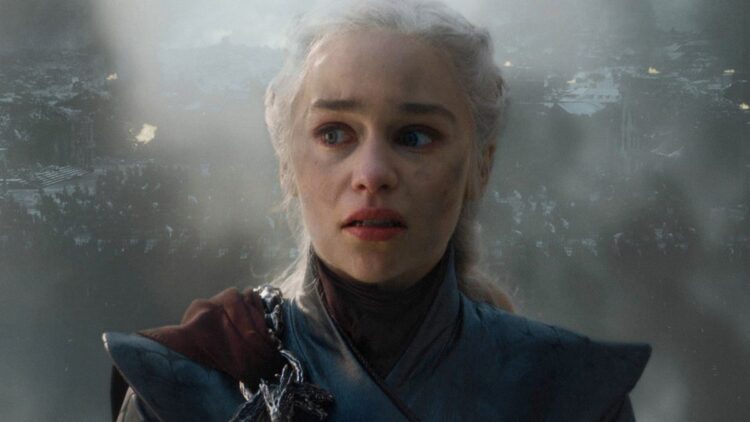 It’s becoming a rather old argument that has a lot to do with equality in Hollywood when it comes to women. The representation of women in Hollywood has been increasing in its efficiency over the years, and yet with each passing year, it would appear that there are more issues to deal with. Some are very important and require the attention of those in positions of authority when it comes to addressing and rectifying them. But in this particular case, showing the corruption of female characters in TV and movies, it’s very easy to think that female empowerment is not under attack but is rather being respected and honored with the idea that they can be seen to be just as unhinged as male characters can. There has been an argument over what men and women can do in movies and TV over the years, and the representation given by various characters has changed over time since, well, people want equality. But the sticking point is that despite wanting equality, some folks tend to think that there’s a trend of showing women who go from being fan favorites to being seen as unhinged and dangerous to themselves as well as others.

This isn’t a huge issue when one looks at it from a perspective that is meant to remind people that playing the part of an unhinged character is, for all intents and purposes, the purpose of many characters in the movies and on TV. Why anyone would see this as a negative that needs to be turned into a debatable issue isn’t impossible to see, but it’s difficult to think that calling this equality would be such a problem. For so long women have been wanting to be seen as equals, but turning women into unhinged villains that are capable of going berserk just as much as men is kind of a head-scratcher.

Apparently, there is an issue in turning lead female characters into rampaging monsters that are so completely unhinged that they become a massive problem for the rest of the characters in their shared story. But that’s kind of funny, since male characters have been doing this for a while, no one has said much unless the character in question becomes so deranged that what they’re given to do crosses one line or another. Even then, the understanding is that it’s fictional, it’s entertainment, and isn’t meant to be taken to mean that all men are the same way. The belief that fictional characters speak for an entire gender is kind of funny, since, by that measure, every man would be cruel, calculating, unhinged, berserk, and possess many other qualities that society can’t deal with in reality, but glorifies in TV and movies. So, if women want equality, shouldn’t they be given the same chance to present characters who are just as terrible, and just as capable of the same type of destruction? The fact is that we’re well past the era when women were thought to be completely reasonable and able to compose themselves at all times to appear ‘lady-like’. It’s only fair to think that women could easily lose themselves to madness and corruption in fiction as men do. In fact, it’s produced a few very interesting characters over the years, and it’s created a lot more equality than some folks might think.

But like always there are naysayers that don’t want to admit to this, and that will think that the depictions of women as insane and out of control are inherently negative and put them in a bad light are damaging and thereby not necessary. One has to wonder if the people making these claims are fully aware of how long such a trope has been around since it’s nothing new to be realistic. Mad women have been a part of cinema for a while, and even though some think that it’s not a good look, it’s rarely ever brought up that portraying men in the same light might be a bad idea. Why is this? Oh, right, because men are vicious thugs and devious madmen that control the world because of the…wait for it…patriarchy. Oh, if only sarcasm could drip from a word.

The fact is that people who are capable of depraved and insane acts, such as setting fire to a city to spite their enemy, or turning on their friends and family for some of the most ridiculous reasons, are under attack by those that think it’s not needed is kind of funny. Insanity isn’t always a funny or cinematic element in a lot of stories, but how it tends to be presented is still something that makes for a great tale, no matter how depraved or psychotic it turns out. Female characters who are seen to suffer the same madness that men have been seen to endure for so long aren’t an issue to anyone save those who might need to remember the difference between fiction and reality.