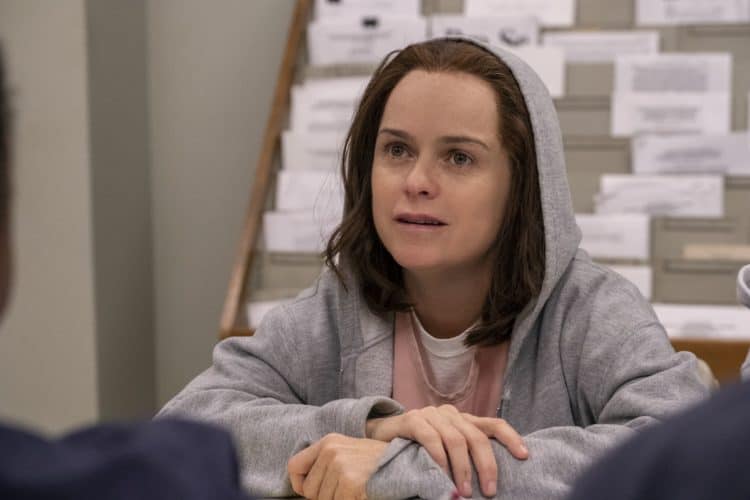 Almost everyone has heard the word “Karen” being used to describe entitled white women, usually middle-aged, that feel that it’s their responsibility to police the world when things they don’t like or appreciate happen. The idea that all Karens are racist is hard to get away from since too many white women apparently target those of other ethnicities and races with their inane rants and speeches, making it apparent that they are bigoted and racist in some way. Taryn Manning is being given the chance to make a movie that will feature the epitome of all Karens as she’ll be playing a racist southerner that openly antagonizes her black neighbors who will happen to be Black Lives Matter supporters. There’s no word on when this movie will start production or went it will be released, but one can just imagine that some folks might speak out against it and some might be excited to see what can be done. The whole idea of calling women Karen is something that people have argued about a bit, but the trick is that no woman would likely be called this if they were to mind their own business or, barring that, found a way to speak to others in a rational manner that didn’t devolve into the women in question appearing entitled or prone to acting superior in any way.

This is perhaps what really grinds on many people, that the women that earn the Karen title tend to be some of the most entitled women around and have little to no call to act the way they do. Calling them by a name obviously isn’t the best idea and those women actually named Karen have already tried to come up with another solution since the label tends to make a person look bad when it’s their name that’s being dragged through the mud when they’ve done nothing wrong. There are many other names that many people would love to call these women that have acted out in this manner on social media over the past couple of years, but few if any of them are polite enough to repeat. When contesting the idea though, a lot of people tend to forget that those Karens that have been caught on social media acting the way they do usually have no solid defense for their actions and words since they tend to act and speak on impulse and have little if any true thought behind what they say. If they do then that’s even scarier since it means the IQ of the average Karen isn’t that great.

Manning, who’s already played a character that could be called problematic on Orange Is The New Black, could be one of the perfect faces for this role, though there are plenty of others that might be able to help out if that’s the plan. After all, Bryce Dallas Howard proved that she could play a very convincing Karen when acting in The Help, and it’s likely that several others could do the same. It might be easy to think that all a woman has to do is act entitled and think that she needs to get her way all the time, but there is a little more to it since the average Karen seen on social media tends to differ from one post to another. One thing they all tend to have in common is that eventually, they get to screaming since people don’t want to listen to them or do what they want. Plus, all of them appear to think that their time is more important than anyone else’s time, so Taryn has her work cut out for her when it comes to nailing the role of “Karen” with a degree of accuracy that’s going to be looked at pretty critically by a lot of people that watch the movie. There are a lot of people that feel that the term Karen is the equivalent of the ‘n’ word for black people, but there’s a huge distinction to be made there. For one, Karens are usually very entitled white women that are anything but oppressed and haven’t been in their entire lives, so far as anyone knows. Another point is that when it comes to derogatory language, a Karen is more or less a woman that will seek out the conflict where black people that have been called horrible names in the past never did anything to earn such vitriol. So to be fair, Karens have kind of earned their distinctive label and as such are being called out for it.

How a movie on the subject is going to pan out is anyone’s guess since plenty of women are trying to ignore or rebel against the label, which of course only reinforces it for many people.