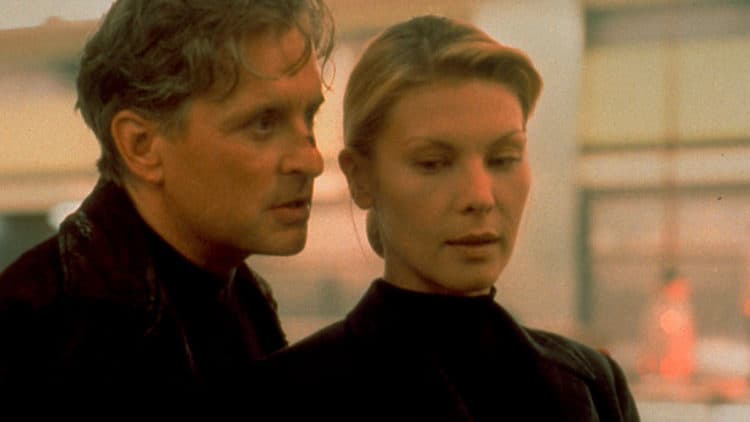 David Fincher‘s The Game turns 25 in 2022. It has been a quarter of a century since the film was released. Some of you might have watched it when it first came out, but chances are, there are a lot of people, especially the young ones, who haven’t. The Game is a 1997 American psychological thriller film directed by David Fincher and written by John Brancato and Michael Ferris. The movie stars Michael Douglas as Nicholas Van Orton, a wealthy investment banker who wants to live life to the fullest with his brother, Conrad (Sean Penn), after their father’s death. After being given an unusual birthday present from Conrad, Nicholas finds himself drawn into what he thinks is an extraordinary game — a game that seems real enough to make him question his sanity. If you haven’t seen the movie yet or you’ve seen it before but want to watch it again, here’s your cue to hit up your streaming services and rewatch it in 2022. Here are reasons you should watch The Game on its silver anniversary.

The Game is worth watching not only because it’s a David Fincher film, but also because of its star, Michael Douglas. The movie features Douglas in his prime playing the role of Nicholas Van Orton who is an investment banker with a successful life until he starts receiving strange presents from his brother, Conrad. These presents are meant to lure Nicholas into an extraordinary game that seems real enough to make him question his sanity. Michael Douglas’ performance is what makes this movie so good. His intensity and dedication to the character make for quality entertainment. Supporting actors like Sean Penn and Deborah Kara Unger also do great jobs at portraying their roles. Overall, The Game is quite compelling and entertaining. It captivates your attention because of its suspenseful plotline and creates many intellectual discussions afterward. It’s definitely worth a rewatch.

Another reason to watch The Game is Sean Penn, who plays Michael Douglas’ on-screen brother Conrad von Orton in the movie. Sean Penn’s performance on The Game is masterful, an excellent reminder of why Penn is often considered one of the greatest movie stars in Hollywood right now. Sean Penn’s performance in The Game is such a scene-stealer that you often find yourself forgetting about Michael Douglas completely — and that’s saying something. Of course, the movie isn’t really about Sean Penn. It’s about Michael Douglas’ character, and how he gets caught up in his own game of lies and deceit. There’s also veteran journalist Daniel Schorr’s cameo on The Game. An amusing inclusion, which adds to the realism of the movie, Schorr — a non-actor — plays a pivotal character in the movie, flipping van Orton’s life upside-down and bringing him into a maze that makes him question reality itself. It’s an interesting cameo that adds to the realism of the movie, and the fact that it was not just a random actor makes it seem more authentic and real.

Roger Ebert (and other critics) loved it

Anyone who knows movies knows that the late Roger Ebert, the notorious film critic for the Chicago Sun-Times, is hard to appease. However, The Game seemed to have touched something in him that compelled the film critic to review the movie positively. He particularly took note of Michael Douglas’ performance in the movie, writing: “Douglas is the right actor for the role. He can play smart, he can play cold, and he can play angry. He is also subtle enough that he never arrives at an emotional plateau before the film does, and never overplays the process of his inner change. Indeed, one of the refreshing things about the film is that it stays true to its paranoid vision right up until what seems like the very end–and then beyond it, so that by the time the real ending arrives, it’s not the payoff and release as much as a final macabre twist of the knife.” Newsweek‘s David Ansen also wrote: “Like Nicholas Van Orton, you know you’ve been had by “”The Game.” But you may not mind. There is a pact we make with movies, not unlike the bargain our hero enters into with the sadistic folks at CRS. We put ourselves in Fincher’s hands, trusting that he will take us to a world we haven’t visited before, and we willingly suspend our disbelief for the stomach-lifting pleasure of the roller-coaster ride. The rational side of my brain can pick this movie apart until all that’s left is incoherent threads. The movie-mad side, happy to lose control, had a hell of a good time.” If you managed to get Ebert and Ansen saying nice things about your movie, it means you’re doing something right.

It has an enduring legacy

What is the legacy of the movie The Game by David Fincher? The Game is often noted for the quality of its screenplay, soundtrack, acting, and direction. It is considered by many to be one of Fincher’s finest films, and the film has received numerous accolades during its time. The film is also noted for its controversial nature, as it deals with issues of sexuality, violence, and murder. As The Game turns 25 in 2022 with a new generation of moviegoers coming into their own, it’s worth revisiting or watching for the first time. It has been described as David Fincher’s secret masterpiece by The Spool, writing: “The Game is an oft-forgotten artifact of Fincher’s career, a third film sandwiched awkwardly between his true breakout in Se7en and his pop-culture sensation Fight Club. But looking back on it now, it’s one of the man’s most assured tales, a clockwork thriller that turns all of Fincher’s detail-oriented obsessiveness into a surprisingly emotional tale of catharsis and dark nights of the soul. Think of it as Gordon Gekko’s Christmas Carol.”

The Game is a film that deserves to be rewatched. Whether you haven’t seen it yet or it’s been a while, now is the perfect time to revisit it. The film’s influence on modern cinema and its legacy as one of David Fincher’s best works make it well worth your time. And with its 25th anniversary coming up in 2022, there’s no better time to watch it than now.