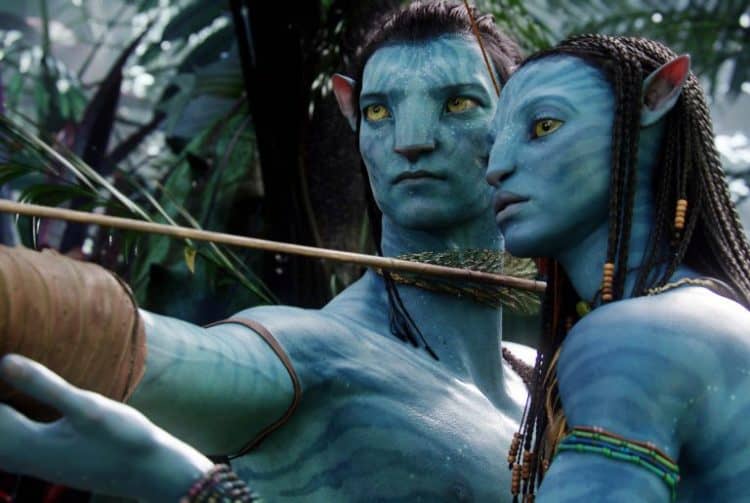 Some folks might think that Matt Damon is kicking himself right about now when it comes to the fact that he turned down starring in the first Avatar movie for a chance to keep moving forward with the Jason Bourne movies. But the truth is that he’s not doing that at all since while it is an interesting story, Damon is happy with the decision he made and it’s probably for the best since thinking about his acting style in Avatar makes one wonder what James Cameron was thinking when he picked Matt as his first choice. It’s real when people say that it’s hard to see what a person is visualizing when they think about certain ideas since it’s easy to think that very few people might have selected Damon for the Avatar movie, either because he doesn’t feel like he would be the right fit or because it doesn’t exactly play up to his style of acting. It’s a bit hard to explain really, but Matt is one of those that can take on action, drama, and even comedy, but for this role, it was likely better to have someone that wasn’t as well known to fill the lead role.

For one, it allowed the world of Pandora to take over a bit now and then, showing Cameron’s vision in a much more potent manner that didn’t focus on Worthington all the time, even if he was the main focus in a given scene. Worthington kind of disappeared into the scenery at times, even though he put in a great performance. He was someone that could step up to the plate and offer a presence that wasn’t overwhelming but was just as convincing as he needed to be while allowing the story to unfold around him. Damon feels as though he might have been too much for the movie, and might have made people lose focus on the world around him. That’s a feeling, not a fact, but it’s a strong one to be certain since, in the Bourne movies, one can’t deny that people pay more attention to Bourne than to his surroundings.

Even Sigourney Weaver, legendary actress that she is, couldn’t stifle the scenery or the story in this movie, though she did add to it in a great way that was fully appreciated even if her character eventually died. But Sam Worthington, while he is a big star, is still someone that feels humble in a way when he’s on-screen, no matter what he might be like in real life. His ability to take on the role of Jake Sully was great since he became another grunt, a Marine that had been tossed aside until it happened that he was invaluable due to the death of his twin brother, who was far more intelligent and was well-regarded by his peers. Sully’s role in the movie was essentially that of a backup, a person who could take over the project that his brother had started. Sam was definitely the right person because he could fall into the role in a way that people could accept, while Damon might have very well dominated the role and had people paying too much attention to him and not enough to what was really going on.

To be honest though, he did miss out on one heck of a payday, since the million he would have made from Avatar is amazing to think about. But given that he’s already a millionaire many times over, it could be that he didn’t feel the need to step out of his comfort zone at that time. The decision is one that’s become a great story to tell, and likely gets a few laughs here and there as people wonder what might have happened to the movie had he actually taken Cameron up on the part. But with another couple of sequels coming up, it’s likely that Matt would have found his schedule a little too packed since he’s been a busy man over the years. It’s tough to say that Worthington has been just as busy since he’s not quite the same level of actor as Damon is, or at the very least he’s not regarded as being on the same level.

But people are getting excited now for the movies to start coming out again, and for good reason, since there’s no telling what’s going to happen to Pandora when the first sequel rolls out, or what will happen to Jake and Neytiri. Plus, there’s the idea that humanity might want to return just to even the score, since humans don’t like being smacked around with impunity, and might decide to take a serious offense to the events of the first movie. But we’ll have to wait and see what happens, and in the meantime just shake our heads over the reason Matt Damon said no to the first movie.