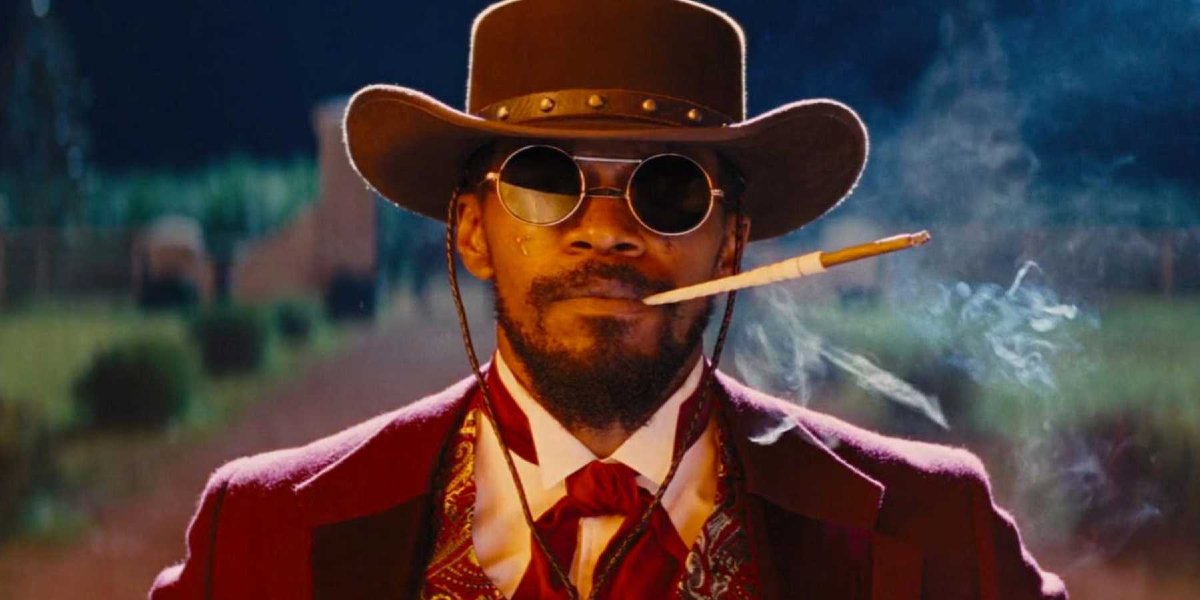 Django Unchained is one of Quentin Tarantino’s most celebrated films. Released in 2012, it tells the story of a formerly enslaved person, Django (Jamie Foxx), who teams up with a German bounty hunter, Dr. King Schultz (Christoph Waltz), to take down a group of slave traders led by Calvin Candie (Leonardo DiCaprio).

The film was a critical and commercial success and won two Academy Awards – Best Screenplay and Best Supporting Actor for Waltz. It has also been widely praised for its depiction of slavery and the brutality of the American South in the 1800s. Reviews during its premiere were generous, with IndieWire writing about the film: “Tarantino designed this revisionist western to blow people’s gaskets. Packed with physical comedy, bloody action, and hell-bent revenge, it looks like a classic widescreen Sergio Leone western…” Polygon also wrote: “Packed with thrilling gunfights, tense drama, memorable quippy dialogue, and an impressive collection of breakout performances (minus Tarantino’s weird cameo), Django Unchained easily ranks among the very best films Tarantino has ever produced.”

In 2022, Django Unchained will celebrate its 10th anniversary. Here are some of the reasons why it should be rewatched on that occasion:

Quentin Tarantino is one of the most talented and accomplished directors working today, and Django Unchained is one of his best films. His unique style – combining violence, humor, and pop culture references – is on full display in this movie. His signature filmmaking style is reflected in the movie’s characters, locations, and soundtrack. In an interview with NPR, Tarantino talked about his unique narration of the movie, which moved away from victimizing the protagonist to giving them a heroic journey: “I like the idea of telling these stories and taking stories that oftentimes — if played out in the way that they’re normally played out — just end up becoming soul-deadening, because you’re just watching victimization all the time. And now you get a chance to put a spin on it and actually take a slave character and give him a heroic journey, make him heroic, make him give his payback, and actually show this epic journey and give it the kind of folkloric tale that it deserves — the kind of grand-opera stage it deserves.”

Jamie Foxx is terrific in the lead role, while Christoph Waltz is equally impressive as the bounty hunter who helps him. Leonardo DiCaprio is iconic as the villainous Calvin Candie, and Samuel L. Jackson delivers another memorable performance as Stephen, Candie’s loyal house slave. DiCaprio’s portrayal of the main villain is chilling, and his scenes with Foxx are some of the best in the film. The actor was able to portray Candie in a way that made him both repulsive and sympathetic, which is no easy feat.

Christoph Waltz stole the scene in this movie

Waltz played the part of Dr. Schultz so well that he won an Academy Award for it. Waltz’s performance is one of the main reasons to watch Django Unchained again, as he brings a great deal of charisma and humor to the role. Waltz’s natural charisma was apparent in his previous work, especially in Inglorious Basterds, but he was never given a chance to shine until Django Unchained truly.

One interesting fact about Waltz in Django Unchained is that Tarantino wrote the role specifically for him. In an interview with Cinema Blend, Waltz talked about how he joined the movie’s cast, which would eventually bag him an Academy Award. “I think I can safely say he did. Even though his way of telling me was just extraordinarily wonderful because he put these pages in front of me and communicated this through the character. I got to see the script as he was writing it. In a way, it was a hint. In a way, it was his way of saying getting it. I think, without trying to be presumptuous, I did get it. That was about a year ago.” Still, even though Waltz has worked with Tarantino before, the actor says he felt appearing in Django Unchained was a different experience: “The whole setup is different, the connotations are different, the characters are different, my character is completely different. If I applied what I needed in Basterds, I would be barking up the wrong tree. It’s important to find the right tree to bark up on. I tried to make the story or the script the very source of everything I do. People ask, have you modeled this after someone? Come on. I’m not an impersonator. I’m just an actor. I have this script, and I’m not messing with the character that a writer comes up with. Especially if it’s a writer like Quentin Tarantino. There’s so much. All you can do is try not to miss the point.”

The visuals are stunning

The landscapes of Mississippi are captured beautifully in the film, and the costumes and sets are also impressively realistic. The cinematography was also excellent. It’s no wonder the movie was nominated for an Oscar for Best Cinematography.

The violence is brutal but effective

Tarantino isn’t afraid to show the ugly side of slavery, and the fight scenes are brutal and visceral. However, the violence is never gratuitous – it always serves a purpose in advancing the story. The brutality is not an entertainment factor but a shocking and tragic reality of the period.

The soundtrack is fantastic

Tarantino has always had an ear for choosing great music for his films, and Django Unchained is no exception. The film features a mix of classic Western tracks and contemporary music, which fit perfectly with the setting and tone of the film.

The themes are thought-provoking

Django Unchained covers some heavy topics, such as racism and slavery, and it encourages audiences to think about these issues in a new way.

Django Unchained is not just a powerful historical drama – it’s also a well-made action movie with terrific performances from all of its stars. It’s a must-see film for Tarantino fans and anyone who appreciates excellent cinema. The movie has kept audiences at the edge of their seats for years, and it continues to be one of Tarantino’s best films.