Home
Movies
The Lengths Filmmakers Went for Ghosts of the Arctic 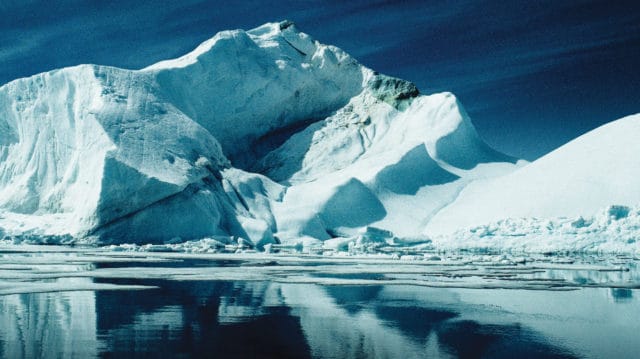 There is a yearning in some to travel to the wild ends of the earth. Polar photographer Joshua Holko is one of the few who has successfully captured images of the Arctic which satisfy this craving. He has made the cold his home, braving temperatures far below normal and traveling by snowmobile into the deepest reaches of this icy world. His quest? Photographing the polar bears.

Australian born Holko has been taking photographic expeditions into the Polar and sub-Polar world regions for years. His numerous awards and accreditation from prestigious institutions tell the story of a man whose passion for recording the natural light and colors of his subjects has resulted in stunning images. He shares his passion with others by taking them on photography expeditions to the remote areas he loves.

Ghosts of the Arctic, Holko’s new short film, took more than two years to plan. The film is only six minutes long, but it achieves Holko’s dream…that viewers would be transported to the wilderness of the Svalbard archipelago to experience the beauty of its wilderness. The Winter shoot created a film with images rarely seen, and that alone is reason to view it. National Geographic recently published the film on both its social media channels and its website. Vimeo placed the film on its front page and awarded it the coveted “Staff Pick”.

Ghosts of the Arctic was a collaborative venture with cinematographers Abraham Joffe and Dom West of Untitled Film Works, and an expedition support team. The team spent a week of eighteen-hour days in the Svalbard, enduring freezing temperatures and equipment breakdowns, to produce the film. Temperatures never exceeded -4 degrees Fahrenheit and often sunk to -22 degrees Fahrenheit. The wind chill factor made the cold and elements more than grueling to endure, as the team maximized its time in the frigid environment by working sixteen hours straight daily.

The search for the polar bears required traversing difficult terrain in snow mobiles. The bruising and battering daily rides often covered more than one hundred and twenty-five miles. The extreme cold resulted in three frostbite cases during the film shoot. Holko experienced a serious case of frostbite on his face when he was completing a short, three-minute take. He only removed his face covering briefly, but still is recovering from it as of July 2017.

While Holko and the team physically suffered through the most difficult shoot any of them have ever undertaken, their equipment also suffered from the extreme temperatures. Their snow mobiles broke down, their audio equipment froze, their HDMI cables snapped after becoming brittle in the freezing air, their LCD mounts simply broke, liquid crystal displays blacked out or ghosted, camera parts shattered, the drones refused to power up or fly, batteries took just minutes to lose charges and steady cams became decidedly unsteady. The team used hand warmers taped to their batteries and equipment. They stored the batteries in the pockets close to their bodies, keeping them warm. They only unwrapped gear just as it was begin used.

To put the environmental challenges into perspective, the team wore layers of clothing, headgear, gloves and goggles to protect against the cold, but these items made it much more difficult to function equipment designed to operate with unencumbered human touch. Camera gear encased in specialized gear bags still needed to be assembled after removal from their zippered compartments. The team often hand-carried cumbersome equipment while hiking across mounds of snow to find the perfect shot. Imagine exposing fingertips to the cold just to be able to use touchscreen technology.

Team members had only 30 seconds to operate their touch screens with their gloves off before being affected by frost bite. Consider how it felt to sit or lie down completely on the ice for long stretches just to capture elusive images. Think about eating meals of frozen cod and pasta, drunk with slightly warm coffee, and a frozen mars candy bar on occasion. The worst event took place on the last day of filming, when one of the snowmobile trailers rolled and crushed their drone.

Holko, Joffe and West created this film due to their passion for the animals and environments which exit at the furthest ends of the earth. Their trek was the kind that they have repeated many times in various locations, though this one was incredibly difficult. Ultimately, they continue, because their images bring the beauty of the regions to people who are not able to take on the journeys. They also continue to document the effects of global warming, which they note are resulting in changes taking place much more quickly than scientific predictions indicated.

Holko and his team were drawn to the winter fjords to photograph the polar bear in its own world. They were fortunate to capture intimate footage after embarking on incredible long-distance runs over the frozen fjords. They filmed in high resolution 4K to record true and visually compelling images. Ultimately, Ghosts of the Arctic is a breath-taking short film which gives the world a glimpse of a magnificent environment and its inhabitants.