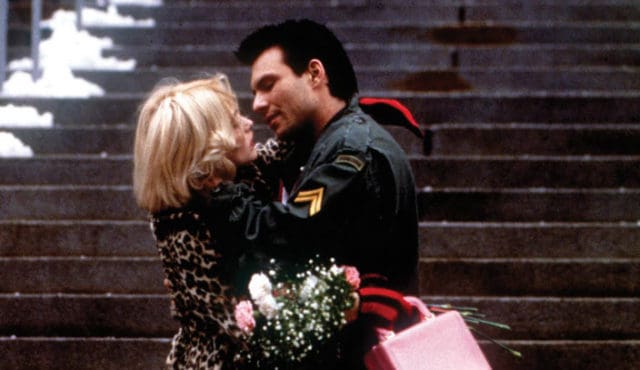 If you want to know what kind of yell that Christian Slater brings to the Yelling Game it’s pretty simple. He’s a reactionary yeller. What that means is that he usually doesn’t raise his voice but he will if it’s to prove a point or just join in the yelling that’s already going on. He’ll go on his rants from time to time but they’re usually short-lived and don’t last for any longer than they need to. His voice has been calm and smooth since the day he came on the scene, just as the ladies used to like it. The difference between him and all other yellers is that more often than not he’ll keep his tone level until someone else brings the noise.

There’s nothing wrong with being a quiet guy, but when the situation gets noisy it’s important that you be able to hang with the crowd.

There weren’t a lot of good things said about this movie but that’s partially because the legend of Robin Hood has been ripped apart and put back together so many times to suit the needs of each individual director and their story that it’s become kind of a patchwork mess. As Will Scarlet though Slater has every reason in the world to hate Robin. After all he’s the reason that Will’s mom left their luxurious life and took him with her.

He’s just the most despicable kind of person in this movie. When his friend is about to get married, to a real harpy but that’s neither here nor there, he plans a trip to Vegas for their group like any good friend would. Unfortunately when things go south and people start dying he’s perhaps the last guy that should be calling the shots, even though it ends up this way.

3. Bullet to the Head

As he’s gotten older his roles in movies that aren’t his own have gotten shorter and shorter. He’s not a terrible actor but his star has kind of been on the descent for the last decade and more. Slater used to be the kind of guy you’d see headlining a movie, and now he’s the guy you recognize in the short amount of time that he’s allowed to remain in the film.

As a villain he’s okay, as a hero he’s kind of meh, but at the very least he makes some of the fight scenes look good as he and Travolta go toe to toe. The two pilots, one who’s gone off the deep end and armed a nuke, the other that’s trying to retrieve it and shut the thing off, go bare knuckles at each other with the firm knowledge that Travolta’s character is the better fight. The difference is that Slater’s character has something to fight for.

There was an outlaw named Dave Rudabaugh that for a brief amount of time rode with Billy the Kid, and he was said to be one of the worst around. His head was even cut off and put on a pole as it states in the end credits. But he didn’t ride with the Kid for that long, and in fact he even took up with the Clantons against the Earps before he was killed.

Reactionary yellers don’t necessarily yell for fun, but they can get into when they want to.