Home
Entertainment
The Crown Season 5: Where Else Have We Seen Jonathan Pryce? 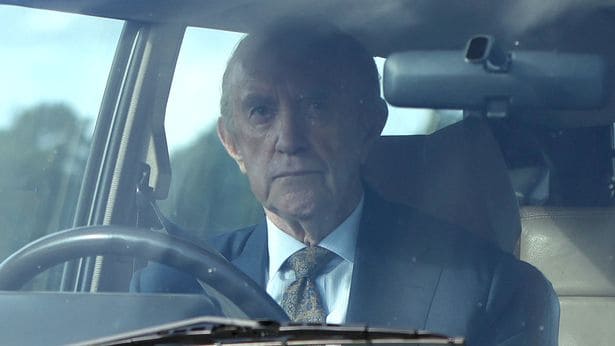 Showrunners continue to build up anticipation for Season 5 of The Crown by teasing its fans with tiny bits of casting news and behind-the-scenes images. Earlier this year we learned that Imelda Staunton (Harry Potter and the Order of the Phoenix) is going to replace Olivia Colman (The Favourite) for the role of Her Majesty Queen Elizabeth II, continuing the show’s tradition of changing the cast when a new timeline of the events is being portrayed. Tobias Menzies (Game of Thrones) has also passed down the baton of playing the late Prince Philip to the veteran Welsh actor Jonathan Pryce. Everyone’s thrilled to see how Pryce is going to take on the role. Prince Philip, an intriguing but sometimes-controversial figure, had been embroiled in several cringe-inducing gaffes particularly later in his life, according to The Independent. Long-time fans of The Crown are wondering whether these will be featured in the upcoming season. Jonathan Pryce is a prominent and well-respected actor in the U.K. and has worked on both British and American projects. As we await his portrayal of Prince Philip in the upcoming season of The Crown, let’s examine some of his most notable roles in the past.

A critically acclaimed masterpiece, The Two Popes stars two eminent thespians, Jonathan Pryce and Anthony Hopkins (Silence of the Lambs). Pryce portrays Pope Francis, then just Jorge Mario Bergoglio, the Archbishop of Buenos Aires, while Hopkins plays Pope Benedict XVI. The movie features the run-up towards Pope Benedict XVI’s abdication of the papacy and Pope Francis’ eventual succession. Pryce earned his first Academy Awards nomination for playing the current pope in The Two Popes, while Hopkins was similarly nominated for Best Supporting Actor by the same awards body. Christy Lemire of Breakfast All Day lauded the performances of the two veteran actors in the film, saying: “It is really beautifully acted, and a lot of times it does feel like a play on film in all the best ways.” While film critics enjoyed the movie, Pryce isn’t quite sure whether The Two Popes has Pope Francis’ seal of approval, although he recounted one moment during a screening of the film where he saw members of the clergy –including one high-ranking cardinal that he was able to meet — emerging from the theater all-smiles. “I was very nervous about meeting him and I talked to him at the end of the film – he came out of the film and he was smiling, as were the other priests and cardinals. They had enjoyed the film. They thought it was very honest… I didn’t exactly burst into tears but it was quite an emotional moment to have that kind of seal of approval,” Pryce told BBC Wales.

Jonathan Pryce also appeared in The Wife, opposite Glenn Close (101 Dalmatians), where she plays the wife to a prominent American novelist. Yet another widely praised project starring Pryce, with Close’s character as the focus of the story, critics have pointed out its exceptional depiction of feminist topics. MaryAnn Johanson of the Alliance of Women Film Journalists wrote: “I love this movie so much for how it upends the familiar supportive-wife trope in a terrifically feminist way, and then keeps going to shine light on how the smarts and talents of women are constantly belittled…”

Not everything Jonathan Pryce has appeared in is a cinematic masterpiece, but work is work. The actor played the President of the United States in G.I. Joe: The Rise of Cobra and G.I. Joe: Retaliation. This is also probably the most recognizable role Pryce has played in for younger, international audiences. While audiences, especially long-time fans of G.I. Joe, enjoyed the movie’s action-packed scenes, critics were unforgiving of the series, with Rene Rodriguez of the Miami Herald leaving a scathing review of the first installment: “It’s just stupid and inept, which are not uncommon traits at the tail end of the summer movie season.”

4. Pirates of the Caribbean Franchise

Jonathan Pryce plays Governor Weatherby Swan, the father of Elizabeth Swann (played by Keira Knightley) in the Pirates of the Caribbean franchise. A supporting character in the franchise, Pryce still delivered his scenes memorably, making the films a must-see for anyone who wishes to see more of Jonathan Pryce on screen. Pirates isn’t everyone’s cup of tea, but the movies are still going on, with two back-to-back Pirates films planned to be released soon.

Fans of Game of Thrones would recognize Jonathan Pryce playing The High Sparrow more than anywhere else he may have appeared in. Jonathan Pryce played his character for 12 episodes of Game of Thrones in Season 5 and Season 6.  In an interview with Time Out Shanghai, it was revealed that he initially turned down the Game of Thrones role, saying that the particular genre of the books the show was based on didn’t interest him. “I turned it down initially because that genre of literature and of TV doesn’t attract me; I don’t read that kind of stuff. But when they came back five seasons later offering the High Sparrow, the show had become this huge international sensation. I could see that it was done incredibly well, and that this character was really interesting. I’m glad I ended up doing it; I had a great time.” When asked what he particularly liked about the character, Pryce said, “The High Sparrow comes into this very successful TV series five seasons in, and does he change the situation? Yes he does. The storyline could not have existed without him; it was very well written.” He continued by saying that he disagrees with how fans see the character he played: “Well, the High Sparrow uses his power in a very dangerous way. When people used to describe him to me, they would say he’s a bad guy, he’s horrible, and I would say no, no, he’s a good guy – but he’s only a good guy in my head. I have to think about what he’s doing is right and proper in a way, but that mix of power, fundamentalism and zealotry is a dangerous and unattractive one.”