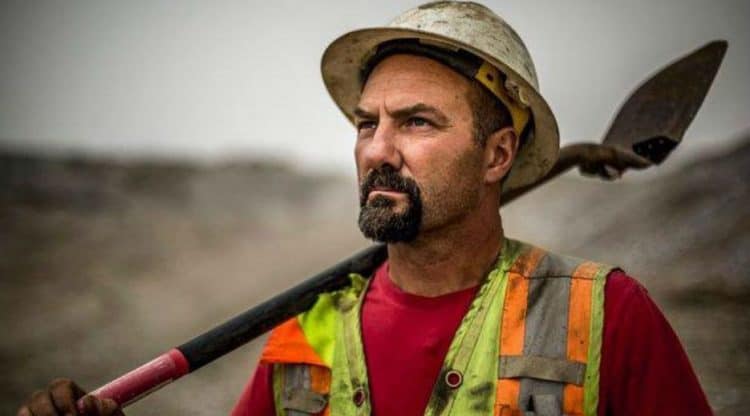 Dave Turin is a member of the cast of the popular television series “Gold Rush: Alaska.” Turin is an expert on mining and quarry. He is also a member of the Hoffman crew on the show. Although he didn’t mind with the group, he was brought in by Todd Hoffman as an advisor for the second season of the show. For fans of Turin who want to know what he’s been up to, here are 10 things you didn’t know about Dave Turin.

1. He was a part of his family’s quarry operation

Turin previously worked at a successful quarry as a miner and quarry expert. The quarry was owned by his family but Dave was bitten by the gold fever bug. He quit his job with the family quarry to go out on his own pursuits. He made the life choice to become a full-time miner. He vowed to bring back gold and this endeavor has become his passion.

Dave Turin is not a professional actor, but he has appeared on several different television shows. He is now considered to be a reality television celebrity because of the many appearances he has made on a variety of reality series. In 2013 he appeared in a television mini-series documentary called “Gold Fever.” He appeared in four episodes of the show. His role as a member of the cast is as a gold miner. His first appearance in “Gold Rush Alaska” was in 2017 for a total of 5 episodes, but he did appear in “Gold Rush: South American” for four episodes in 2013. Prior to that, he was a member of the cast of a television movie documentary called “Do or Die” in 2012, followed by “Gold Rush: The Dirt,” and then back to “Gold Rush: Alaska.” In 2019 the producers dedicated 5 episodes of a reality television series specifically to his operation in “Gold RushL Dave Turin’s Lost Mine.”

3. He got the nickname Dozer Dave

Turin spent several years working beside Todd Hoffman. He was given the nickname Dozer Dave. This is because of his amazing skills in operating a bulldozer which is a necessary piece of equipment used in mining for gold. Dave learned his dozer skills at his family quarry and it carried ove to his own mining operation later. He ran the dozen for Hoffman and the nickname seemed to be a natural evolution, and it just stuck.

4. He went from working a family business to his own operation

Dave Turin previously worked at the quarry owned by his family for years. He was bitten by the bug that compels a person to go in search of gold and his method of choice in mining in the earth. Dave takes a unique approach to prospecting for gold though. He goes in search of abandoned and lost mines in order to resurrect the old claims and go after the gold that was left behind by miners from yesteryear.

5. He’s a gambling man with his career

Dave takes calculated risks. We’re not talking about poker tables or gambling halls. His gambles involve investing his life savings into a gold mining operation in a high stakes bet that his team of “very inexperienced miners” will discover and have the ability to mine gold. What makes this even riskier is that he chose an old abandoned mine as the site to work. This mine has already been worked and it was abandoned years ago. The risk is compounded by the fact that he and the team are also using old equipment that has been salvaged. All of these factors combined together to make his investment a huge risk as he has placed his entire life savings on the line. You can catch the action on episode 2 of the first season of “Alaska Gold: Dave Turin’s Lost Mine.”

6. His show is worth watching if you want to learn what to do and what not to do

We encourage anyone who is interested in taking the leap of faith into becoming a gold miner to watch Dave’s show because you can learn a lot from his experiences. Dave Turin is an expert in his field and you can see him in action on the series. This isn’t staged, it’s a real-life gold mining operation. For episode 3 of Season 1 of “Dave Turin’s Lost Mine,” you find out just how much pressure can be involved in a venture like this. The episode hones in on the mounting pressures that Dave and his mining team experiences when their mining efforts hit a standstill. Nobody can figure out why this has happened, but it’s very much a part of the whole experience of gold mining that you have to be prepared for. You can see for yourself how easy it is to hit a snag that makes you go back to the drawing board to problem solve. Mining for gold isn’t as simple as digging in the ground and pulling out the gold. There is a lot that goes into it and there can be a lot of complications along with way.

7. He’s not an Alaskan native

Many of the cast members we’ve seen on “Gold Rush Alaska” shows were born and raised in the state, but Dave Turin is not one of them. His mining operation is currently located near Helena, Montana. The franchise is a part of the Discovery Channel show but there are several variants or spin-offs from the original series that take miners to different parts of the world. In Turin’s case, he is originally from the state of Oregon, and he’s been all over the world with his crew. They did try their luck in Alaska’s Yukon region, as well as in South America, but now they’re in the state of Montana.

Dave Turin is following his passion and his dream of striking it rich by hitting the mother lode. This is something that prospectors and miners have been doing for centuries so there is nothing new it that. What makes him so unique, and so inspiring is that he’s doing it at a time when the nation is undergoing very difficult economic times. Turin acknowledges that he began at a time when the country was going through a severe recession and with many unemployed, wishing they could go out and find gold and solve all their financial problems, he put his money where his mouth was. Instead of just dreaming or talking about it, he took a hell of a chance and sunk all his money into gold mining. He’s doing what so many want to do and wish they could. The thing is that it takes a significant investment to outfit a crew and buy the equipment that is necessary. Many of the viewers get to live their dream through the show and although they’re sitting by the sidelines, it fuels their imaginations with all of the “what ifs.”

9. He grew up in a large family

When Dave Turin was growing up there were six in his family. This was a good-sized crew for running a family operation. In his home town of Sandy, Oregon, Dave and his three brothers all worked at the family’s rock quarry. The company is called Mount Hood Rock Products, and Dave is still a co-owner of the operation, but he’s off doing his own thing, leaving the business to be run by his three siblings. This was an important part of Dave’s life because it’s where he learned how to mine. Granted the quarry isn’t for the purpose of mining for gold, but it’s still considered a mining operation as they procure rock products fro sale to the public.

10. His show could go on for decades

Although we’ve not heard what the future holds for Dave Turin’s show, there is a possibility that it could continue on for the rest of his working life at a minimum. Turin has discovered a niche that provides him with over 3,500 mines listed as abandoned in the state of Montana alone. If he were to stay in this one area, there are enough old abandoned mines to explore to keep him busy mining and filming for the show for the rest of his life. The show is currently very popular with viewers and the viewership of the Discovery Channel’s “Gold Rush” franchise is being watched by more than 250 million viewers throughout the world. It’s aired in 300 countries and available in 70 languages so the potential is there for a long future for the show.