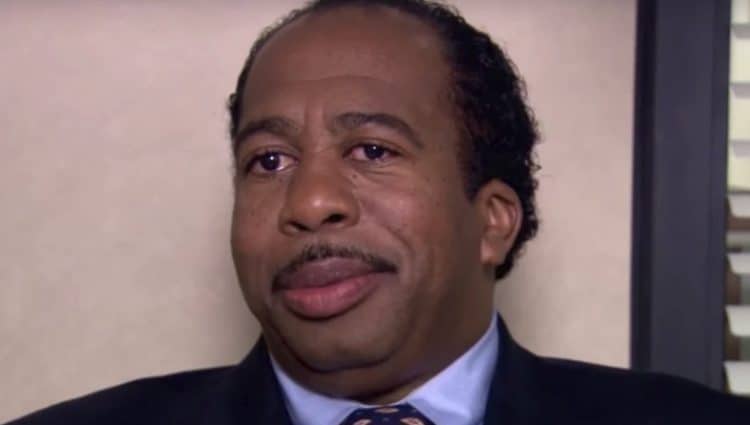 There are some actors that don’t seem like they’re much to look at but then you see them act and find that you’re simply blown away. Leslie David Baker fits that mold pretty well and can easily wow the audience with his acting skills since he is one of the funnier guys around despite looking like he’s about ready to nod off half the time and simply not care the other half. That kind of acting is what’s made him so popular however since it gives Leslie that kind of air that he’s either above it or removed from it all in a way that suggests he doesn’t have to care so long as things go the way they should. But when he does get animated it’s even better since it’s a great surprise that comes out of nowhere and leaves people floored the first time they see it and wanting more when he goes back into that surly shell.

This is probably the most obvious thing about him that most people either should or already do know, but it bears repeating all the same. He was one of those figures that people either liked or didn’t pay much attention to largely because the show had a lot of different personalities for people to keep up with and could only spend so much time on any one of them during an episode.

9. He’s in The Happytime Murders.

Let’s call this movie what it is and say that it’s entirely messed up from start to finish just based on the trailers that have been released. A show where puppets are getting blasted to pieces and behaving in sexual ways isn’t really something that we should be railing against, but calling it insane, loony, and out of the norm seems pretty fair.

8. He’s been in commercials.

Everyone managed to get their start somewhere and Leslie is no different since despite the fact that he’s very good at what he does he had to come from somewhere at some point and his acting had to have a beginning.

Being a teacher is no joke and it’s not an easy job, but teaching students that have serious mental and/or behavioral issues is even harder. It takes a great deal of patience, not to mention time and effort, and is not for everyone, and especially not for those that can’t be patient with kids in the first place. So kudos to him for taking the time.

6. His character was written based on the kind of day he was having during the audition.

It’s funny to think that Stanley might never have been selected for the show or even presented as the same person if Leslie hadn’t been having a bad day. He was so frazzled and in such disarray by the time he got to the audition for The Office that one might have thought that he was going to botch entirely. But upon looking at him and listening to him the producers gave him the job without question.

Let it never be said that a bigger guy can’t make a video with scantily-clad women dancing all around him. After all, the Notorious B.I.G. did it, right? Of course this was kind of a one-off and nothing ever really came of it, but the effort is funny all the same.

4. He’s been a guest on several other shows.

Leslie has been around when it comes to being a guest star and he’s seen the sets of many a different show in his career. He’s also been in a few movies and increased his reputation throughout the years by keeping himself busy in show business.

He has two different degrees in two different disciplines so it’s fair to say that if he wasn’t acting he’d be doing something that was equally or even more worthy of his time since he is a pretty smart guy and knows how to apply himself when he feels the need.

It’s hard to think that it’s been over two decades now since the 90s started, but back then a lot of actors were just getting settled into their career and making their way forward as they began to accumulate roles and fans alike.

1. He was never interested in a return to The Office.

A while back it was mentioned that a lot of the cast would love to see The Office return if only for a short time. Some stated that they’d be glad to come back for a short period while others like Leslie were already comfortable in other projects and didn’t express the need or the desire.

He’s a funny guy, that’s really all that needs to be said.