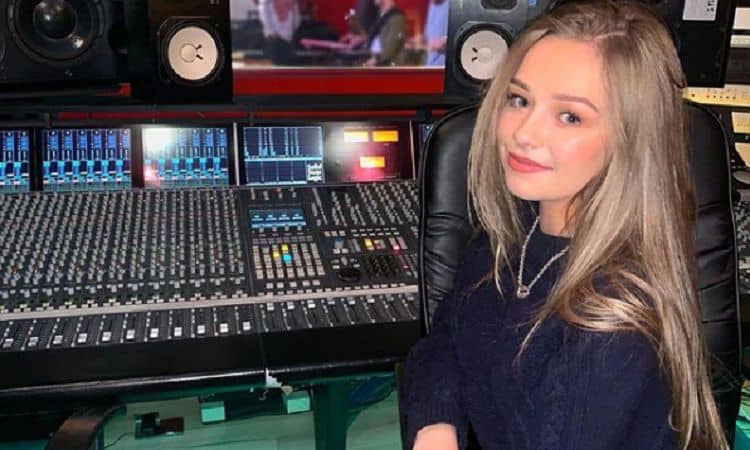 Connie Talbot is a teenager who knows how to keep the hope alive. Twelve years ago, she competed in “Britain’s Got Talent” and made it to the finals but did not get a recording deal. Connie did not give up, thus returned to “Britain’s Got Talent: The Champions” in 2019. Unfortunately, even the second attempt was not successful, but that does not mean she has been waiting around doing nothing; she has several albums to her name. Learn more about this singer who did not let being toothless stop her from auditioning before Simon Cowell.

It may take years for some of us to recognize our abilities; some even go through adulthood, still wondering which career best suits them. Luckily, for Connie, her late grandmother, Violet, had an eye for talent and knew that her granddaughter was gifted musically. When Connie watched “Wizard of Oz,” she sang along to the songs repeatedly, and Violet knew that Connie had great vocals.

2. She likes being creative

The creative industry is not limited to singing alone, as Connie reminds us. In her interview with Birmingham Living, the singer said that she likes being creative hence prefers not only to sing but write her own songs. She does not necessarily have to write the lyrics before finding the beat; sometimes, it is the other way round. Her musical abilities also extend to playing instruments, and the girl boasts of playing the guitar and piano.

3. Her parents wanted her to have a normal career

Most famous people have fallen out with their parents due to their career choices. Lloyd Nolan, for instance, sidetracked his parents by refusing to join the family business of shoemaking and instead became an actor. Connie is, on the other hand, determined to be a singer, but her mother insists on her getting an education so that she had a fall back plan in case music does not work out. Connie’s mother especially knows that her daughter is bright and was happy to learn that even the career coaches in Connie’s school advised her to use her strength in sciences to make something of her life.

4. She dropped out of school to concentrate on music

A 16, Connie seemed like she was heeding her mother’s advice about taking her schoolwork seriously to have a fall back career. However, the tune changed when Connie was 17; she decided furthering her studies would hinder her from success in music. The teenager decided to quit her studies and focus on her music. She wanted to do both, but as she said on Twitter, she is not Wonder Woman. She added that since music is her only passion, she would give it her all.

5. Simon Cowell wanted to sign her to his label

Anyone who has watched “America’s Got Talent” knows that impressing Simon Cowell takes a lot of work, yet Connie, at six years old, wowed him with her performance. Connie was on “Britain’s Got Talent” debut season, and Simon even said that they would not be where they are today if she had not come on the show. Connie, at the time, was focused on putting on a good show for Simon, which she did, although right now, when she looks back, she thinks that she was singing like the chipmunks. Still, it was good enough for Simon because, according to The Sun, he wanted to sign her to Sony BMG but decided against it since she was very young.

6. She did not mind not winning in her first attempt at “Britain’s Got Talent.”

Not many six-year-olds would have the courage to stand in front of a panel of judges and sing their lungs out, but Connie did. As she recalls, she had no teeth and was extremely small, yet she wanted to put herself out there and try her luck. Still, the girl did not expect to make it to the finals, but she did. Although she did not win, Connie was not upset; to her, the experience was far much more rewarding.

7. She did not know what her fall back plan would be

They say if you do fail to plan, then you are planning to fail, but Connie’s musical career trajectory proves this saying wrong. Despite her parents hammering the need for education so she could have an alternative career if music failed, Connie did not see the need to plan. As reported by Daily Mail, the songstress confessed that she had no idea what she would do if music did not work out. Luckily for her, it has been successful, so no need to worry.

While the rest of us are struggling to get at least a thousand followers on our social media, Connie only has to post one picture, and thousands of people will like it. Most of us would call them fans, but she prefers to call them her “friends.” According to her, “fans” is an arrogant way of calling those who like her music. Well, she has quite a considerable number of friends; on YouTube, Connie has 1.71 million followers while on Instagram, she has 250k followers.

9. She has worked with renowned music producers

Connie’s talent has taken her places and has seen her working with the best of the best in the music industry. At only 11, the songstress went to Los Angeles to work with Toby Gad, a music producer who has produced songs for BeyoncÃ© and Demi Lovato, among other musicians. She has also worked with Kipper Eldridge, and her proudest moment in 2014 was getting to record her own song in the studio with him.

10. Her parents are very supportive of her career

Connie made it clear that while most people assume that parents use their children to become famous, her parents are not like that. They did not push her to take music, but instead, she pushes herself, and her parents only encourage her. Connie’s parents are so supportive of their daughter’s career that while her mother helps to record the videos, she posts on social media, her father sets up the microphones.