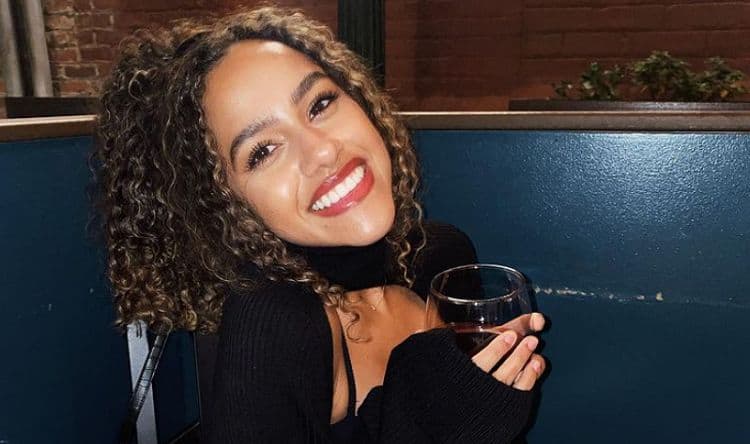 The Bachelor is back, and we have 31 women to get to know. Except, honestly, we don’t because Clayton Echard has already sent a few home. Teddi Wright is one of these 31 women, and she’s got some goals, some dreams, and a lot going for her. While we are not sure how far she will make it this season or what she will bring to the table as far as romance, we have taken the time to get to know her a bit, and she is a lovely human. We do know that she and the bachelor did have some instant chemistry, and that is a good thing. He shared his first kiss of the season with her, and that is a huge deal. Here is everything you should know about the woman trying to win Echard’s heart.

She’s 24, which means she’s among the youngest of the women competing this season. What does Clayton think about a younger woman? Honestly, we don’t know. He falls in the middle of the age range of his lady love hopefuls, so he might go either way.

2. Give her All the Pasta

Favorite food, hands down – pasta – for so many. She is into pasta, and she’d have it for every meal if someone would allow her to do it. She is right there with the rest of us, honestly. Pasta is life, and anyone who disagrees should not be trusted.

She’s a nurse by trade. She went to school, she studied hard, and she is doing what she loves. She’s a surgical nurse, too, so she does the hard work. She is with doctors assisting in the surgical needs of her patients, and that is something that requires ample knowledge and training. It also requires a great deal of patience and serious thick skin.

4. She Had a Strict Upbringing

Her family life growing up was stricter than most. Her family was very strict about their Christianity, but she’s not someone who is as strict in her adult life. She does things on her own terms and focuses on things that bring her joy and pleasure more so than on the way she was raised.

5. Settling is Not for Her

She won’t do it, and it is not an option. The thing is, she’s not wrong. She won’t settle for anyone or anything that is not bringing something of value to her life that is right and honest. She’s going to make that very clear, and we are happy she is.

One thing that many people will learn about Teddi is that she is a woman who asks hard questions. She’s not looking for a fairytale answer, either. She wants honesty. She respects it. We imagine she has the same standard feeling the rest of us have; just be honest and tell the truth upfront and let people learn you own your mistakes, your life, and your history.

7. She Believes in Instant Connections

Whether this means she believes in love at first sight, we don’t know. However, we do know that she is a woman who knows a thing or two about how she feels, and she feels good about being connected to someone instantly. She’s looking for that, and we are glad she is honest about it. She has no desire to find someone and not connect with them immediately. It’s not right.

8. She Had a Strange Fear

We don’t say that lightly or mock. Fear is a very real thing, and we are all afraid of something. When someone is afraid of something, it’s best to respect that and not mock it. However, we are kind of laughing about Teddi’s childhood phobia of ladybugs. They’re so cute, and they are a symbol of good luck. But, for Teddi, they were just terrifying when she was a child.

9. She is A Fan of Relaxation

Who isn’t? She really loves a good massage, though. If we could ask her one question in real life, we’d like to know how often she makes time for a good one. We love them, and we don’t make nearly as much time for them as we should even though we say it every year we’re going to do it every few weeks. Life is busy, there’s so much on the calendar, and relaxation doesn’t always make it to the top of the priority list, unfortunately.

10. She Loves Her Family

She is a woman who loves her family, so we suspect she requires her family to love her future husband and he them. She spends a great deal of time in Southern California with her family. They all live there around the same area she does, so it helps to be so close.