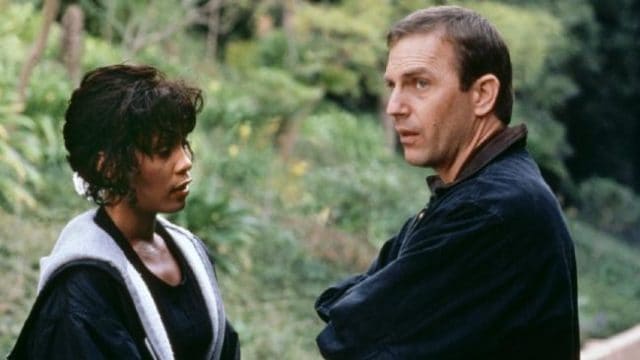 I’ve never considered The Bodyguard to be that great of a movie.   The reality of it is that it’s not a particularly good movie but to some people it’s kind of turned into a cult classic.  Perhaps because it starred Whitney Houston or perhaps because it’s got that early 90s feel that Showgirls had?  OK that was harsh but truth be told even though it’s not great, it’s definitely entertaining.  When I look back on the film there’s one scene in this movie that most directors and film buffs would actually consider quite impressive by cinematic standards.

In this fight scene between Frank and Tony (Tony is the guy that played Frenchie in Goodfellas) there isn’t a single line of dialogue and yet you see very quickly how Frank establishes his dominance over Tony.  It isn’t until the very end of the scene that you see Frank say “I don’t want to talk about this again.”  Not many fight scenes can do this much speaking without any dialogue and when you look back on this, it’s pretty impressive.