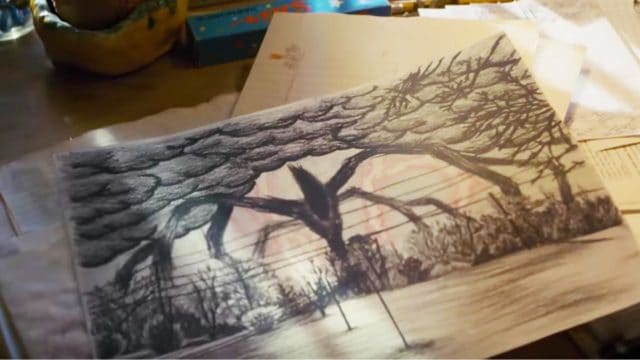 In part 1 of Stranger Things season 2, we learned that nothing is normal in Hawkins. In part 2, things got tense, and everything was bubbling to the surface. Now join us for our review of the final three episodes of season 2 of the hit Netflix series. [WARNING: SPOILERS AHEAD]

The final episodes of season 2 are, unfortunately, some of the weakest, and the season ends up falling flat to a certain extent. Episode 7, “The Lost Sister,” is without a doubt the worst episode of the season, focusing entirely on Eleven’s interaction with her “sister” Kali, the girl with the “8” tattoo introduced in episode 1. Everything about Kali’s character, her friends, and the entire plot of the episode is, in a word, pointless. There is literally no reason for Kali to be in the show. She is introduced as a side-story, and her interaction with Eleven contributes nothing to the overall plot.

“The Lost Sister” has a lot of problems. For one thing, it focuses entirely on Eleven and Kali, rather than switching around to other plot lines. Though it could have been a nice change of pace, instead it feels like a segment that won’t end, mostly due to the fact of how boring, predictable, and just plain dumb the episode is. Kali is an unredeemable character who’s motivations and intentions are not entirely clear. Does she genuinely care for El, or was she just using her powers to continue her own path of revenge? Does she even care about justice or is she just a sociopath? There is little point to her character and season 2 would have been much better had she, and her friends, not been included at all.

The only thing we get out of “The Lost Sister” is that El finally realizes she has to go home, that Hawkins and her friends are her home. The realization isn’t even well-earned, and could have been done in a faster, less-long-winded way. But, at least she’s headed home, the first of many plot lines that start coming together. And that seems to be the connecting thread here, coming together. As pointless and brief as it was, Eleven and Kali come together as “sister” of the Hawkins Lab experiments. Later, all those involved in the first season, plus Max, come together for the final fight against the coming shadow monster.

But before all that happens, there’s the aftermath of Will’s trap for the soldiers. It turns out that Will, being part of the hive-mind of the Shadow Monster, later named the Mind Flayer, acts as a spy for it. Meaning, if Will knows where they are, the monster can send the demogorgon dogs after them. And it does just that, attacking everyone in the lab and forcing Joyce to sedate Will so they can escape without the creatures knowing. Bob is the hero of the escape in episode 8, and he’s what makes the episode so good, especially in comparison to the previous chapter.

Bob exhibits the spirit of the first season, using his nerdiness to save the day by getting Joyce, Will, and Hopper out of the Lab to safety. He is also the focus of a series of well-done monster movie sequences, paying homage to the genre while still keeping things tense and frightening. Bob, unfortunately, does not make it out alive, but he manages to save his family in the process, who meet up with the rest of the gang. Though everyone coming together is satisfying, after spending so long separated into different stories and groups, it’s kind slapped together, the only real real downside to the episode.

The reunion between Jon and Nancy and Will and Joyce is kind of sloppy, mostly because the side-story of meeting with Murray was off-beat and it’s never quite addressed why Joyce didn’t call Jonathan earlier. Further, Jonathan and Nancy just happen to arrive at Hawkins lab at the same time as Steve and the rest of the kids? It’s not the weakest of the reunions either, since Eleven shows up later to take care of the Demo-dogs just in the nick of time, showing up SUPER late to the party when she should have never left in the first place. Of course, the episode is, overall, the best of the final three, setting up something big to come.

As we roll into the last episode, things start happening, continuing to build up to a final showdown. Will’s family takes him to sweat out the Mind Flayer’s virus so that Hopper and Eleven can close the gate and kill the infected demo-dogs. Meanwhile, not wanting to sit on the sidelines, the rest of the gang plans to distract the demo-dogs by attacking the vines. Though the action here is satisfying and feels like a fitting climax, things once again become very scattered. Everyone is working together to close off the upside-down completely, and despite happening on separate fronts, it’s the most exciting part of the season.

It all comes to an end as the virus leaves Will, the group momentarily distract the demo-dogs and Eleven telekinetically closes the portal to the Upside Down, which is easily the most badass moment of the season. She uses her anger at her past to completely close the portal and annihilate the Mind Flayer as it tries to push through. Thanks to Eleven, the world is safe from the monsters of the Upside Down and everyone can finally move on to a normal life. It is a satisfying climax to the season, but what follows is not quite as satisfying.

Stranger Things really pushes the romantic relationships this season, and it drags everything down. Steve and Nancy’s breakup is handled poorly and is brushed over. The season could do without the love triangle between Max, Lucas and Dustin, which seems to be the only purpose Max’s character serves. Nancy and Jonathan’s relationship is sparked by a creepy drunk conspiracy theorist, and sort of ignored afterwards. Finally, Eleven and Mike, who’s relationship didn’t need to move beyond friends, is escalated quickly at the last minute, leaving us with an unsatisfying ending at the middle school dance.

Some other loose ends are tied up; Hawkins Lab is shut down thanks to Murray Bauman’s leak to the press, bringing justice for Barb. Hopper receives a false birth certificate for Eleven under the name Jane Hopper. And to top everything off, during the dance there is a teaser that the shadow monster is looming over the school in the upside down, implying he might come back for season 3.

Season 2 of Stranger Things started off strong, struggled in the middle, and hit the right high points in the final episodes. However, there are quite a few low points that make this season feel inferior to the first. The various plots are far too scattered and all the new characters introduced, save for Bob, serve little to no purpose. Kali contributes nothing to the plot, Max only acts as a love interest for Dustin and Lucas to fight over, her brother Billy serves no purpose other than to be an a**hole, and Murrary Bauman’s plot with Nancy and Jonathan is a distraction at best.

Stranger Things Season 2 doesn’t manage to surpass the original, but it’s not without its merits. It has a strong opening and keeps things exciting in the final moments. There are some genuinely badass moments, but they are weighed down by pointless characters and plot lines. To put it simply, season 2 could have been streamlined into something less scattered and more focused.

Stranger Things has earned itself a third season, so stay tuned for news and updates!