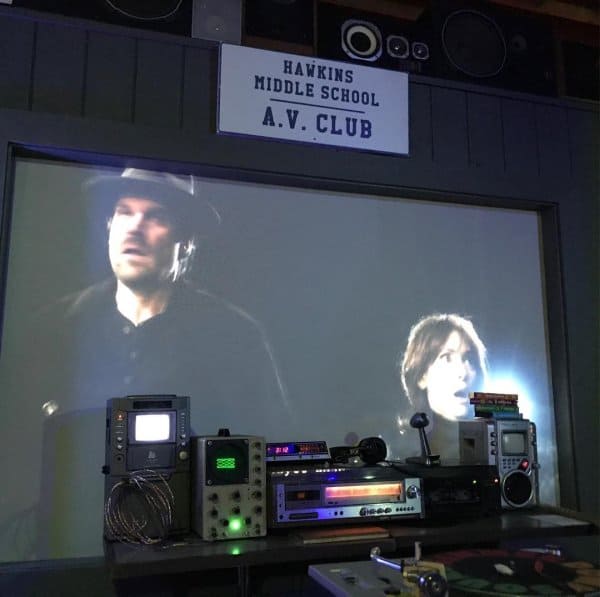 This shows you how insanely popular the Netflix show Stranger Things has become. TV shows are still a main part of pop culture and are represented in a number of different ways. Recently this pop-up bar was opened up in Chicago and it will last through the last week of September. It’s kind of sad to see such a thing come and go, but to be honest once the season starts back up it would be jam-packed no doubt with people wanting to sit in and discuss each episode in earnest. But all good things must eventually come to an end so it’s important to enjoy them when we can. 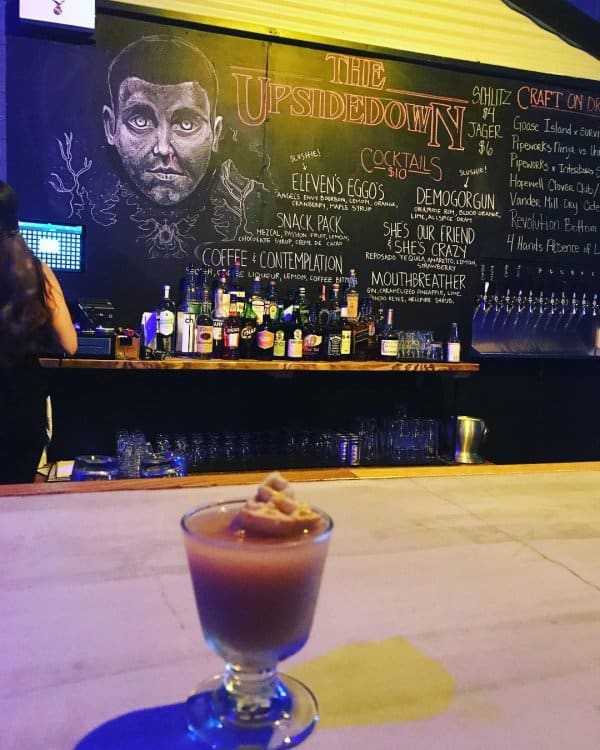 There’s no food served at this bar but they’re definitely good for a few drinks. Two of them are actually slushies named for the two most powerful beings, that we know of so far, in the series. For Eleven it’s a cocktail that has the faint hint of maple syrup and an Eggo waffle as a garnish. For Demogorgon it’s a bit of rum and blood orange with lime and a couple of other ingredients. Sweet and slightly salty vs. dangerous and over the top, sounds about right. 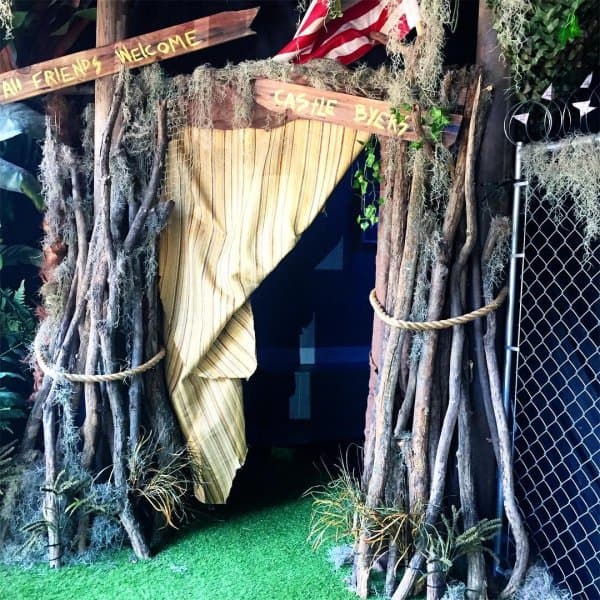 You even get to see Will’s sanctuary away from his tormentor for a while. But don’t worry, Demogorgon won’t come knocking down this fort any time soon. 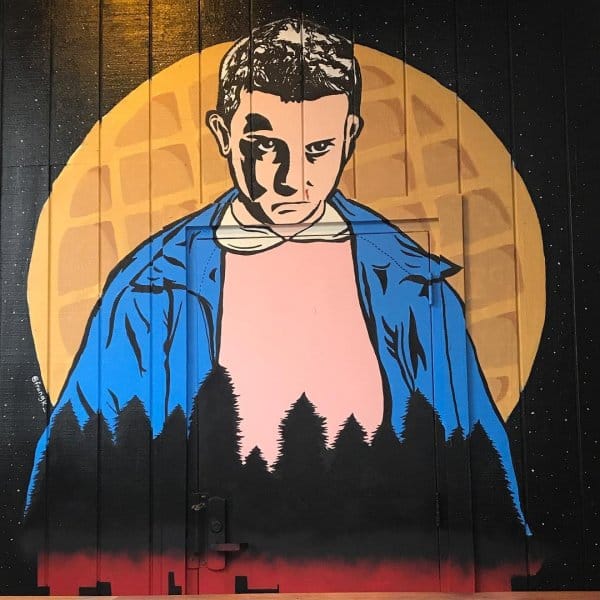 This is a great play Â on the theme. Eleven stands resolute as behind her sits her favorite treat. It’s definitely a humanizing effect that the heroine of the story is a young girl, and that she loves a food that is so well known to so many. The effect is that Eleven, no matter that she’s something other than human, is still essentially just another young person at heart. 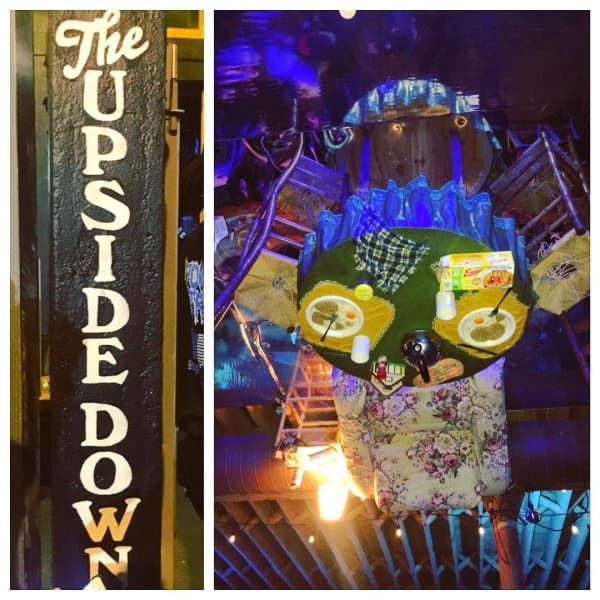 The Upside Down is the name of the place, and it definitely gets the name right as you can see what kind of lengths they went to in order give the place the right feel. 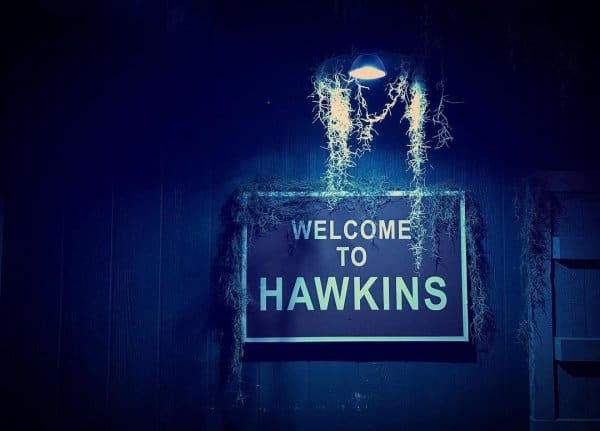 Sometimes it takes so little to get that otherworldly, potentially dangerous feel to a place. This captures the essence of Hawkins so perfectly you half expect to see one of the characters walking around. 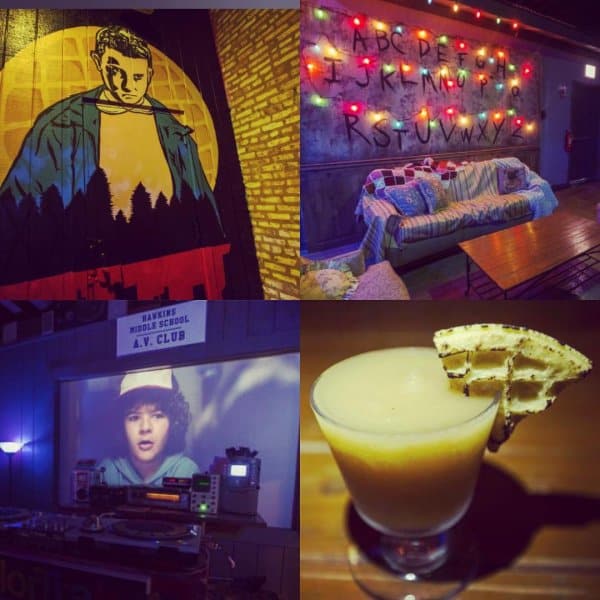 Everything about this place simply screams Stranger Things, from the Byers’ couch and the Christmas lights that are hung to allow Joyce to communicate with her son to the very decor that’s been so carefully selected to give the impression that you’re actually in the show.

Like I said before it’s a shame that this won’t last, but after a while the glamour of it would likely die down, and without knowing yet if Stranger Things will last for a prolonged time it’s safe to assume that letting this place exist for too long would only make it irrelevant after a while.

But for right now it’s absolutely impressive. Somehow I get the feeling that people from a couple states over if not further would actually think about making the trek to this place if they were that big of a fan.