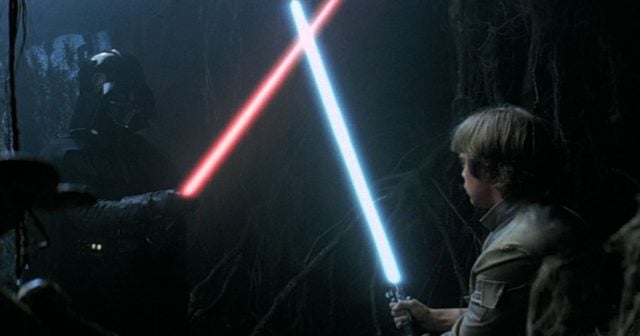 Imagine how much fun it would be if you could be a Jedi knight in real life. There’s no doubt that more than your fair share of individuals have wished this exact same thing. After all, who hasn’t seen the Star Wars movies and then wished that they could actually live out the lives of some of the characters that are portrayed in them? If you’re a Jedi, you’re living a life of honor and you’re working to help other individuals, fighting for something you all believe in. Who could ask for more than that?

While Star Wars is not something that you can experience in reality, unfortunately, you can experience fighting with modified lightsabers. It’s kind of amazing that it took them this long to start doing it, but using devices that look like lightsabers in order to stage tournaments has now become quite popular. In fact, many people are calling lightsaber fighting a new sport.

When you participate in the sport, you don’t dress up as one of the characters in Star Wars and pretend that you’re a real Jedi, but you do fight with something that looks very much like a lightsaber. In fact, this particular sport usually involves some type of martial art discipline with a Star Wars flare. A lot of people that are participating in it have a background in Kendo, which is an Asian sword fighting martial art. The truth is, most of the people that participate in lightsaber fighting take the sport very seriously. As such, they have a tendency to wear a lot of protective clothing because even though they’re not wielding an actual sword, a lot of damage can still be done, especially in the hands of someone that is highly skilled and is perhaps a little too enthusiastic.

All of this arose out of the popularity of the Star Wars movies. This particular activity actually started in someone’s backyard and little by little, it became more and more popular until they started creating sanctioned groups in various locations. Today, it exists in many states and there are sanctioned tournaments that people can participate in. You might think of it as a martial arts tournament that feels a little like going to a galaxy far, far away.

The people that participate in these tournaments are dedicated individuals and they spend a lot of time working on their techniques, not to mention staying in shape so they can compete effectively. There are even championship rounds in the tournaments, effectively creating a system that allows individuals to compete within their own local groups and then branch out until someone is finally designated the champion of the entire sport. This is something that most people that compete aspire to be, so they work very hard to get to that point. Make no mistake about it, this is definitely not a sport for the faint of heart, nor is it a sport for someone that is going to approach it half-heartedly. Instead, it requires a lot of time, dedication and hard work, but the individuals that participate in it consider it to be well worth the effort.