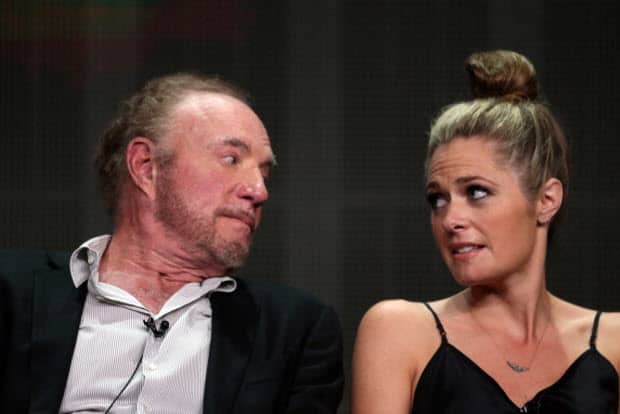 When watching shows like Family Guy and Glee have continued to have success atop the airwaves with fans, giving compelling storylines that make viewers continuously tune in, there are always those shows that just seem to fail before they’re even given a chance to succeed. As we get ready to wrap up another year, we figured we’d list a few TV shows that may have been good enough for a TV exec to approve to shoot, but didn’t exactly pass the eye test from anyone who watches TV, as these are the shows that completely bombed this year.

Remakes of old TV shows can either go one of two ways–absolutely blow-up, or just get ripped apart, there’s usually no in-between. Seeing how Ironside–a remake from the late-60s detective show–only aired for less than a month, it’d fall under the flop category. We had the privilege (if you want to call it that) of actually catching one of the three episodes of this show, and honestly, it was so bad that it was almost funny. That might be good if it was supposed to be ironic, but when it’s a serious drama, not so much.

When you have a headline actor like James Caan on-board for a TV show, that typically gives people hope that he alone will be able to carry the thing for at least a few episodes. Not so fast. Lasting just 10 episodes, Back in the Game honestly had one of the worst plots of the year, taking a down and out former softball player, and reuniting her with her beer-guzzling, estranged dad in hopes they can coach a bunch of outcasts on the baseball field. Yeah, we can see why it failed, too.

4. Welcome to the Family

Hoping to stick with fans like popular family comedies Parenthood and Modern Family did, NBC’s attempt to recreate those two shows came across cheesy and  pretty lame–as it was one of the worst-reviewed shows of the all season. Cancelled after just three episodes, Welcome to the Family proved that even with star power, a show needs good writers to deliver.

Cancelled after just two episodes, Lucky 7 became the first casualty of the fall season, which we’re sure isn’t an honor they’re too proud of having. While the premise had a heartwarming feel to it–as it followed former gas station employees who won the lottery and were followed to show how their lives changed–there weren’t too many folks buying into the concept. You probably wouldn’t have thought that a show produced by mega-mogul Steven Spielberg would flop, but seeing how no one cared to follow the struggles of newly-found millionaires, that’s exactly what happened.

All you should know about this show is that “The Hollywood Reporter” basically hated everything about it–and we mean everything! While funny guys Tony Shalhoub and Kal Penn were casted to help generate some buzz, they did anything but that, basically wasting any talent they have by playing divorced guys who hang out with another guy whose marriage went to shambles, and one who got left at the altar. If that sounds boring to you, that’s the reason CBS pulled the plug on it after just two episodes.

While we admit that shows like Million Dollar Listing and Millionaire Matchmaker have something about them that suck us in to watch, this Married to Medicine was a complete train wreck. Come on now, does anyone really want to watch a bunch of rich wives and their wealthy friends bicker about some of the most ridiculous things ever? Can someone say upper middle class problems? We love reality shows with drama, but not when it involves the gate to the driveway being broken or the pool not being cleaned. The sad thing is that it actually got picked up for a second season, so even though the show “succeeded,” it proved that there really are some serious shallow people out there.