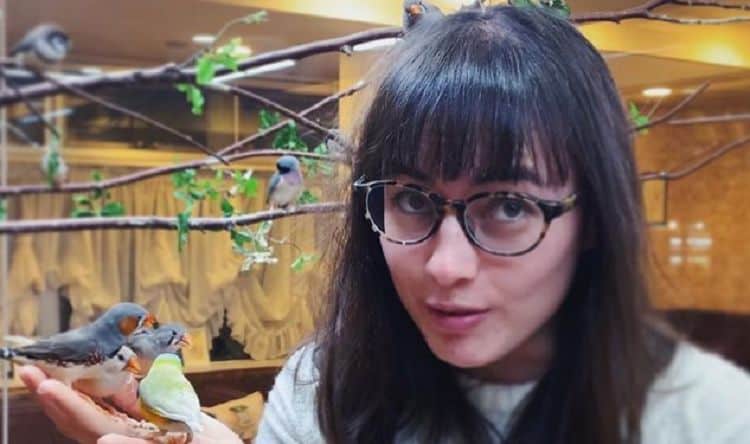 Noemie Nakai is still so young, but she is also exceptionally talented. She’s spent her life focused on being the best at what she’s doing, and it shows in her work. She’s one of the stars of the new Netflix film, “Army of Thieves,” which is the prequel to “Army of the Dead,” and she’s making her rounds as people get to know her, get to know about her, and learn where she’s been and what she’s been up to. She’s someone who has been in the acting business long enough to seem familiar to most, and we thought it might be time to get to know her.

She’s still young, but she’s ready to celebrate another birthday soon. She was born on December 2, 1990, which means she’s currently about to celebrate her 31st birthday. She certainly doesn’t look her age, and that is a wonderful thing in her own line of work.

2. She is from Japan

She was born and raised in Japan, but more specifically in Tokyo. She doesn’t spend much time talking about her life there, so we don’t know who she lived with as a child or if she has any siblings. We do know that she spent her childhood getting an education and dreaming of one day being a very successful and cool actress.

When she finished her primary education, she made the decision to continue her education. She enrolled in courses at Keio University where she graduated with an unknown to us degree. She went into acting after this, so she likely did not have a chance to really use whatever degree she worked so hard to earn, but it is nice to have that on hand just in case.

4. She Had a Different Dream

As a child, she had a dream of doing something very different with her life. She always enjoyed acting, but she thought she would work for the United Nations. Her goal was simply to make a difference in the world and do wonderful things that would help make the world a better place. We think she’s doing just that.

When she’s not busy acting, she’s absolutely making films. Her dream is to be a filmmaker who makes a difference in the world by making important films and educating those who watch them. She’s done so much of it already in addition to acting, and it’s been good for her.

6. She Was Always Careful

During her years in Japan, Nakai was always very conscious of how she was perceived by others. The creative aspect of her life was difficult there, and it was something she was very aware of. Knowing that you must please those around you and do the job the right way right away is difficult, and she was always hyper aware of what her directors thought of her.

7. She Did Not Intend to Direct

She thought of it, but when she began her acting career, it was not as a road to directing. It was more of an organic growth for her. She knew she was going to create in some manner by telling stories, and this was a chance for her to do that in a much different light.

In making movies both as a director and as an actress, she has a goal. Her goal is to give voices and recognition to those who don’t have them. She wants to set out to give communities without a voice the voice that they need to have or might want to have.

9. She’s Not into Imitation

Nakai is a wonder of a woman when you take the time to hear what she says and how she thinks. While she is a woman who looks up to and admires so many different people in the same business as herself, it is absolutely not her desire to be like anyone else or to do the same things as anyone else. Her goal is to focus on things like being the best she can be without focusing on emulating or doing like others.

10. She’s Got the Right Thoughts

She once said that she wants the world to see vulnerability as being what it is rather than being a weakness, and it makes you think. So often, being vulnerable in any capacity is viewed as being a type of weakness – and she is not having that in her own storytelling. She’s showing it for what it is, and she’s not going to stop.